“If you are caught on a golf course during a storm and are afraid of lightning, hold up a 1-iron. Not even God can hit a 1-iron.” -Lee Trevino

When it comes to lightning, you inevitably think of thunderstorms, rain, and the exchange of huge amounts of charge between the clouds above and the Earth. But there's another sight that's perhaps even more spectacular. 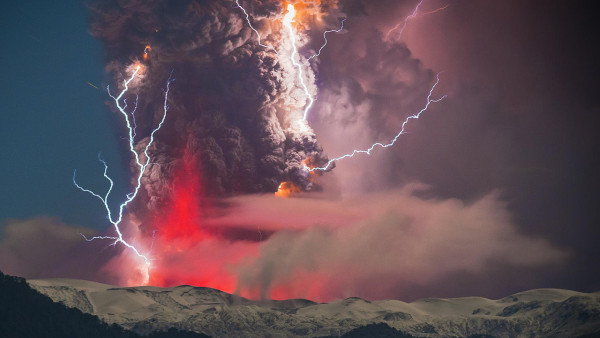 During volcanic eruptions, the high temperatures, volatile atoms-and-molecules and disrupted airflow can create an incredible separation of charge, leading to the remarkable phenomenon of volcanic lightning. 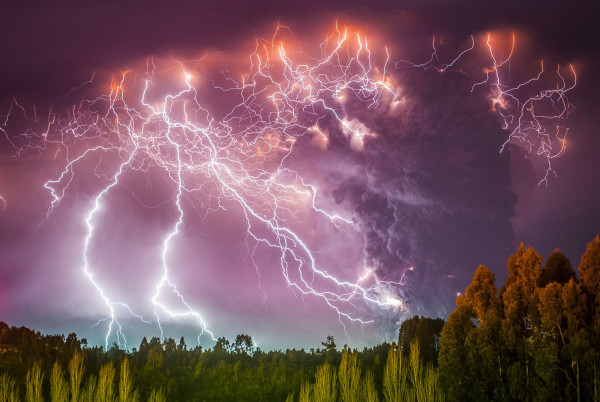 Lightning caused by an electrical storm is basically a sudden electrostatic discharge between electrically charged regions of the atmosphere. Does this same principal apply to volcanic lightning?

Volcanic lightning!! WOW truly spectacular, but I don't want to be caught in the middle of that terrifying volcanic erupting lightning storm.

Is the volts of a natural electric thunderstorm more or less than a volcanic lightning?
u15020216

Is it true that the large amounts of water released by volcanic eruptions fuel these types of thunderstorms and if so, how does it work?
14062543

What an interesting phenomenon this is.

Can one say that volcanic lightning is more dangerous, due to (1) the ionization of neutral atoms and molecules at high temperatures; and (2) the separation of charges, compared to a thunderstorm?

I would imagine that it would be more violent than your common thunder storm however if I were in the vicinity of the volcano I would be more concerned with the volcanic eruption.

Wouldnt it be difficult to clarify the measurement of the electrostatic field around the volcano(causing seperation of charges) due to the different charge configurations caused by the electrostatic field? ( Stephen R,2009). if so, shouldnt we develop more efficient equipment to validate the statement above before any further conclusions?.....

Its fascinating that two natural disasters together can cause such amazing phenomena, certain communities live next to volcanoes, therefore if communities experience such phenomena's is it lethal for the population to be near by such activities? Have there reported any deaths of individuals in such a disasters?

If one thinks about the amount of heat and energy a volcano can give off, could it be possible that volcanic lightning has the ability to cause greater damage to an object - if it hits a particular object - than normal lightning? Also, is it possible that a volcanic storm can move, like a normal thunderstorm can?

Lightning caused by an electrical storm is basically a sudden electrostatic discharge between electrically charged regions of the atmosphere. Does this same principal apply to volcanic lightning?