“When I was a kid, my world was five streets long. I never got away, except in books. I lived a thousand lives through books.” -George R.R. Martin

If you aren't enthralled by Game of Thrones (or for you bibliophiles, A Song of Fire and Ice), have I ever got an introduction for you. First, enjoy the Forte Tenors sing their tribute to the title theme of the show -- in high Valyrian -- along with a spectacular spectacle of a music video:

And then imagine this spectacular world... in the Walt Disney Universe! 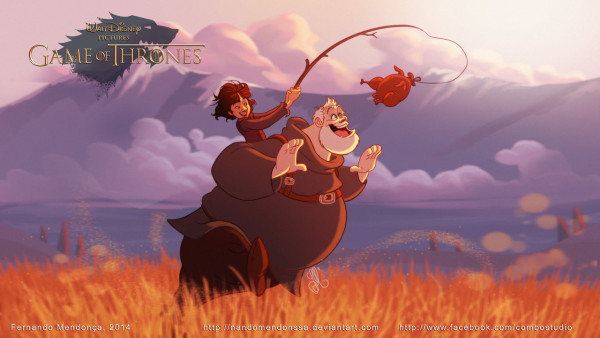 Quite fantastically, two Brazilian artists -- Fernando Mendonça and Anderson Mahanski -- have teamed up in a venture they call Combo Estúdio, where their greatest achievement has been to create an ongoing series of Game of Thrones scenes and characters, reimagined as "Disneyfied" versions. 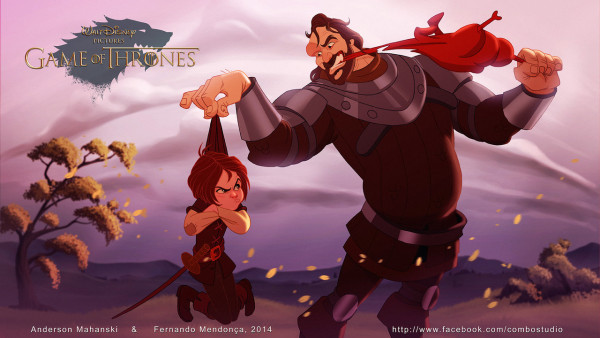 Go enjoy the whole thing at Starts With A Bang, and have a great weekend!

My favorite is of Gregor "The Mountain" Clegane playing a happy game of 'guess who it is' with Prince Oberyn Martell.

I have never seen the series, what are the 3 avocado looking grenades in the wooden cigar box for?

The "avocado looking grenades" are dragon's eggs, which in this video appear to have been made in miniature by Fabergé.