“Without any doubt, the regularity which astronomy shows us in the movements of the comets takes place in all phenomena. The trajectory of a simple molecule of air or vapour is regulated in a manner as certain as that of the planetary orbits; the only difference between them is that which is contributed by our ignorance. Probability is relative in part to this ignorance, and in part to our knowledge.” -Pierre-Simon Laplace

Originating from well out beyond the planets we're accustomed to, the cold, icy worlds of the outer Solar System normally roam in isolation, hardly noticed by anything at all in the Universe. But once in a while, a gravitational interaction will cause one of those bodies to fly towards the Sun. 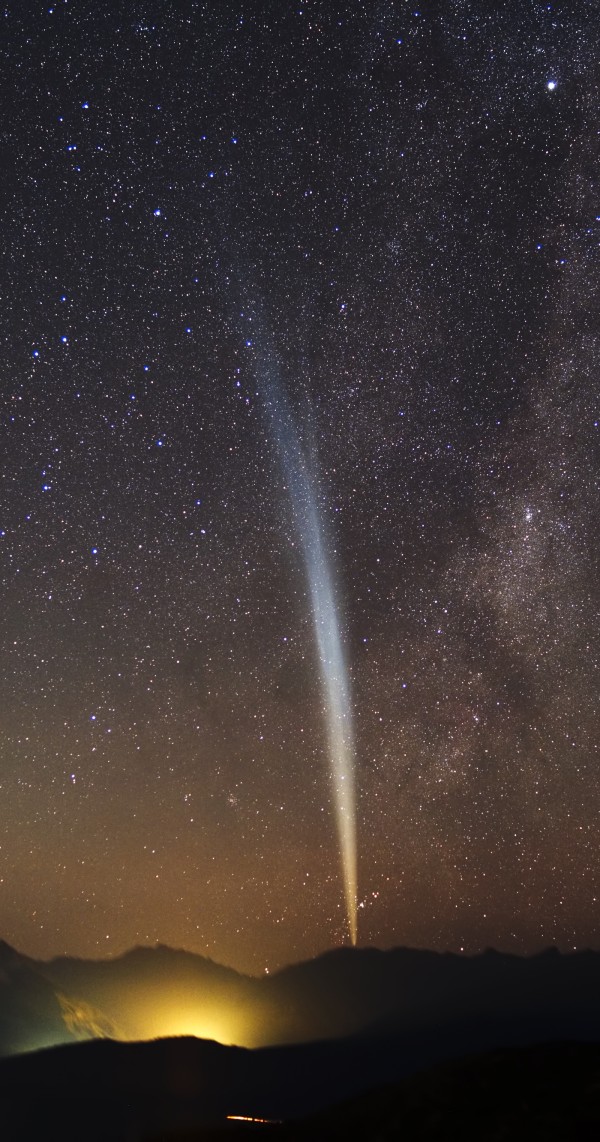 Comet Lovejoy seen on the sky in the vicinity of Santiago, Chile. The image was taken by ESO Photo Ambassador Yuri Beletsky. See more of his images in the Archive.

And when it does, all sorts of interesting phenomena will develop, including tails, a coma, and a variety of spectacular colors, all taking place at breakneck speeds. What causes all of this?

Come get the story -- in pictures, videos and no more than 200 words -- on this edition of Mostly Mute Monday!

What is a meteor shower, anyway?

"That's why I enjoy taking myself out of my own element, my own comfort zone, and hurling myself out into the unknown. Because it's during those scary moments, those unsure steps taken, that I am able to see that I'm like a comet hitting a new atmosphere: suddenly I illuminate magnificently and…

Ask Ethan #8: The Comet of the Century?

"I have just gone over my comet computations again, and it is humiliating to perceive how very little more I know than I did seven years ago when I first did this kind of work." -Maria Mitchell Well, it's getting close to the end of October, the Moon is waning towards its new phase, and -- at least…

Comments of the Week #49: from the Big Bang to a bottomless pit

“In this land of ours, there are many great pits. But none more bottomless than the bottomless pit. Which, as you can see here, is bottomless.” -Grunkle Stan, Gravity Falls After another week of fun-filled stories about the Universe here at Starts With A Bang, it's time to take a look back at…