“Lost — yesterday, somewhere between sunrise and sunset, two golden hours, each set with sixty diamond minutes. No reward is offered, for they are gone forever.” -Horace Mann

The beauty of a sunset (or sunrise) is rare and unique, happening but once a day for those of us on Earth. But aboard a spacecraft like the ISS, these are sights that happen sixteen times a day. 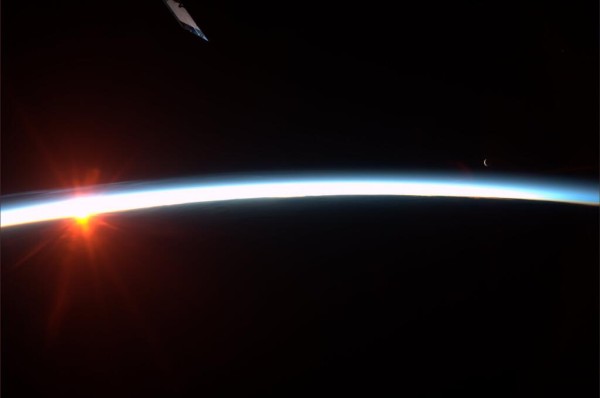 And while we're used to dramatic, slow sunsets where it takes between two and three minutes simply for the Sun's disk to drop below the horizon, it takes mere seconds for the Sun to go from a barely-visible red glow to a brilliant, blinding white. In the space of a few breaths, the entire thing is over, a sight that only around 500 people have ever experienced firsthand. 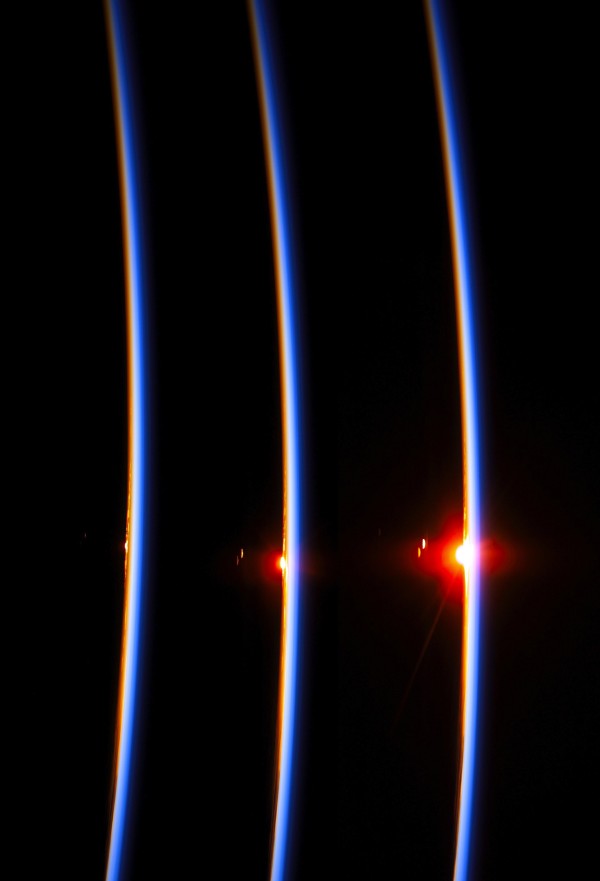 Come get the story of sunsets (and sunrises) in space on Mostly Mute Monday!

I'm looking at the last image, the one stitched together, and am wondering how the two bright spots left of the sun work. They don't appear to be mountain peaks, but rather bodies of water. That would mean the sunlight is streaming into the atmosphere above the surface of the earth, then being at least partially reflected off the underside of the top of the atmosphere so that it bounced down off the water and back out into space where it was photographed.

Or it could be some crazy camera flare. Or may be some effect from panes of window in front of the camera? Curious.

Like the second photo with the moon to the right of the field. Nice curvature on the horizon, too. Flat earthers should take notice.

riomar9, if you peak into this thread upon PJ's comment take note.
Denier and myself live in America and post along the same time frame, PJ who is in Australia post multiple hours later.
And then Puppy Loveless Wow-wowie who is on govt welfare post in his own time frame (which is pretty much all damn day since he has nothing productive to contribute to society). So that would make it appear that the Earth is round wouldn't it as people follow a sunrise mechanism.