“I just think too many nice things have happened in string theory for it to be all wrong. Humans do not understand it very well, but I just don’t believe there is a big cosmic conspiracy that created this incredible thing that has nothing to do with the real world.” -Edward Witten

It's a difficult fact to accept: our two most fundamental theories that describe reality, General Relativity for gravitation and the Standard Model / Quantum Field Theory for the other three forces, are fundamentally incompatible with one another. When an electron moves through a double slit, for example, its gravitational field can't move through both slits, at least not without a quantum theory of gravity.

String Theory is often touted as the only game in town as far as formulating a quantum theory of gravity is concerned, but in fact there are five viable options, each with different pros, cons, and approaches to the problem. Many of them, in fact, have undergone significant developments in the past 5-10 years, something String Theory cannot claim. 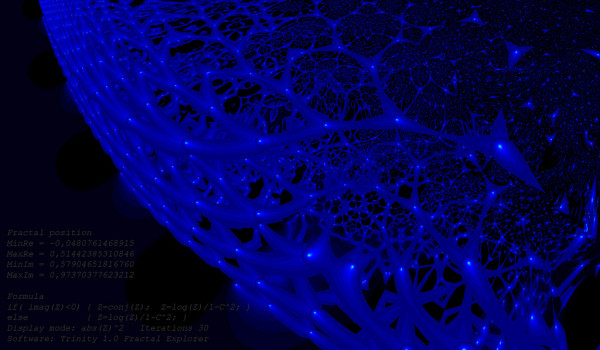 Come read the whole story -- by your popular demand -- on this edition of Ask Ethan.

In the middle of the article you write: "Thanks to the properties of General Relativity itself, there are some things we already know... " and then you write about standard model particles, spins etc..

Shouldn't it be Quantum Mechanics or Standard Model in that sentence instead of GR? If not, then the real question is how GR gives us info on spins, particle types etc..? :)

Thank you for yet another great article!

String Theory is not the only non-empirical theory out there, Dark Matter too! DM today is like the Ether theory before the Michelson&Morley experiment, it fits so nice in established theories that it must be true!

A paper by A. Deur from 2009 replicates galactic gravity measurements using graviton-graviton interactions and NO DM (Physics Letters B 676).

I don't think Newton or Einstein would mind if their theories do not work for gravitational fields far lower than 10^-10 of our terrestrial gravity.

Quantum Gravity might be the link between the infinitesimal and the infinite, the "killer App" that gets rid of Dark Matter and String Theory.

In your articles you talk about DM as a sure thing. I would love if you can write a "Devil's advocate" article thrashing Dark Matter with alternative theories!

Thank you for this article. Although much of it is currently over my head, it gives me the terms and people to search on in order to flesh out these concepts.

I do have one question that is open to anyone who might know. Recently I have been reading that researches have been having luck using a double copy of a gluon as the gravitational force mediator in their quantum gravity calculations.

Doe this mean they're using a single graviton particle which has exactly double everything of the gluon? Or it is as simple as just using a pair gluons?

Is the notion that spacetime can be reduced to "tensor networks", as discussed in http://www.quantamagazine.org/20150428-how-quantum-pairs-stitch-space-t… , too preliminary to qualify as an independent approach to quantum gravity akin to loop quantum gravity or causal dynamical triangulation?

You're such a reasonable educated man when it comes to more accessible topics in science but when it comes to something that goes well beyond your expertise, like quantum gravity or string theory, you're nothing else than just another parrot of all the laymen's misconceptions. Pretty much everything you wrote in your text, from A to Z, is wrong in some very fundamental way.

Aaah, Lubby, what an accurate statement you would have if only you'd point that criticism at yourself...

For that exact reason.

Please EXPLAIN THE IMAGES! It's great you credit their authors in your articles, but you *never* explain what the images show. What the hell is that octopus on a trampoline in the first image, is it a visualization of a many-worlds theory? What does that blackboard of spacetime have to do with this article? Do the pictures even have a point, or are they just random "ooh, shiny" you carelessly Google to get people to read the text?

I'm a naive layman, but even I can smell the problems I think Motl alludes to.

But first, my naive impression after reading is that string theory promises to solve the slit problem for gravity in the sense that it gives a prediction. I am told that string theory predicts that the compacted dimensions make spacetime have supergravity at the bottom. (I assume you can always hide it.) And I am also told that having entanglement universally means that gravity in a cosmological setting on a supergravity background behaves classically.

Now, much as I like the numerical prediction of asymptotically safe gravity, string theory has been shortchanged in the article. Contrary to the claim of Vidal here, string theory has to be predictive in the sense that it is consistent with earlier theory. Same as ASG predicted correct before it was found, string theory started out to predict the flux tubes of an approximation of QCD the year before the simpler QCD was invented. It also predicts black hole entropy correctly, I take it.

So, apples for apples, string theory seem no worse (and no better) than ASG.

Finally, I am surprised as a layman on the recurring insistence that puts the pure mathematical ideas of loop quantum gravity and causal dynamical triangulations as physical alternatives.

The first has never been able to predict a lower energy bound, so has no harmonic oscillators, so has no dynamics. (When they do so, the theorists obfuscate by putting in the energy bound by hand, inconsistently with the putative theory at times.) The second has never been able to predict a triangulation which obeys relativity that I know of. (Easy to check, even for a layman.)

Both of these ideas are, unless I am mistaken, (in terms that has been made popular) Not Even Wrong, pushed by mathematicians or fringe physicists. As of yet, of course - but the decades tick away. =D

"So, apples for apples, string theory seem no worse (and no better) than ASG."

It doesn't appear to claim it is worse.

Just that there are other theories that are no worse (and no better).

"Finally, I am surprised as a layman on the recurring insistence that puts the pure mathematical ideas of loop quantum gravity and causal dynamical triangulations as physical alternatives. "

They are not claiming to be physical alternatives. They are trying to find an answer if they can be physical alternatives. At the moment (as far as I know) everyone in LQG camp knows it's not a physical theory, they don't know if it can be a physical theory. That's what's in the works right now. It might be a great mathematical tool for certain things, but not work for quantifying gravity in our universe. Or it can be with further progress.

"Both of these ideas are, unless I am mistaken, (in terms that has been made popular) Not Even Wrong, pushed by mathematicians or fringe physicists. As of yet, of course – but the decades tick away. =D"

I would say ALL of these (string theory included) fall into this description. Unless you know how to test if string theory gives a CORRECT prediction on black hole entropy. :) I found that one specially interesting in string theory camp.. they all shout.." we know how to calculate BH entropy!" .. ok.. is the result correct?

A suggestion for a follow-on article - Do Singularities Have To Exist?

As a non-scientist, who never liked infinities in my math classes, I have always wondered why space (and time) might not be quantized at the Planck length as two of your gravity theories seem to assume. If nothing else, it would resolve Zeno's Paradox.