“The reports of the eclipse parties not only described the scientific observations in great detail, but also the travels and experiences, and were sometimes marked by a piquancy not common in official documents.” -Simon Newcomb

By far, one of the highlights of astronomy this year took place earlier this week: a total lunar eclipse featuring a perigee Moon. The sight of watching the Earth's shadow consume the Moon, eventually swallowing it whole and revealing a faint, red lunar disk, and then the process reversing itself, is unlike any other visible to the naked eye. 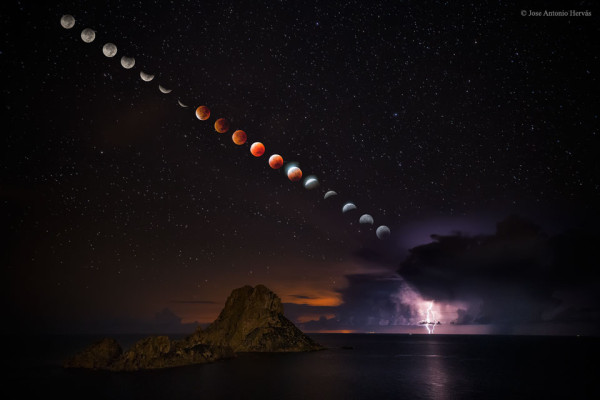 But the rest of the sky is always a treat as well. While a full Moon often ruins an otherwise pristine night sky with its light pollution, a dark sky during a lunar eclipse can be just as exciting as a new Moon sky. What's even better is that I, personally, got to experience it this Sunday night, and wrote about it.

The experience was unlike anything else, and I not only highly recommend it, I want you to catch the next chances in 2018 and 2019!