Throwback Thursday: What should we build after the LHC? (Synopsis)

“It is no good to try to stop knowledge from going forward. Ignorance is never better than knowledge.” -Enrico Fermi

At 13 TeV of proton-proton energy collisions, CERN's Large Hadron Collider gives us the greatest number of the most powerful particle collisions ever seen on Earth, far more than any cosmic source from the Universe and far more energetic than any other terrestrial accelerator. It's already found us the Higgs boson and has helped better measure other Standard Model particles' properties, but has yet to turn up anything beyond the Standard Model. 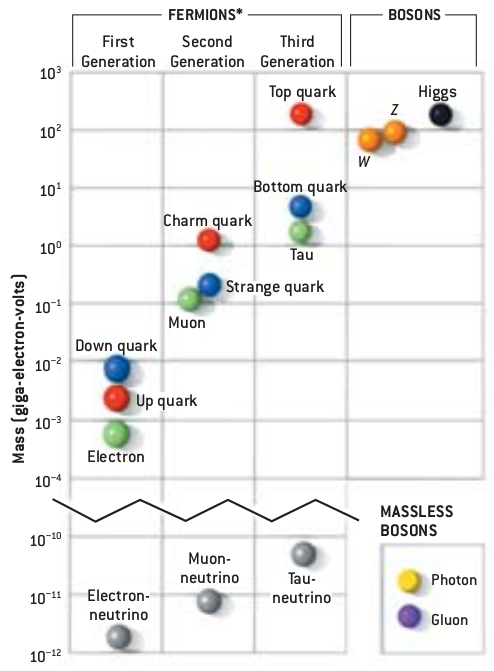 But that could all change if we built a machine that went to even higher energies! While the particle physics community focuses on an electron-positron linear collider at lower energy, the real frontier would come from going bigger: possibly even around the Earth's circumference! 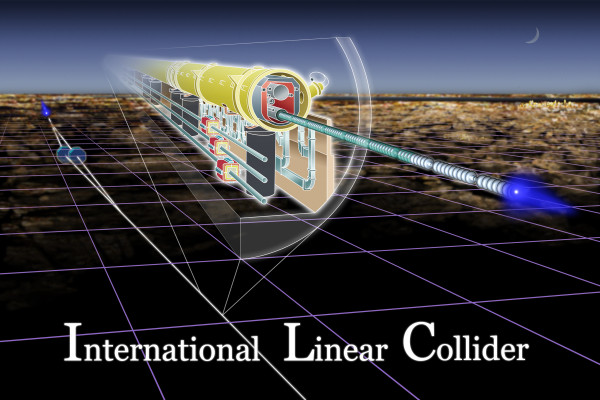 Come learn about the physicist's dream machine, what it'll take to make it real, and why making it all happen might be so, so worth it.

"It is no good to try to stop knowledge from going forward. Ignorance is never better than knowledge." -Enrico Fermi As you probably know, the Large Hadron Collider -- site of discovery of the last fundamental particle in the Standard Model, the Higgs Boson -- is the most energetic particle…

You're making me angry. You wouldn't like me when I'm angry. -Bruce Banner Hey, LHC, what did those protons ever do to you? You take them, accelerate them to the fastest speeds we've ever accelerated protons to on Earth, and then smash them into one another with more energy than ever before! The…

The Future of Colliders: Beyond the LHC!

"All our sweetest hours fly the fastest." -Virgil If you've been around the block once or twice, you know that the speed of light in a vacuum -- 299,792,458 meters-per-second -- is the absolute maximum speed that any form of energy in the Universe can travel at. In shorthand, this speed is known as…

“Come learn about the physicist’s dream machine, what it’ll take to make it real, and why making it all happen might be so, so worth it.”

How can you say the dream machine will be “so, so worth it”
if you don’t know what it will find or whether what might be found would be beneficial to mankind?
Not to mention you haven’t noted anything on the cost of this dream machine.

So the solutions maybe switching to a new technology (perhaps laser/plasma acceleration) and/or finding a way to combine multiple accelerator rings on top of each other (I know it would not work with today's tech just like combining multiple mirrors would not work in the past; I am talking about finding a new tech in the future).

@Frank #2: The ILC is an electron-positron collider. The reason it has to be linear (the "L") rather than recirculating rings (like PEP-II at SLAC, or LEP and LEP-II at CERN) is syncrhotron radiation. Bending a charged particle in a circle causes it to radiate and lose energy, which you then have to pump back into the beam to keep it going in a circle.

The energy loss scales like gamma^4, or equivalently E^4 and 1/m^4, at fixed radius. Since m(p)/m(e) ~ 2000, if we tried to put electrons into the LHC at the same energy (13 TeV), the electrons would lose about 16 trillion times as much energy as the protons do.

You can win back some of this with a larger radius, but not enough -- the energy loss scales like 1/r^2. So you need nearly infinite radius to get electron beams that don't just radiate away to zero, which means linear :-)

Now the latest ILC design does include some energy recovery. The idea is that after the beam crossing, bend the beams away, and pass them through a beamline "out of phase", so that they slow down and put some energy back into the RF system. The now much lower energy beams can then be bent back into the main accelerator and reused. There are losses, obviously, but this is a way to make the ILC more efficient.

The short answer is that you can't get to ILC energies with rings. Using wake field acceleration, if we can find a way to reduce the long tail, would be an awesome solution, with a much shorter beamline and far less consequent infrastructure. Right now, we get a great energy boost but not very good collimation.

"Not to mention you haven’t noted anything on the cost of this dream machine."

See No Spendall.. Don't worry about the money. We Have it.
As long as we can think, we have money.

@Michael #3:
Since using protons is much better than electrons because of much higher mass, is not possible to use alpha particles to get more mass? (assuming stripping off all electrons from even heavier nuclei is not possible?)

Also LHC is using He to cool its magnets which is expensive, why high temperature superconductors are not used?

You can tell me all the reasons this won’t happen, can’t happen, or shouldn’t happen, but at the end of the day, there’s only one reason it hasn’t happened already: money.

Well, and Barbara Bain's and Martin Landau's both being retired. Then again, if one is prepared to sacrifice another few generations of experimentalists for the sake of 3 or 4 orders of magnitude, it's another fine day to rue the loss of Nick Johnson.

Money is not the problem, momentum is. Particle research has thrived on the discoveries in cloud chambers, particles that originated from Cosmic-Rays with energies far beyond what we can realize even on the Moon and there's no longer anything special out there, the momentum is gone. The future in physics and understanding the Universe is in computer simulations, look at the Millennium Run and simulations on Plasma. Students should be given the freedom to wildly experiment in this field and use all their creativity and imagination rather than being sucked up in the dead-end that colliders are ... focus on what the Higgs field, Magnetic field and Gravity could be made of and try to model effects on a computer ... create some new momentum ... and out of all this play new insights and discoveries will emerge.

"How can you say the dream machine will be “so, so worth it”
if you don’t know what it will find or whether what might be found would be beneficial to mankind?"

Because worth in life is what we make it.

YOU have made it "Wait until you die, then enjoy a better life".

From Grand Illusions to Grand Solutions: hold theoretical physics to a higher standard

To be delivered to Ralph J. Cicerone, President, National Academy of Sciences and Michael P. Federici, President, The Academy of Philosophy and Letters

"Stop scientists from continuing their straw man defenses of theoretical physics. We don't need fantastical defenses, we need creative approaches to reality science that are directly justifiable through their usefulness to the planet and its human presence."

sn returns with a variant of his classic "I refuse to believe anyone studies something just to learn. Nobody should study, and no money should be spent studying, anything that doesn't have an immediate application" crap.

Of course, if people had strictly followed his philosophy he wouldn't have computers, cars, or any of the other things he (and the other ignorant tea baggers who make the same statement) currently uses.

Frank @5: yes the community performs heavy ion reaction experiments too. Not just alpha particles, we accelerate everything up to elements 92-94. Heavy ion reactions are in fact how new elements are made. However, they yield different reaction products, in different abundances, than p-e reactions. So, in general, such reactions aren't anywhere near as useful for studying most short-lived subatomic particles.

@Frank #5: As eric said (#11), all kinds of beams and targets are used. The ILC is specifically an e+/e- collider, because electrons are elementary particles, not composites (like protons and nuclei). That means that in each collision you get one pure interaction to study, rather than an interaction overlaid with thousands of low energy secondary tracks (look at pictures from the LHC experiments).