“I trust in nature for the stable laws of beauty and utility. Spring shall plant and autumn garner to the end of time.” –Robert Browning

You've heard it said often that one thing remains true no matter what we discuss: that this, too, shall pass. The stars will eventually burn out, the galaxies will be driven apart, gravitational interactions will unbind everything, and even collapsed entities like black holes will decay away. But at a fundamental level, is that actually the case for matter itself? 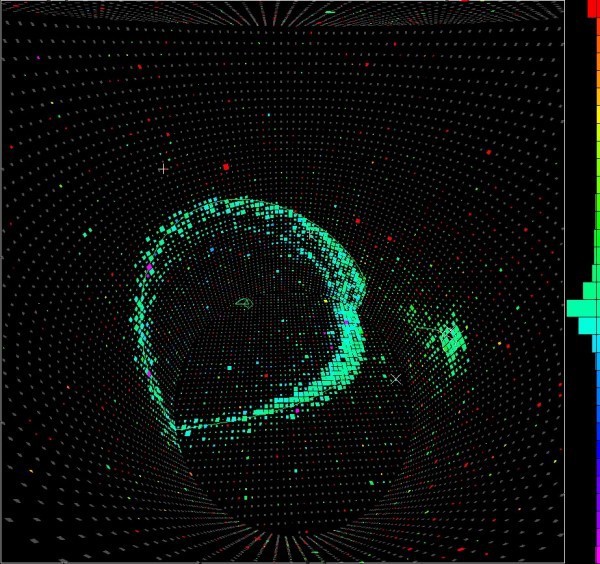 We've observed plenty of particle interactions and radioactive decays, but particles like the proton (and many other atomic combinations) appear to be truly stable. If that's the case, we can set limits on how long the proton lifetime is, and constrain exotic hypotheses like Grand Unified Theories as a result! 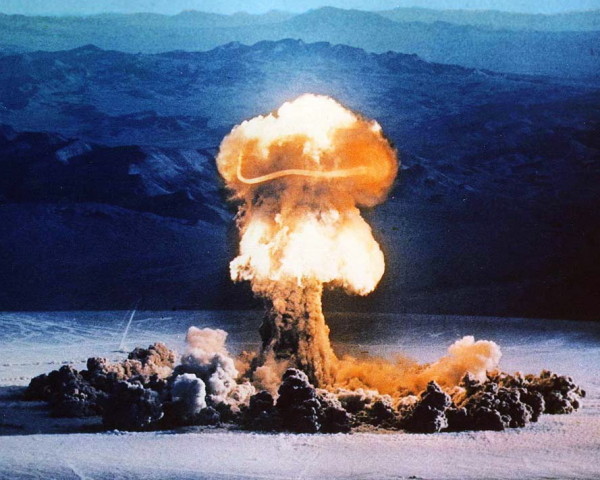 Image credit: U.S. Atomic Energy Commission. Not particularly relevant to this post, but I wanted to put it in anyway.

Come learn what the limits on the stability of matter are on this edition of Throwback Thursday.

This is why I never accept dinner invitations.

And could it decay into a hypothetical positive charged "dark matter particle" instead? Is it possible? Could this particle have a baryon number?

@Janko #2: DM cannot have electric charge. This is a model-independent statement (i.e., it doesn't matter whether you're talking about WIMPs, axions, heavy neutrinos, or anything else). If DM has electric charge, then it would interact electromagnetically, and we would see it -- weird absorption lines, synchrotron emission inconsistent with electrons, etc. We don't see any of that, hence it must be neutral, whatever it is.

DM almost certainly can't have baryon number. If it did, then it would be included in our calculations of the photon/baryon ratio after the hot Big Bang. But it isn't (which is one of the lines of evidence for the 5-to-1 discrepancy!).

Having said that, most models of baryogenesis introduce additional symmetries to the Standard Model which lead to both lepton (L) non-conservation and baryon (B) non-conservation, but leaves L-B as a conserved quantity. If the DM is implicated in baryogenesis (as some models propose), then it could carry L-B as a good quantum number.

Just what is the longest decay time we've experimentally observed?

@4: good question. I don't have a primary citation in hand so I can't confirm that this is experimentally determined rather than theoretically calculated, but after a few minutes of googling around it looks like Te-128 may be the contest winner: 2.2E24 years.

It would be great if the second Mr Michael can answer this in more detail :), but like Eric, did some googling and seems that half-lives are REALLY complicated, dependant on many things and is still very much active field of search, study etc..

I would think that experimentally observed are nuclides with very short half-lives .. hours to maybe months/years. Anything beyond that is experimentally non-feasible.. What is done with rest, I would imagine is extrapolation from smaller subset... Then there are measurments of resonances etc.. which are way beyond my understanding and how they affect decays.

I also wonder what the hell the point is of the question.

Lets say we given an answer of, pulling from my arse, Rubidium.

During a considerable number of years after the big bang, matter would exist only temporarily because of collissions with other matter. The matter we see around us today is probably not completely autonomous, but part of the universe as a whole. Could constants in the universe change over time, for instance because of expansion, so that currently stable matter would become unstable in the future?

Is there any chance the proton, like the neutron, is stable in atomic nuclei but decays when free?

Anne, what are you talking about?

@9 JollyJoker: : A 'free' proton is the same as an hydrogen ion. of the single proton isotope of Hydrogen. The ionization state of atoms does not change their nuclear stability as far as I know.