When a planet passes in front of its star from our point of view, that transiting phenomenon can be detected as a dip in starlight. By surveying some 150,000 stars, the Kepler mission has detected close to 10,000 planetary candidates, many of which have been identified by the stellar wobble technique.

But this "wobbling" also sometimes contain rising or falling trend lines, which can indicate a more massive, outer world orbiting the central star. Even though Kepler could normally never detect some of these planets, since their baseline time is so long and their likelihood of transits are lower, the inner worlds that Kepler can find, when we subject them to verification, can sometimes reveal the presence of an outer, massive world. A new record for the longest-period planet ever found as the result of Kepler was just set: 1000 days, with a mass of around six Jupiter masses. 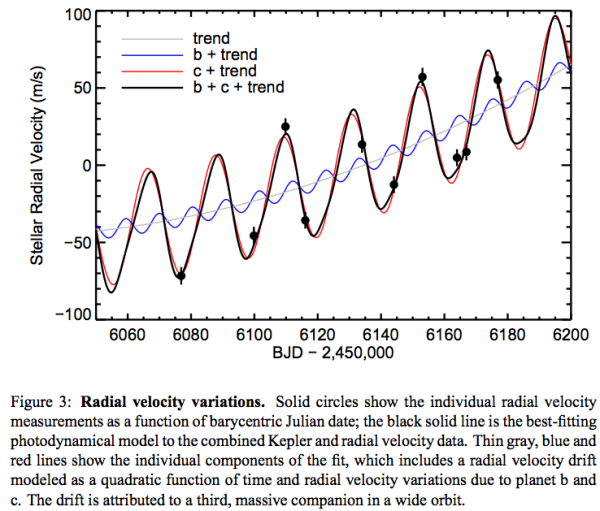 Go get the whole story over at Forbes!