Yes, New York Times, there is a scientific method (Synopsis)

“Philosophy of science is about as useful to scientists as ornithology is to birds.” -Richard Feynman

Writing in the New York Times on Monday, philosopher James Blachowicz argues that just as "justice" and "courage" are hard to define but easy to recognize, so science is the same way, and that there's no method to it. 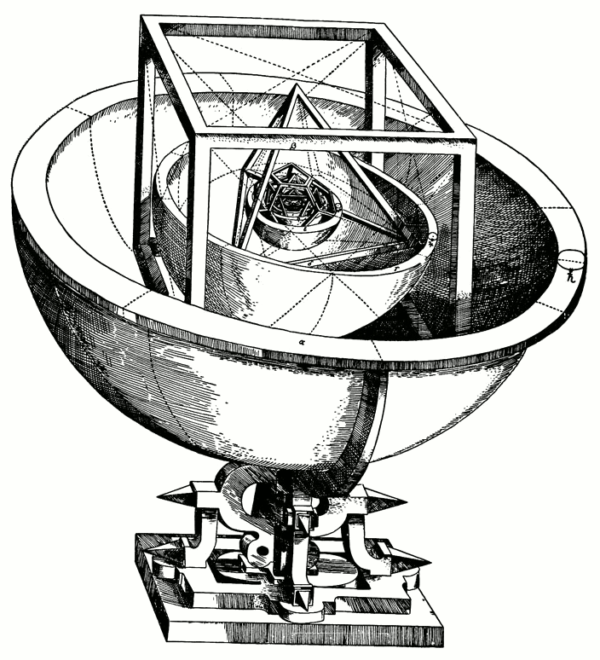 Is he right? Is science no different than poetry or philosophy in this regard? Or is the fact that only science confronts its ideas with testable evidence enough to separate it from other, non-scientific pursuits?

It turns out that there is a scientific method, and even Blachowicz's own examples illustrate it! Go get the whole story on Forbes today.

“And in many fields, there are TOO MANY VARIABLES AT PLAY TO ACCURATELY MODEL THE SYSTEM even when all the underlying, governing equations are 100% known. YET the differences in the details of how science is performed IN NO WAY INVALIDATES … climate modeling as sciences.”

What don't you understand (or are refusing to try to understand) this time sn?

I read the original op-ed and thuoght he missed a lot too. Though my initial thoughts were that he missed peer review and replication.

That's really what separated (for example) the science of chemistry from earlier alchemy; alchemists worked to keep their experiments secret, scientists work to make their experiments public. One of the disturbing things (to me) about the corporatization of pharmaceutical research is the extent to which secret research and patents play a part. And oh look, at the same time we are discovering using meta-studies that many of the drugs that make it to market don't live up to the hype. Coincidence? Unlikely. Sharing data and results, so that your peers can help you find your mistakes (because yes, you will make some) is pretty critical to the scientific endeavor.

Replication being another part, and something unique to empirical studies if not unique to science. Nature checks our work. This is untrue for a lot of other types of study and research. Its certainly not true for more subjective studies, such as art; nature won't tell you which art is "right" and which is wrong.

Except that science is completely different than every other endeavor, and Kepler and Galileo actually provide extraordinary examples of showing exactly how, if only James Blachowicz would have dug a little deeper.

Journalists can be so lazy.

In the philosophy department, they often suffer from a sort of p....s envy vis-à-vis science.

And they are confusing how science proceeds at the micro-level with what becomes established science.

At the micro-level, it often looks messy, with hypotheses being sometimes based on guesswork (and in fact sometimes on false assumptions), and results being interpreted through intuition. But to get taken up into the canon of science, the hypotheses have over the passage of time to pass multiple tests and meet strict criteria being applied by a host of critical thinkers.

"I read the original op-ed and thuoght he missed a lot too. Though my initial thoughts were that he missed peer review and replication. "

Peer review and replication, of course, leading to *scientific consensus*, else there would be no point to it.

It was a problem for NYT before, that point.

Totally unrelated to Murdoch being in denial and owning the company, though, right?

I read the original op-ed and [thought] he missed a lot too. Though my initial thoughts were that he missed peer review and replication.

He also forgot two other vital things: that scientists must create null hypotheses and that scientists have to try to disprove their hypotheses.
I'm a layman, so if I've got it wrong, I trust the scientists here will correct me.
My understanding is that in the scientific method, you actively have to try to disprove your hypothesis. This is what makes the scientific method so difficult (nobody wants to prove themselves wrong) and yet so valuable as a tool for getting at the truth. It actively tries to stop you from "fooling yourself", to paraphrase Feynman.

You have it partly right. Scientists do indeed have an obligation to try to prove that their ideas are wrong. That is the purpose of experiments. Scientific ideas typically are universal statements. No amount of testing can prove a universal statement correct, but one counterexample proves it wrong.

In addition to trying to disprove their own ideas, scientists also try to disprove other scientists' ideas. That's what peer review and publication is about. It is a very important step in the process because scientists are human and therefore subject to bias, despite our best efforts to avoid it. This allows others to check our work and make sure we are doing all ee canto test ideas. If, despite the best efforts of all relevant scientists to disprove an idea, the idea holds up, we now are much more confident that it has merit, although it will always be subject to furthrr tests and revision.

My understanding is that in the scientific method, you actively have to try to disprove your hypothesis.

As Sean alludes to, in science your friends are typically doing that job for you :) A scientist reporting their results is expected to describe the limitations and problems with their experiments. This is why people get annoyed with all the hedging scientists often do; its considered really important in science, but not so much in normal speech. Nobody runs around saying "Bob's shirt is green...keep in mind I used the Mark I eyeball to make that measurement, at noon when there was glare, and there's a 0.001% chance I may be misremembering Bob for Charlie." They just say "its green." But, that hedging is analogous to how scientists are expected to describe their results. That way, if someone else comes along and says "huh, I used a United Scientific Spectrometer, at dawn, Bob showed me his ID, but my spectrometer said Bob's shirt was blue," we have the information needed to hopefully figure out why the answers were different, and what the answer objectively might be.

“Functional MRI (fMRI) is 25 YEARS OLD, yet surprisingly its most common statistical methods have not been validated using real data. Here, we used resting-state fMRI data from 499 healthy controls to conduct 3 million task group analyses. Using this null data with different experimental designs, we estimate the incidence of significant results. In theory, we should find 5% false positives (for a significance threshold of 5%), but instead we found that the most common software packages for fMRI analysis (SPM, FSL, AFNI) can result in FALSE –POSITIVE RATES OF UP TO 70%. These results question the validity of some 40,000 fMRI studies and may have a large impact on the interpretation of neuroimaging results.”
http://www.pnas.org/content/early/2016/06/27/1602413113.short

Call me silly, but ornithology is useful to birds!
Without the study of birds, humanity would not know the damage done to birds by our activities, and unable to remedy said damage.

The birds aren't aware of it. Scientists could be aware, but ...

"He also forgot two other vital things: that scientists must create null hypotheses"

But the null hypothesis changes as evidence mounts.

AGW Deniers like to insist that the "null hypothesis" must be "There is no AGW", and hence their fallacy of "the pause", wherase the evidence for the trend is so great that the null hypothesis of any trend is "Is it different from the one we'd expect from AGW?".

The null hypothesis is a shibboleth.

"My understanding is that in the scientific method, you actively have to try to disprove your hypothesis"

Nope, you have to test that the NULL hypothesis has failed. NOT prove the hypothesis tailed.

The basis of skepticism is wondering how your assertion could be mislead.

It's why deniers aren't skeptics and therefore don't do science. Even when they emulate it for the show.

Feynman never said that philosophy of science is as useful to scientists as ornithology is to birds. If you have evidence, please cite it.

Feynman’s hostility to philosophy often discussed, but with little historical basis. His comment about Spinoza’s propositions not being confirmable or falsifiable deal specifically with Spinoza and metaphysics, not epistemology, in which Feynman seems to have taken a keen interest.

Feynman’s lectures show him to be a philosophical methodologist. E.g., his thoughts on multiple derivability of natural laws and his discussion of robustness of theory.

In “The Character of Physical Law”, Feynman is perfectly in line with philosophers of science of his day:
“So the first thing we have to accept is that even in mathematics you can start in different places. If all these various theorems are interconnected by reasoning there is no real way to say 'These are the
most fundamental axioms', because if you were told something different instead you could also run the reasoning the other way.”