The Universe's Dark Ages May Hold The Secrets To Dark Matter, Inflation, And Even String Theory (Synopsis)

"When their eyes grew dim with looking at unrevealing dials and studying uneventful graphs, they could step outside their concrete cells and renew their dull spirits in communion with the giant mechanism they commanded, the silent, sensing instrument in which the smallest packets of energy, the smallest waves of matter, were detected in their headlong, eternal flight across the universe." -James Gunn, on Radio Astronomy

From the time that neutral atoms first formed in the Universe (the creation of the CMB) until the first stars formed, perhaps 100 million years passed. Yet these "dark ages" weren't truly devoid of light; the very faint signal of hydrogen atoms flipping their spin and emitting 21cm radiation filled the Universe. 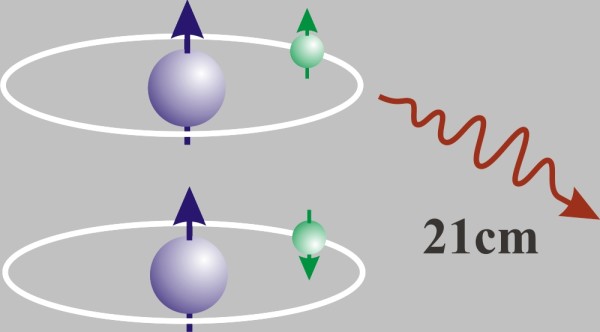 That radiation, if we build sensitive enough detectors, ought to be visible to us today at incredibly long wavelengths. With the potential to map out reionization, neutral gas, dark matter and even networks of cosmic strings, 21cm astronomy has the potential to fill in the greatest missing gap in our understanding of the Universe. 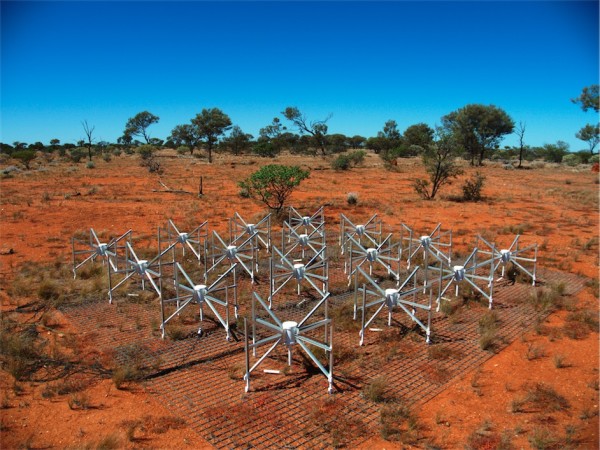 Image credit: one module in the Murchison Widefield Array (MWA), via Natasha Hurley-Walker under c.c.-by-s.a.-3.0.

Go read the full story on this developing field of science from Sabine Hossenfelder!