Have Astronomers Found Alien Megastructures After All? (No, Probably Not) (Synopsis)

"Thou shalt not embarrass thyself and thy colleagues by claiming false planets." -Bill Cochran

Last year, Penn State astronomer Jason Wright made headlines by claiming that one of the stars being observed by NASA's Kepler mission might contain alien megastructures around it. The large dips in its light curve didn't make sense in the context of planets, and the star KIC 8462852 became the target of a great many follow-ups. 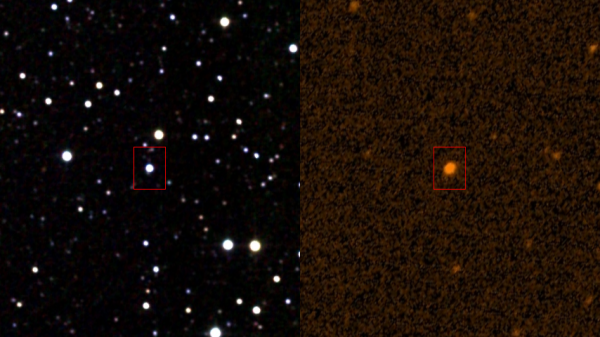 A binary companion was found, along with no signs of excess infrared emission or artificial radio signatures. However, archival data recently found that the star dimmed by about 20% over the past century. While the alien megastructures possibility cannot be ruled out, a great many other astrophysical possibilities still survive. 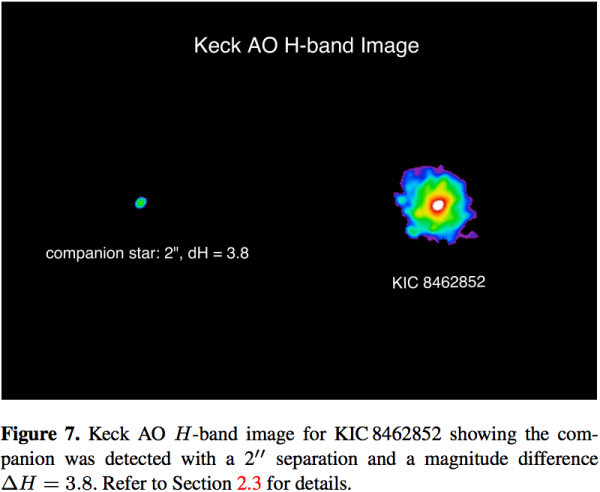 Come find out new information on this star, and learn what the signal might (and might not) be!

Fast spinning causes ejection in a planetary ring. This could just be it blowing off gas when its rotation is across our field of view.

I think a civilization that can build a Dyson sphere around a star would have mastered how to use fusion long before that and would not need any solar energy from the star.
Dyson spheres are utterly pointless :-)

A Dyson sphere may be pointless as a power source for any civilization advanced enough to build one, but what about as a beacon? Interstellar space is so full of electromagnetic noise that electromagnetic communication like we use on earth is a challenge to even the closest star systems.

If you wanted to put up a monument to your existence, what better way than a rotating mega-structure around a star with precisely constructed openings? Your message could be broadcast over incredible distances for a long, long, long time. If there are other intelligent beings out there with the ability to construct such a thing, it is not so great a leap to believe they might also have egos.

Do you really imagine an intelligent civilization usurping its resources to advertise its existence in the universe?

I recall reading, here or in a similar place, that Dyson structures would have the problem of not maintaining stable "orbits" around stars. The gravitational pull of the star is equal around the entirety of the structure, adding up to a net of zero. The concentricity of the star and the structure would have to be maintained by artificial means.

That plus the "all your eggs in one basket" factor for huge populations, as compared to spreading out to numerous star systems, adds up to the conclusion that building Dyson structures would be a lower priority than other types of astro-engineering projects that have more favorable ratios of effort and risk to reward.

I'm highly doubtful about "monuments" as such, compared to other uses for the needed resources. Even "advertising" at the level of an altruistic urge to communicate, could be achieved at far lower resource cost by other means.

For example (this just occurred to me and I haven't thought it through, so it might be utter nonsense):

Take a planet in your star system that has zero potential for life, and coat it with a thin layer of a material that will convert natural starlight into a spectrum of light that is undeniably artificial. That would be an orbiting "beacon" that could only be detected by someone who made an effort to do so.

Alternately, build an artificial object of comparable size that could be placed in orbit to serve that role. Unlike radio frequency broadcasts, no active electronics would be needed, so the object would have high longevity with practically zero maintenance.

Is either version of this even remotely viable?

Dyson spheres are more likely to be for capturing 100% of the energy of a star rather than living quarters. The area available would be ridiculously large for living quarters. And you risk more by having your entire population on it and needing safety compared to a mostly uninhabited mechanical structure for capturing energy for use elsewhere.