Is The Multiverse A Scientific Theory? (Synopsis)

“Our knowledge of physics only takes us back so far. Before this instant of cosmic time, all the laws of physics or chemistry are as evanescent as rings of smoke.” -Joe Silk

When people use the word theory colloquially, they use it to mean an "idea" or a "possibility" that could conceivably be at play. But a scientific theory has a much more stringent set of things it must accomplish: it must encompass all the successes of the previously leading theory, it must make successful predictions for phenomena that the leading theory cannot make, and it must predict additional, novel phenomena that can be either validated or refuted. 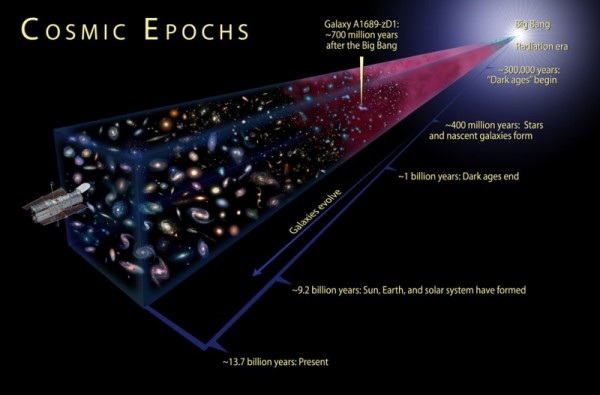 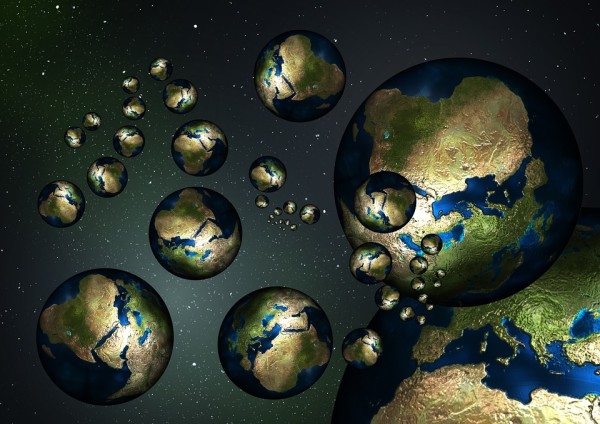 In order to be a scientific theory we should discover at least one piece of data rooted in the existence of a multiverse.

How about the many-worlds interpretation of quantum mechanics? Is there any science to that?

As to the MWI for QM, it's very different from the layman explanation and no more than reification of a model of consideration. Some posit that this reification of other worlds is real (mostly soft scifi authors trying to be hard scifi authors) but this is by no means the only one. Or even liable to be possible.

If I were to roll a d6, I have not rolled all six values and there's a world for each of them. There's the POTENTIAL for all six worlds, each one only differing by what the dice rolled. The potential existence of them are as real as the shroedinger wave equation solutions are for non-MWI QM, and they DO have an effect (see Lamb shift). Indeed in a quantum sense, interference is just such a "real enough to make a difference" probability, not actuality, causing real effects we can and have measured.

Note also that a multiverse doesn't have to mean MWI.

Branes. There is a reality at a higher plane, and when branes collide, the energy creates a universe at the impact point.

Inflationary pocket universes. This one single universe expanded and where a locality expanding faster than light creates a location isolated from some other location, that becomes a new universe. And this could be a random shuffling of the "laws of physics" so that each pocket universe has a different set of physical constants, and only those "fine tuned" to allow life get to last long enough to have life occur, each life wondering why it's so fine tuned (as a puddle finds the hollow it resides in is fine tuned to their shape).

There are others, but I know very little about them off the top of my head.

Oh, additionally, if we were to find a piece of data rooted in the existence of a mutiverse, we could be misinterpreting the data, or there could be another non-multiverse theory that explains that data and is correct.

"Branes. There is a REALITY at a higher plane, and when branes collide, the energy creates a universe at the impact point."

No, get your own.

My view is that MWI is something that is not really needed and it would just add much more complexity to QM, especially to efforts to reconcile QM with GR.
So Occam's Razor says it should be taken out.

Occam's Razor would also say let it in. If there are multiple ways to order things, then there's nothing to explain about the specific order.

Otherwise Occam would have us throw away all the countable numbers, because each one is another extra assumption on the way to infinity.

"Occam’s Razor would also say let it in. If there are multiple ways to order things, then there’s nothing to explain about the specific order."

Only in a lunatics fringe view of "order".

Ask yourself, do you prefer the law and order of Western Civilization with all it's short comings
Or do you prefer 7th Century Islamic Style Or post Modern Dictator?

So Yes there is "something" to explain about specific orders.
Explain The Results Of This Order:
http://s.wsj.net/public/resources/MWimages/MW-BV341_n_kore_MG_201402251…

"Only in a lunatics fringe view of “order”. "

Not really. A *lunatic* version would be the proposition that an infintely complex entity existed without a need for explanation as a literal deus ex machina, with an extra dollop of insanity and ego tripping to the max that the "believer" can tell what this infinitely complex thing wants.

You know, your insanity, teabaggie.

"Ask yourself, do you prefer the law and order of Western Civilization with all it’s short comings
Or do you prefer 7th Century Islamic Style Or post Modern Dictator?"

Well, apart from being a complete nonsequitur, you are busy trying to enshrine the right to do the same damn thing as ISIS is doing for your own brand of insanity death cultism, whilst also demanding the destruction of that SECULAR Western *civilisation* (religion being inherently tribal) you propose as being right and good.

Because to you it's not secularism, it's capitalism and a neoliberal free market religious fervour you think is "civilisation".

That it's inherently antithetical to your professed christian teachings and beliefs is evidence that you will tell your god what he's allowed to do. Ergo not even you believe in it, just mouth some of the more comfortable words.

"Wow" said "no, get your own" hahahaha

This guy talks trash and condescends...on a PHYSICS BLOG!! hahaha

Wow, answer me this simple yes-or-no question. Are you a virgin?

Is Brian a psycho stalker? Or just a mealy-mouthed little knuckle dragger with no actual substance to them at all?

Go get your own link, Bri. If you're too frigging dumb to do so, there's a more likely explanation: just like teabagger here you WANT to claim ignorance to harass and make more work.

Since both of you WALLOW in your ignorance and hold it cherished, since you are both in the "mindset" that ignorance is the same as an opinion, any link would be a waste of time.

YOU DON'T WANT AN ANSWER.

Yep, more whining. Wow, be a man for once and just admit that you talk to people like a complete ass, all of the time. This wouldnt be a big deal on Xbox Live or Yahoo, but here we are, on a physics blog, and you treat it like you're some kid on Call of Duty, picking fights with people from the safety of your computer.

If I'm wrong, then put your money where your mouth is. Give me the link to your facebook account so we can see who you are. What's that? You're gonna find an excuse to NOT do that? Yep, you're a complete PUSSY hiding behind a computer. Everyone knows this.

So you're *proud* of your whining?

Why should I admit what you've made up out of entire cloth?

Oh, and piss off to the dump thread you retarded moron.