"There was a long history of speculation that in quantum gravity, unlike Einstein's classical theory, it might be possible for the topology of spacetime to change." -Edward Witten

General relativity makes very specific prediction for what the curvature of space should be at the event horizon of a black hole, and for the consequences to spacetime are for a mass accelerating outside, near and through it. However, a fully quantum theory of gravity is needed to understand what happens at or near a black hole's singularity. 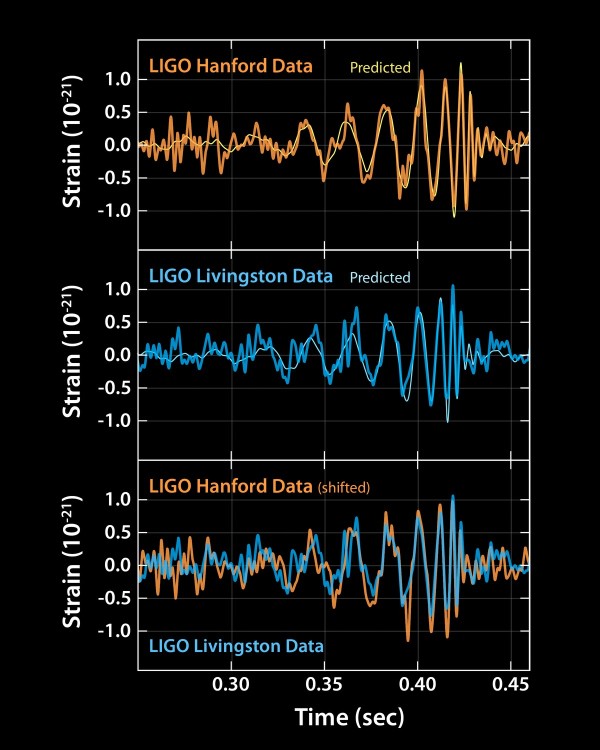 Image Credit: Caltech/MIT/LIGO Lab, of the first gravitational wave signal as seen by both LIGO detectors.

In some variations of quantum gravity, though, there are departures from Einstein's theory that will extend farther out than the singularity itself, and these variations may be testable by LIGO. As more events come in, we can look for deviations from general relativity's predictions, and if we find them, perhaps we'll uncover the first evidence for gravitational physics beyond the scope of Einstein's relativity after all. 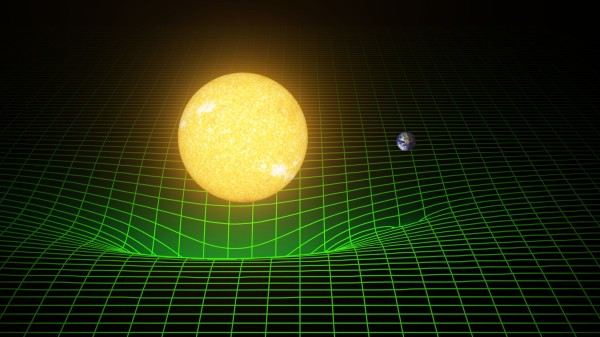 Go read the full story from Sabine Hossenfelder over on Forbes!

Two questions come to my mind. Relating to today's read, what sort of perturbation to the merger waveform could be caused by the presence of a residual accretion disk, about one or both of the BHs? Could this effect confound the effects needed to detect departures from GR?

The second question is a revist of the question of potential electromagnetic observables from a naked BH merger event. Hawking radiation scales as a fairly high power of the curvature at the event horizon. As event horizons merge, could enough high curvature geometry created to create a detectable spike in Hawking radiation? Also what happens if the BHs have non negligible charge and/or magnetic moment?