Comments of the Week #100: From wave-particle duality to leap day

“A great accomplishment shouldn't be the end of the road, just the starting point for the next leap forward.” -Harvey Mackay

Tomorrow is such a big, rare day that it only comes once every four years (or 4.1237 years, for a little greater precision), yet practically every day offers something new and wonderful here at Starts With A Bang. If you missed anything over the past week, here's what we've taken a peek at:

We've got some fun bonuses, too, like our fifth podcast -- on gravitational waves and LIGO -- is now online and available for streaming and downloading.


In even more exciting news, tomorrow is leap day, with all the exciting physics associated with that, Wednesday I'll be live-blogging a public lecture on The Dark Side Of The Universe by Katie Freese,
and then as March goes on, I'll have an exclusive interview with the Principal Investigator of LIGO, Dave Reitze (so drop me your questions here!), I'll be giving public talks in Portland, OR and in Memphis, TN at MidSouthCon, and then we have some even bigger events coming up in the spring! But there's no reason to dawdle any further; there's some great science to dive into right now on this edition of our Comments Of The Week! 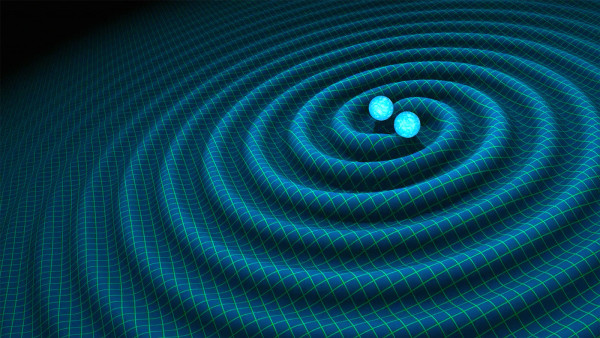 This is both correct and important, and it applies to all real-and-virtual particles. In quantum field theory, we have the full standard model of elementary particles, and we expect extra particles beyond this as well, including the (spin-2, massless) graviton, which is a boson that mediates the force of gravity, and whatever dark matter is, because it's not a particle in the standard model. 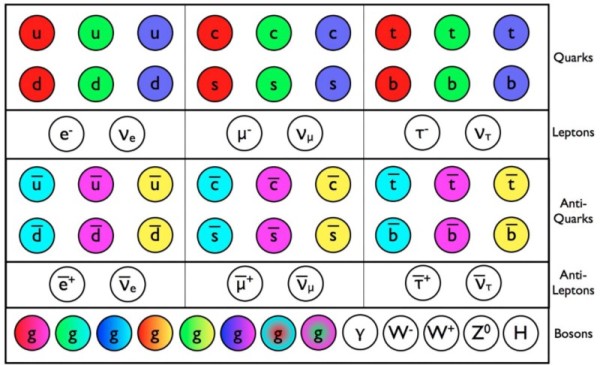 Image credit: E. Siegel, from his new book, Beyond The Galaxy.

An artist’s impression of two stars orbiting each other and progressing (from left to right) to merger with resulting gravitational waves. This is the suspected origin of short-period gamma ray bursts. Image credit: NASA/CXC/GSFC/T.Strohmayer.

But in the case of gravitational wave emission, there are real gravitons at play here, just as you can make real photons or real bosons of any other type. The only thing I'd change about your analogy is that I'd say "electromagnetic" field instead of magnetic field; in the case of gravity, the gravitational field plays the role of both electric and magnetic components! 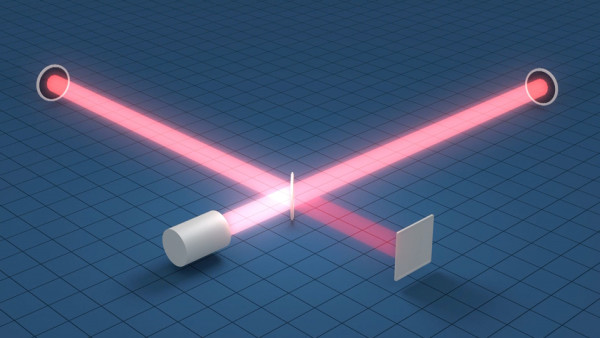 From Johan on whether we're fooling ourselves or not with the LIGO results: "Not a scientist and not doubting the LIGO result but how can you be sure that the result i correct unlike the infamous BICEP for example?"

The major ways in which this is different than the BICEP2 results are: 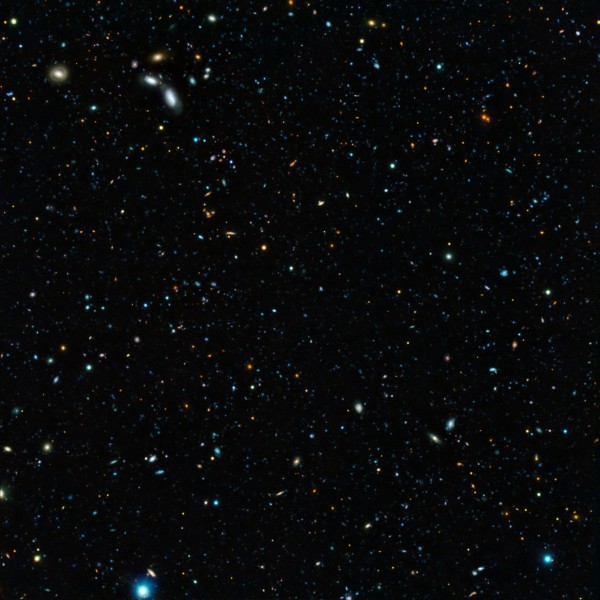 Image credit: ESO/M. Hayes, of a region of the GOODS field imaged by both Hubble and multiple instruments aboard the ESO’s Very Large Telescope.

From Sinisa Lazarek on the GOODS field: "[As respects the last image] you say it’s hubble with EST, yet the source on wiki as well as ESA’s website ( http://www.eso.org/public/news/eso1013/ ) don’t mention HST anywhere in contributing to that photo."

So above is the image in question, with the caption I used on Forbes. Here is the pure-Hubble component of the GOODS-South field. Before you take a look, make note of the features in the upper-left of the VLT image, above, and now look for those same galaxies -- the interacting, nearby pair and the ring-like large spiral nearby -- at the lower left-center of the Hubble image below.

As you can see, there isn't 100% overlap, but there is data from both HST and VLT that covers this region of space. So your sources are correct, your assessment of the image is correct, but I think I can say I'm correct, too. Multiple telescopes working together: how beautiful! 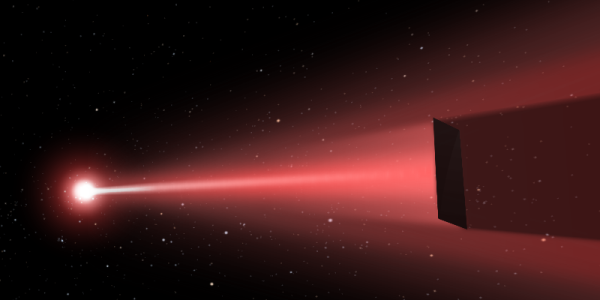 From eric on the deceleration problem: "The obvious solution to the lack of deceleration problem – IF we were seriously intending to use this technology repetitively, for example to set up a Mars-Earth system – would be to use chemical rockets to propel a remote controlled laser facility to Mars or some other destination spot, and then operate the two-laser system in the classic ‘accelerate halfway/flip/decelerate rest of the way’ mode."

I very much wish that this was a viable solution. Perhaps it is for setting up a short-time-period, relatively short-distance journey, like from Earth to Mars. But how will you get and assemble an array of lasers (and how will you power them?) to either the outer Solar System or to somewhere in interstellar space? You're essentially talking about doubling the cost of your project for every single destination you want to add. Which I'm not sure is the obvious solution... obviously expensive, perhaps, especially considering we need a ~100 km^2 array of lasers around Earth just for the launch!

Your solution is possible, for sure. But is it plausible? Especially given how difficult it is to maintain the orientation of a sail when you're firing energy into it, my inclination is to wait and see. Technically possible is a long way from feasible. 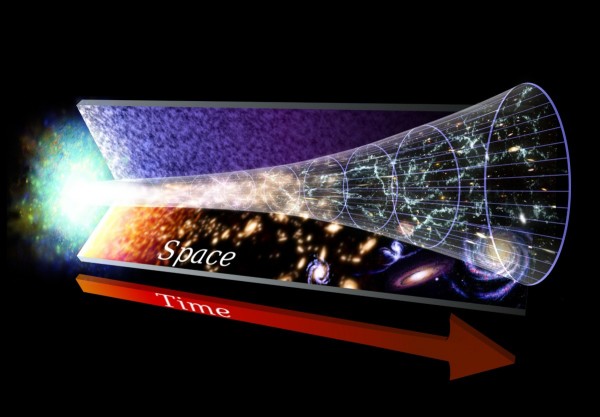 From Omega Centauri on detecting the acceleration of the Universe: "I’m betting that if we had been around at half the present age of the universe we would have been able to deduce that while the expansion rate is yet accelerating, simple extrapolation of the expansion rate would indicate it soon will be, and our best fit theories would have told us the story. And with the younger denser universe, with more active star formation, and more very massive stars because the metalicity hadn’t built up as much, we would have had many more observable events with which to deduce the past expansion rate, so we shoulda been able to do OK."

The hard part about detecting something that's a sub-dominant effect, particularly if it's never been a dominant effect, is that you have no motivation to go looking for it when you consider it and don't see it right away. Take a look at this graph, for example. 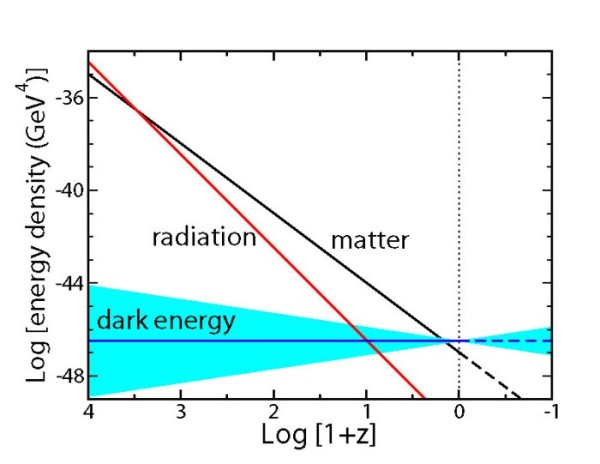 These are the components of energy -- radiation, matter and dark energy -- that we know to be important in the evolution and history of our Universe. At one time, each of these were dominant: radiation during the first ~10,000 years or so, matter during the next ~9 billion years, and dark energy in all the time since. What if we lived at a redshift of 3, or even of 10, where dark energy was only 3% (or 0.1%) of the Universe's energy density? Would we have seen it? Would we be able to? When -- at what level of non-detection -- would we have given up? At what level of precision would we have had to measure to detect it, and how confident could we be of something that's only just beginning to affect the Universe we observe? Consider this from another point of view. 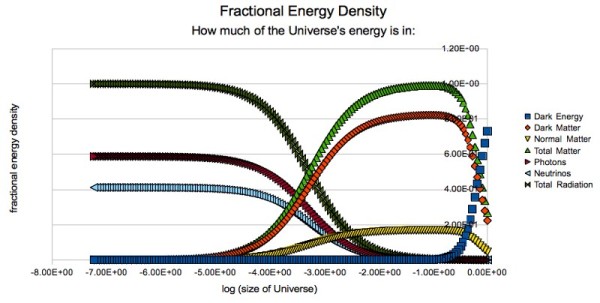 How confident are we that we don't have another, sub-dominant component to our Universe's energy density that simply hasn't shown up yet? How do we know there isn't a darker energy component with w = -4/3 or w = -5/3 or something else more negative than w = -1 that will eventually take over from our currently-understood dark energy?

The answer is that we don't know, and until (or unless) we find evidence at a certain significance level that something else must be present, we probably won't look very hard for it. 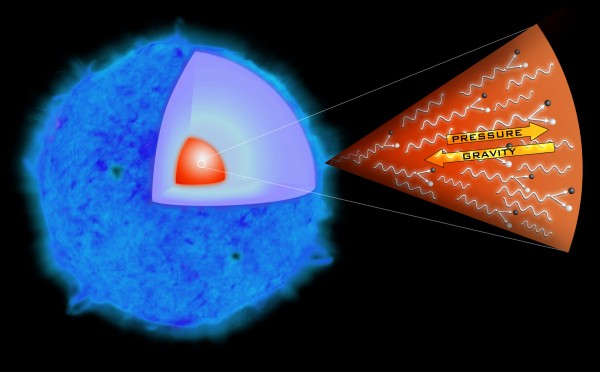 From SelfAwarePatterns on the black-hole-in-a-single-star theory: "My assumption with the two-black-holes-in-one-star theory was that the star was in the process of complete collapse, causing the GRB, but that, due to its extremely high rotation speed, it had an intermediate stage where two black holes formed in a dumbell configuration, which then proceeded to merge causing the gravitational waves."

The big problem with that theory, if you want to go that route, is that you need a single star that's so massive you get a hypernova explosion: a single star that's over the threshold of about ~130 solar masses or so. You'd need something at least that big in order to get two ~30 solar mass black holes inside, and honestly, you're probably talking about something much more massive even than that. Now, in this scenario, you get such a rise in temperature that you start producing electron-positron pairs spontaneously out of the radiation inside, which drops the pressure and causes the implosion, resulting in a hypernova and a large, central black hole. You add severe angular momentum to the mix all you want, but either you're getting:

So either we wouldn't have seen gamma rays (the first option) or we would've seen something with follow-up supernova searches. 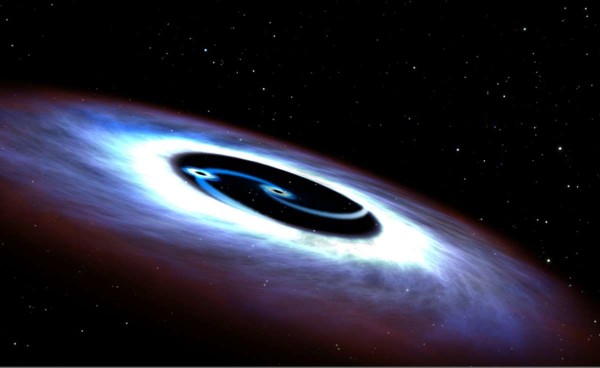 Those searches turned up nothing. What's perhaps possible -- and this is interesting -- is that the Fermi satellite saw absolutely nothing of note, and that it was just a spurious "barely-there" non-detection of absolutely nothing. The fact that ESA's INTEGRAL observatory didn't see anything either supports this. Hopefully (and probably) we'll have more events like this in the near future to look at, and we'll learn whether gamma rays are produced with black hole-black hole mergers routinely, rarely, or not at all, and this will help shed some light on what actually is going on here!

So thanks for a great week, and remember to take a chance tomorrow. 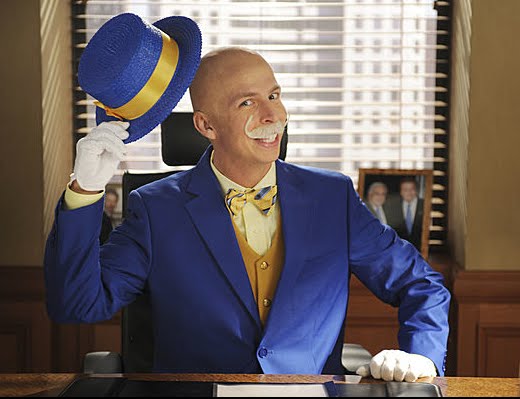 The major ways in which this is different than the BICEP2 results are....

Well, those and the fact that the BICEP2 wasn't trying to directly detect gravitational waves in the first place but rather a polarization signal in the CMB.

^ Eh, sorry, it's in the third bullet point.

Hmmm. I didn't realize that GRBs that come from stellar collapses only come from a supernova (or hypernova) remnant collapsing into a black hole. I mistakenly assumed that any stellar collapse would generate the GRB. Interesting. Thanks. I stand corrected.