The mystery of fast radio bursts deepens: they can repeat! (Synopsis)

"From a little spark may burst a flame." -Dante Alighieri

Last week, it was reported that the mystery of fast radio bursts were solved, and that they were due to the merger of a neutron star with another collapsed object, well outside of our galaxy. However, not only was that analysis fundamentally flawed, but a new paper out today identifies fast radio bursts that repeat, a dealbreaker for the merger scenario. 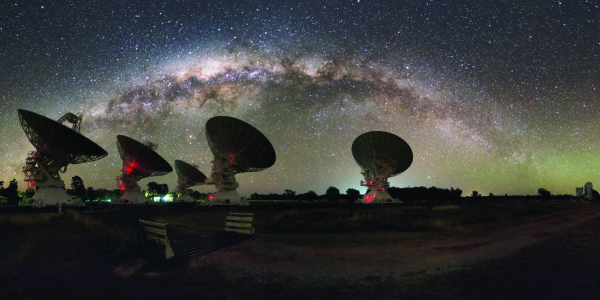 Image credit: Alex Cherney, of the Australia Telescope Compact Array, where the follow-up observations were performed.

Instead, it's thought that these events come from the evolution of young neutron stars, as the data show an extragalactic but non-transient origin for these bursts. Planned follow-up observations plan on identifying the source locations as well as their true nature, and discerning whether all fast radio bursts have the same origin, or whether there are multiple different classes. 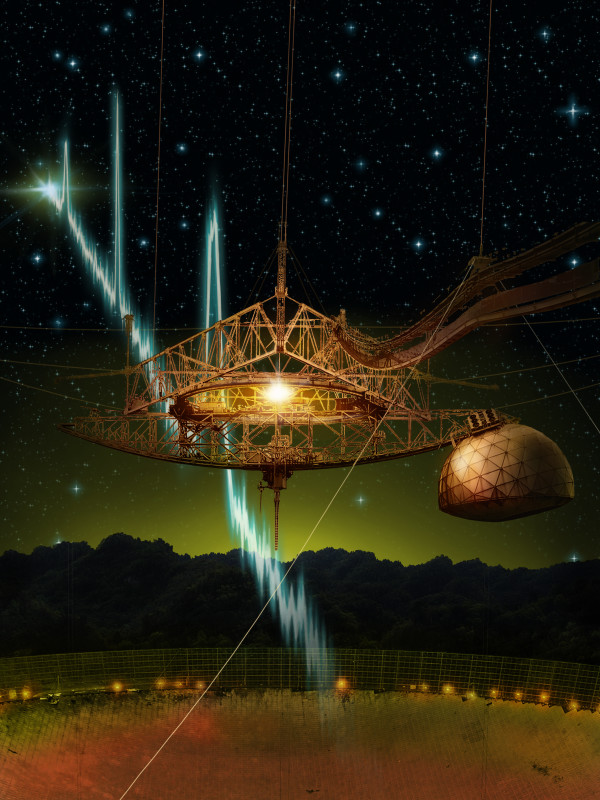 The 305-m Arecibo telescope and its suspended support platform of radio receivers is shown amid a starry night. This is the largest single radio telescope in the world. Image credit: Danielle Futselaar.

Go get the full story and the entire context of this awesome astronomical phenomenon over on Forbes!