"Eight solid light-years of lead...is the thickness of that metal in which you would need to encase yourself if you wanted to keep from being touched by neutrinos." -Michael Chabon

When it comes to dark matter, the most commonly considered candidates are WIMPs, or Weakly-Interacting Massive Particles. But with the failure of the LHC to turn up anything compelling at the ~100 GeV scale, or any robust hints of a new particle, for that matter, it might be time to consider another possible solution at much higher energies: a heavy, right-handed neutrino. 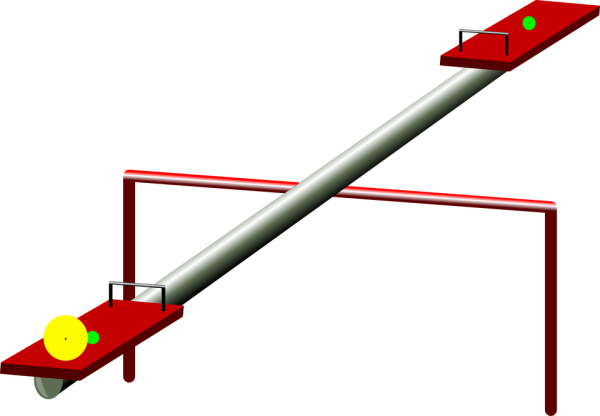 Neutrinos are all left-handed (and antineutrinos are all right-handed), and have extremely small but non-zero masses, likely due to a process known as the See-Saw Mechanism. If this is the case, there should be right-handed neutrinos (and left-handed antineutrinos) that have tremendous masses: more than a billion times as heavy as the other Standard Model particles. While often overlooked, these "WIMPzillas" could make up 100% of the missing dark matter in the Universe, and be the solution to one of nature's greatest mysteries. 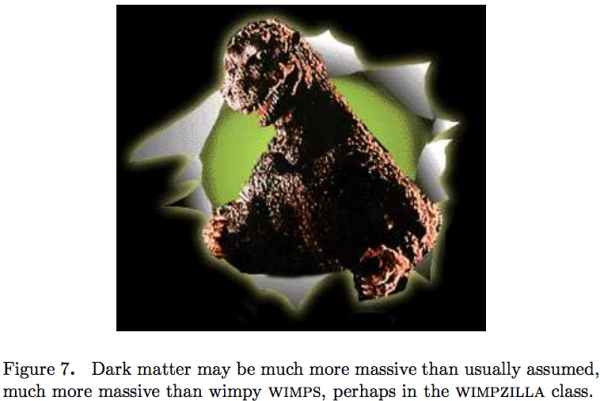 Go get the whole story over on Forbes!

Comments of the Week #102: From a "hole" in the Universe to a black hole eating the Earth

“[W]hen I was younger, I was afraid of something that didn't make a lot of sense. But now I'm not. I have nothing to worry about. It doesn't matter.” -Maurice Sendak Well, here in the USA we're all still reeling from the loss of an hour for daylight savings time, and in the meantime, I've been…

The second most abundant particles in the Universe are undetectable!

"These neutrino observations are so exciting and significant that I think we're about to see the birth of an entirely new branch of astronomy: neutrino astronomy." -John Bahcall You've been around here long enough to know about the Big Bang. The vast majority of galaxies are speeding away from us,…

Why Should There Be Dark Matter?

The neutrino sector has always been curious and the article brings up 2 questions.

1 - We have already demonstrated an ability to detect neutrinos. What is it that causes the right-handers to escape the same traps that catch the left-handers?

2 - With electrons I know it is possible to change spin orientation via pulsed electron paramagnetic resonance. Would it be theoretically to do the same thing with a neutrino and watch it spontaneously gain a billion times its original mass?

1) their rarity. And cross-sectional interactions need to conserve the quantum numbers (for complex mathematical reasons) to have a chance of happening. And chirality is one of them.

1) The detection problem is that right-handed neutrinos won't interact via any known (i.e., observed and measured) interaction. Regular neutrinos interact via the "weak force", that is, through the exchange of W+/- or Z0 boson (in the same way that electric charges interact through the exchange of photons). Those interactions _maximally_ violate parity -- the W and Z only interact with left-handed leptons (neutrinos, electrons, muons, or tau leptons), not at all with right-handed leptons.

If right-handed (so-called "sterile", because they don't interact) neutrinos exist, then they are either primordial, or produced as particle-antiparticle pairs from some high-energy interaction.

2) No. Electrons can flip their spin electromagnetically because EM is parity symmetric (it operates identically on left- and right-handed charged particles). Neutrinos don't interact electromagnetically, and thus can't have their spins flipped that way (or any other way, since they only interact via a maximally parity-violating left-handed force, see above).

Or maybe dark matter is composed of something like
right-handed amino acids!

So if there is a major mass dis-symmetry between right and left handed neutrinos could this asymmetry be the reason that matter won out against ant-matter?

@Omega Centauri #6: No. The parity violation in the weak sector is well understood and fully accommodated in the Standard Model (look up "Gamma matrices" in Wikipedia).

The matter/anti-matter asymmetry is determined by CP (combined charge-conjugation plus parity symmetry) violation. There is CP violation in the standard model, by way of the three-generation quark mixing matrix (look up "CKM matrix" in Wikipedia), although the CP violation there is _not_ sufficient to explain the observed asymmetry.

It is possible that mixing between the three neutrino generations (look up "MNS matrix" in Wikipedia) could contribute to the observed asymmetry, but that is presently not measured (in any meaningful sense -- see the Wikipedia article).

@Michael Kelsey: I just want to let you know that I appreciate the time you spend making these informative comments. They're sometimes a bit over my head, but not so much that I can't use them as a jumping-in point for doing a little research myself.

I've a few questions about those "wimpzilla" neutrinos, which seem to violate some of what I was (probably wrongly) expecting.

To explain the mass of "normal" neutrinos, wouldn't there be a need for them to be paired, that we have the same number of "left-handed" and "right-handed" neutrinos ?

If so, why would black matter be only 5x normal matter ? There are much more neutrinos than electrons/protons, and if the "wimpzilla" exist, they would then weight millions of time more than normal matter.

Also, when neutrino (or anti-neutrino) are produced by beta decay, wouldn't that need a "wimpzilla" to be created everytime, violating both conservation of energy (to create such a huge beast) and conservation of leptonic number ?

@Kilobug #9: Your question about "aren't they paired" is a very good one. I think it is inspired by the "particle-antiparticle" conservation issue (that we always make, for example, and electron and positron together from a gamma ray).

The leptons (of which neutrinos are one type, and electrons are another) *are* produced in pairs, but more complexly than you think. Neutrinos only interact through the "weak" nuclear process, which is mediated by three kinds of force carriers, the W+, the W- and Z0 (these are the "weak" analogues to the photon in electromagnetism).

In none of these cases do you get a right-handed neutrino or a left-handed anti-neutrino. The only way to produce these, that we know of, would be from a Z0, producing a pair of them. The W's can't do it, because those have to conserve charge and produced the matching charged lepton together with the neutrino.

From the lifetime of real Z0 bosons (produced, for example, at the old LEP collider at CERN in the 1990's) we can directly count how many types of neutrinos there are (even if we don't observe them!). The more neutrinos, the shorter the Z0 lifetime, and our best data says there are 2.9840 ± 0.0082 kinds of neutrinos (that is, just the three known families).

Heavy sterile neutrinos (at least up to 45 GeV, half the Z0 mass) would contribute a fraction to this count (because the mass reduces the decay rate compared to the count of "1" for an effectively massless daughter). But you can see from the numerical result that there's no space for highly massive neutrinos, sterile or otherwise.

The only option left would be for a "wimpzilla" with M > 45 GeV, which wouldn't be produced in real Z0 decays. LEP2 looked for them up to masses of 105 GeV, but didn't see any there, either.

@Michael Kelsey: I just want to let you know that I appreciate the time you spend making these informative comments. They’re sometimes a bit over my head, but not so much that I can’t use them as a jumping-in point for doing a little research myself.

I second that emotion.