10 quantum truths about our Universe (Synopsis)

“In fact, the mere act of opening the box will determine the state of the cat, although in this case there were three determinate states the cat could be in: these being Alive, Dead, and Bloody Furious.” -Terry Pratchett

Quantum mechanics has been described as the spookiest of all the sciences, since it’s by far the most divorced from our intuitive reality and everyday experiences. Even though we’ve been studying it for 100 years, there are still mysteries lurking in quantum phenomena still being uncovered. 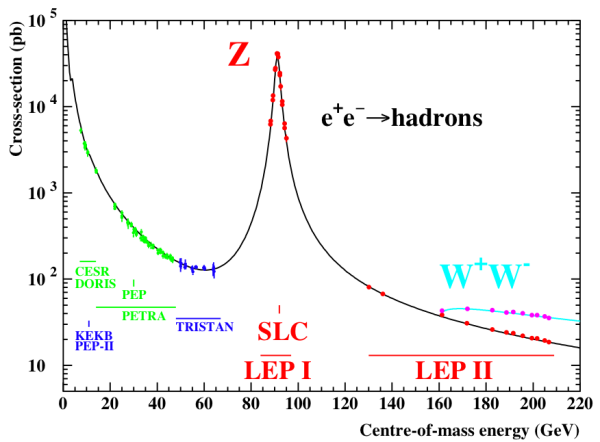 Image credit: the LEP collaboration and various sub-collaborations, 2005, via http://arxiv.org/abs/hep-ex/0509008. Precision Electroweak Measurements on the Z Resonance. Note that the Z-particle appears with a “width” in energy.

Yet many of the popular quantum stories people tell – “spooky” action at a distance, Schrödinger’s cat paradox, that everything is discrete and that Einstein never believed it – are actually way off base. 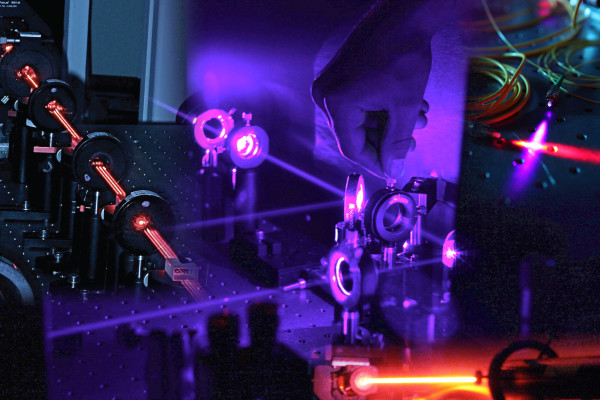 Here are ten features of quantum physics that are actually well-understood, despite the popular conception, thanks to Sabine Hossenfelder.

Part of the problem is the model. Get rid of the Bohr atomic model/diagram (it's next to useless mechanically) and adopt a model that actually represents the mechanical functioning of the nucleus. The fact that there is quantization in atoms is a hint at a mechanical, not a mathematically probabilistic structure. You could explain the rolls of a pair of dice with just probability, but you would still have no understanding of what was structurally allowing the possible outcomes.

No, keep it. It's still useful to explain shells and their construction so that pre-university students know the fate of electrons before being told about Eigenvectors. It was NEVER proposed to be "mechanically useful" whatever the hell that is supposed to mean.

It DOES explain some facets of QM: fitting full wavelengths in the orbit means that higher energy electrons in higher shells are closer together because their deBroglie wavelength is higher, and the emission of a photon is the beat frequency between the two levels, which (and maybe this is what you mean by "mechanically") is the energy difference between the two levels as photon wavelengths.

"The fact that there is quantization in atoms is a hint at a mechanical, not a mathematically probabilistic structure"

The fact is that is mere proclamation, not proof.

"You could explain the rolls of a pair of dice with just probability, but you would still have no understanding of what was structurally allowing the possible outcomes."

And you would not get anything by abandoning probability, just like you would gain nothing by "get rid of the Bohr model".

Do you have any idea of an improvement. or just a complaint against current science teaching?

Wow,
when your model isn't based on what the thing your modeling is and how it operates, it makes if difficult to actually make informed predictions. Throwing increasingly complicated math at poorly understood systems does not solve problems, it creates them. You evidently love lots of complicated math that keeps your club exclusive, lovely, but unnecessary and meaningless to the task at hand, which is to make more accurate models that can provide insight into how atoms function. It still amazes me that modern day science frets so much over the conservation of energy involving speculated black holes billions of years away, but ignores the very atoms we and everything around us is made of. They spin and move, where is the energy coming from? Yes I know what Bohr said concerning the conservation of energy through shells. It's hogwash, a paste over for something not understood, like Dark Energy. Here's your chance Wow, figure it out, don't just bury it beneath more invented math that is too complicated to explain.

Bohr's atomic model is about as accurate as the crystal spheres of the heavens to determine what planets are (Spheres of matter orbiting a sun Vs. artifacts on the interior of crystal spheres surrounding a flat disk earth). By mechanically useful, I mean that the nested crystal spheres of heaven as a model interferes with any actual understanding of the system you are observing. You can make some predictions with it, but more and more complex excuses must be created and stacked up to cover its shortcomings (things can pass between planets, how is that possible if they are separated by crystal spheres etc.)

CFT, the model is based off the real thing.

Sorry you don't understand and don't care to understand in your jihad against science, but there you go.

Please go read about Niels Bohr and his model before posting again and educate yourself about reality before you propound your profound ignorance on the subject more.

BTW, CFT, your proclamations, made without evidence as they are, are dismissed likewise.

"Yes I know what Bohr said concerning the conservation of energy through shells. "

Only after I told you.

However, you've only done the easy part, namely being critical of the existing theory. If you want to really be taken seriously, put your replacement theory out there for the scientific community to evaluate. It's likely that any simpler theory won't adequately account for all observed data. If that's the case, you must conclude that the current quantum mechanics is superior. At least up until now, there have been no observed discrepancies between measured data and the predictions of the theory. If you can create a theory that can predict observed data as well, but is simpler, then I suspect that you'll be claiming your Nobel Prize in a few years, once it's been fully evaluated by other scientists. Good luck, but I won't be holding my breath waiting for it.

Sean, CFT asked that I do that reformulation in simpler maths.

a) it's work, so the workshy little toerag doesn't want to do it
b) it's beyond their capability
c) if they produce one, it can be shown to be in error if it's badly thought out (see b)

So they want others to do it while they get to criticise.

Of course, Wow, I agree. It's a whole heck of a lot easier to criticize working scientists than it is to actually do some serious science yourself. Cranks like CFT will be happy to point out all the times that the scientific community gets things wrong. What they ignore is that those who prove the scientific community was wrong invariably do so by coming up with a better theory, not by just complaining that the scientist are incorrect.

@CFT: While you're expending all this energy complaining about a straw-man model, you seem to be utterly unaware of the state of current science. Not only do the mathematics of atomic and molecular orbitals accurately predict the properties of chemicals (look up words like "spectroscopy" or "QMD"), we have the technology to actually _image_ molecular orbitals and compare them to theory.

Atomic force microscopy directly probes the distribution (charge density) of electrons on the surface of a material. For solid state (crystalline) materials at low temperatures, that charge density is localized around the atoms, and so you get images which reflect the lattice structure.

But for individual molecules, the charge density is nothing more, and nothing less, than the structure of the electron orbitals in the molecule. And we have pictures (look up "molecular orbital AFM image") which can be directly compared, _at scale_, to theoretical calculations of molecular structure.

If you don't even know the science you're criticising, then you are utterly incompetent to have an opinion on the matter.