Ask Ethan: does the climax of the movie 'Gravity' violate simple physics? (Synopsis)

"You've got to learn to let go." -Matt Kowalski, Gravity

Objects in motion remain in constant motion unless acted upon by an outside force. That's Newton's 1st law of motion, and that's why you'd expect an orbiting satellite and two astronauts orbiting with it to have absolutely no relative forces. 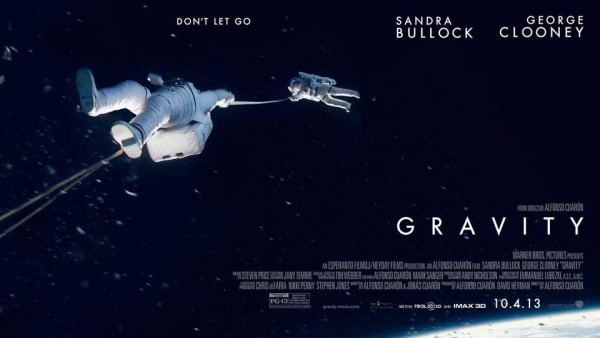 Yet if you watched the movie Gravity, you saw that the two astronauts, Stone and Kowalski, definitely experienced forces relative to the International Space Station when they were hanging onto it by a tether. Is this a violation of the laws of physics? Analysis shows that adding a small but simple rotation to the ISS could have caused exactly the effects shown in the movie, which is a perfect — if retconned — explanation for what you saw. 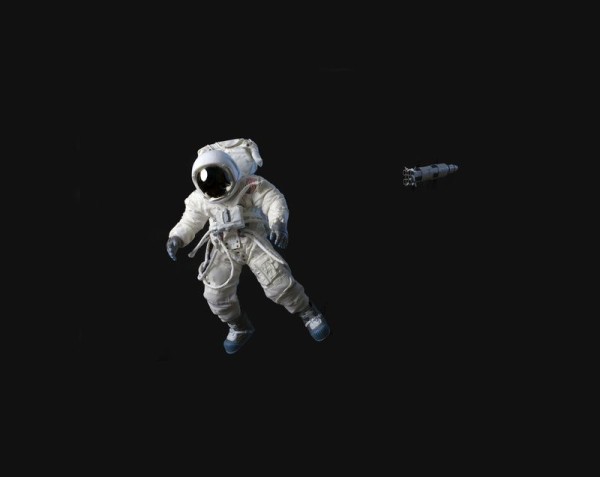 Go find out how this works, and enjoy the fact that the best part of Gravity isn't impossible after all!

Even if the station isn't rotating, the the astronauts are rotating wrt to the tether attachment the effect would be the same. The odds that they would have no angular momentum relative to the tether attachment are virtually zero. I don't think its breaking the parachute cord that matters, that probably requires in excess of a hundred pounds force, most likely it is the fact that Stone is only "attached" by a bit of cord wrapped on her leg, i.e. she is being tenuously held by friction alone.

I still think Kowalski could have given himself enough momentum by gently tugging on the tether and it should have been enough for them both the reach the station provided it didn't unwrap the delicate friction hold.

IMO Gravity is one of the worst sci-fi movies in last decade. The whole pillar of the movie being realism and accuracy, yet it's so ridiculous and plainly wrong that it hurts. From incorrect and frankly sexists portrayal of astronauts (Cloney basically tries to get in Sandra's pants for the first 15-20 minutes and the whole spacewalk looks like wild-west instead of actually happens), then of course Russians happen.. who else in Holywood, to Sandra holding her breath for some 7-8 minutes while doing heavy physical work, to programing a landing sequence on a chinese space capsule by randomly bashing the keyboards etc etc... baah.. sucky sucky movie

p.s. Martian on the other hand is what I think Gravity wanted to be but fell hugely short. True, not everything in Martian is 100% accurate, but at least it's much more belivable and heck of a more entertaining.

Sinisa @2. Regarding the sexism, I guess I was lucky, saw it on TV and missed the first twenty plus minutes. By then Cloney had modified his attraction to a desire to save her if at all possible -even to the point of sacrificing himself.

@ SL #2
" From incorrect and frankly sexists portrayal of astronauts"

Did you notice the question?
Ask Ethan: does the "climax" of the movie...... Why in a politically correct society a good little snow flake liberal could see that as a sexist question to begin with....
lol

ragtag, are you really stupid enough to think that the word climax in the question addresses the same issue SL raises? That's farfetched, even for you.

SL, I've not seen Gravity or The Martian. Usually I can suspend concerns about stupid science in movies because, well, they are movies. I'm getting from your comments that the problems with Gravity (the science problems, I get the objections to the other issue you raise, that's what Hollywood does) are too much to overlook?

dean, as is usually the case, you put your mouth in gear before your brain is engaged.
This is what I said " in a politically correct society a good little snow flake liberal could see that as a sexist question to begin with"
I don't think so, but a dimwitted agenda seeking liberal could.

No, no liberal would see sexism in that phrase. No real one that is : the fake image teabaggers imagine exist would, but there is nothing reality based there.

My scientist wife as the same problem as Sinisa Lazarek except her inability to suspend disbelief is in anything related to forensics.

Having seen both movies, Gravity is a vastly superior popcorn movie. See it on a big screen with good sound. It starts quick and is go, go, go from about 3 minutes in to the ending credits. It is beautiful to look at and has great pacing.

The Martian is more scientifically accurate, and is a good movie with some tense spots, but doesn't have the full throttle pacing from beginning to end like Gravity does.

In short, they are both good in their own ways and provided you don't think too hard about things like what it would really take to get from the orbit of the Hubble Space Telescope to the International Space Station, both movies are a good time.

@Omega
The beginning of the movie is suppose to be a routine spacewalk to fix something. Yet (at least to me) it's amazingly sloppy. Questions Cloney's character asks Sandra are along the lines "this is the first time I see you"... like the crew of a space shuttle get to work together ONLY in the actual flight, and not aspending year or two years together as a team before the actual mission. Then there are question.. are you married? Oh maybe we can have a coffee after we get back.. etc. Then there's Cloney doing show off flying in his jet pack while the actual repair is going on... because well... he can.. and NASA just chuckles. And then there's Sandra's character who basically disobeys a direct order from her superior officer in a live mission and is like... ok.. I'll hang around a bit more.. If even one of those things happened on a live Shuttle mission, I think congress would scrape the whole NASA managment. And that's just first 10 or so minutes of the movie :)

@Dean
I hear you. I mean.. I have no problem with "impossible" when I watch Star Wars, or Alien or even Armaggedon.. because yes, it's fiction. From a get go you know that there is fantasy there. But Gravity is not competing in that part of sci-fi. Instead it tries to be something like Apollo 13 (great movie btw). It tries to be "real life, real mission, real people, real problems".... but then it asks you to leave the common sense and realism at the door. That's why I don't like it. Because it tries to convince you that the fiction they've put in is something that can happen in a real situation. And it can't. i.e. no country today would decide to just blow up a satelite while there's a manned mission going on in orbit and not tell anyone, especially since most of the missions nowdays are comprised of mixed crews from different countries (including Russia.. lol). And then there's the last 20-30 minutes of the movie which is just plain impossible, no way around it.
Is it too much to overlook? To me yes, but since it got a whole bunch of Oscars, not everyone shares my view obviously :)

Denier pointed something which is true... Gravity was created for a big screen, with 3d and the whole nine yards. It's a visual experience. Take that away and all you have is a B rated script lines/characters and an impossible chain of events.

@ Dean
p.s. sorry .. I didn't address the science question. Actually no, there are no problems in the movie as far as physics or gravity or anything along those lines that I noticed in particular. There are no time-warping-hypothetic particle-space drive things or aliens or telepathy or zombies :) That part is ok in the movie. And don't get me wrong, not blaming actors at all. They did ok with what they had. I just don't like the script but maybe more than that, I don't like that it was hailed as an accurate and realistic portrayal of what could be.

I did find it irritating that the movies needed a vulnerable and pretty woman to make it work emotionally. So Sandra's character, reacted pretty much like any untrained normal human would have to that sort of situation. Only we know NASA doesn't send anyone up with a lot of training. So its sort of like -"we can train women, but when push comes to shove -it won't work". I don't thinks that's a desirable message

Every physics student knows Newton's Second law is F=ma, not his third law.

It is so satisfying to watch a film that portrays it's technology with a high level of accuracy.

I cringed near the end of the J J Abrams "Star Trek" reboot movie. When the Romulan ship was collapsed by the" red matter", it began to draw the Enterprise in as if the Romulan ship had magically just acquired magnitudes more mass. Now how did that happen?