"I'm here for several reason, Mr. Pepin, first of all for aid. When something tragic happens in our skies, we do our utmost to extend sympathy. But sympathy without action,that's an empty emotion. Mainly I'm here for the purposes of reentry."
"I don't understand."
"Adjustment," Harold said, "to earth. I'm here to make sure you didn't leave your whole life in the sky." -Adam Ross

When we launch a satellite into orbit around the Earth, we expend a tremendous amount of fuel and energy to make it happen. From hundreds of miles up -- well above the definition of space -- these satellites zip around the Earth many times per day, at more than 70% the escape velocity at their position in low-Earth orbit. 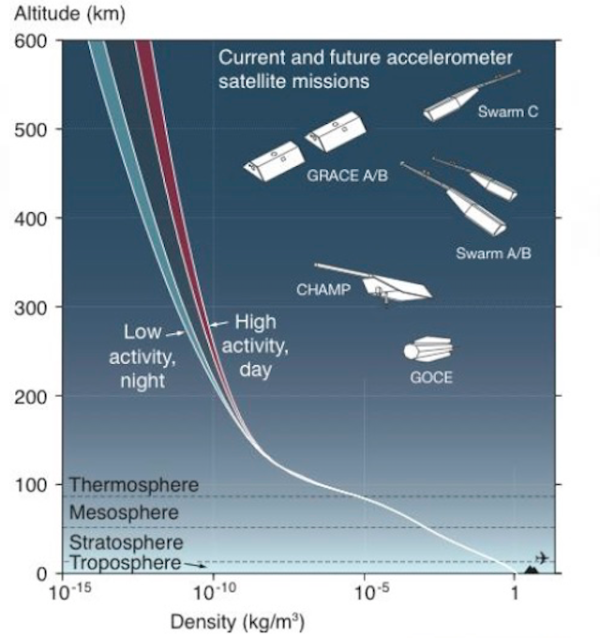 Image credit: E. Doornbos, TU Delft, of how atmospheric density changes with altitude. Note that the density does NOT drop to zero, even past the definition of where space begins.

Yet these satellites aren't stable at all, and will tumble back to Earth in a matter of decades if left unattended. The Moon, on the other hand, has stably orbited Earth for billions of years, and will continue to do so long into the future. The science of why satellites decay is due to five different components, all of which contribute. While atmospheric drag is the strongest for low-Earth orbit satellites, everything will eventually decay. 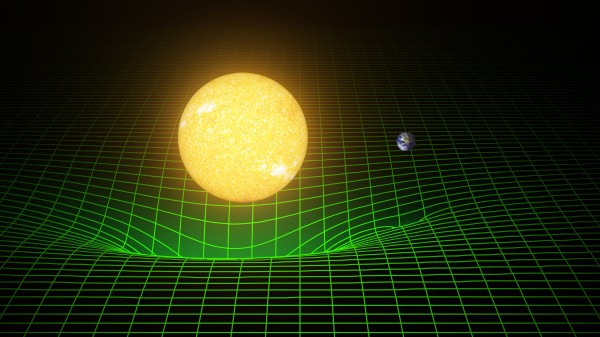 Go get the science behind why this happens, and learn what matter for all the satellites we know of over on Forbes!

@Ethan: It seems to me that your article, read by non-cognoscenti, does a good job of answering the question posed in the title, but then digresses into quantitatively irrelevant issues that obscure the main point.

Artificial satellites are unstable on timescales of years to decades (which is really the only timescale of interest for technology) because of three issues: varying atmospheric drag, solar wind, and debris/collisions.

Gravitational perturbations from other solar system bodies (primarily the Moon for Earth-orbiting satellites) are entirely negligible on the timescales of the dominate effects. If you design a satellite with active station-keeping for decades (like ISS or Hubble), then maybe those other perturbations could become interesting, and require some additional thruster usage.

The other effects you cite, especially GR effects like gravitational radiation, are so absurdly small that mentioning them (I think) just serves to confuse the reader. If the timescale for effects are orders of magnitude *in the exponent* longer than the current lifetime of the universe, then considering them is pointless.

everybody should know before turning off your adblocker for forbes that people have paid a high price for that and forbes only wants to hide that.

agree with Michael. If you take into account gravity and GR, and such long time scales (irrelevant for artificial satellites), then Moon's orbit is far from stable and the comparison to Moon as something which has stable orbit is off.

As a flag bearing representative of the non-cognoscenti I disagree. If you're going to tell the story then tell the story. It is the non-intuitive stuff that are arguably the more interesting pieces to the universe.