The Achilles Wheel of the Mars Curiosity Rover (Synopsis)

"By refocusing our space program on Mars for America's future, we can restore the sense of wonder and adventure in space exploration that we knew in the summer of 1969. We won the moon race; now it's time for us to live and work on Mars, first on its moons and then on its surface." -Buzz Aldrin

When the Curiosity Rover landed on Mars in August of 2012, it seemed that we had the ultimate successor to Opportunity in place. That older, over-engineered rover is still going after more than 12 years on the red planet, and Curiosity is leaps and bounds ahead in terms of technology: nuclear powered, loaded with cameras, faster, larger, more technologically advanced and with many more science instruments than any of its predecessors. 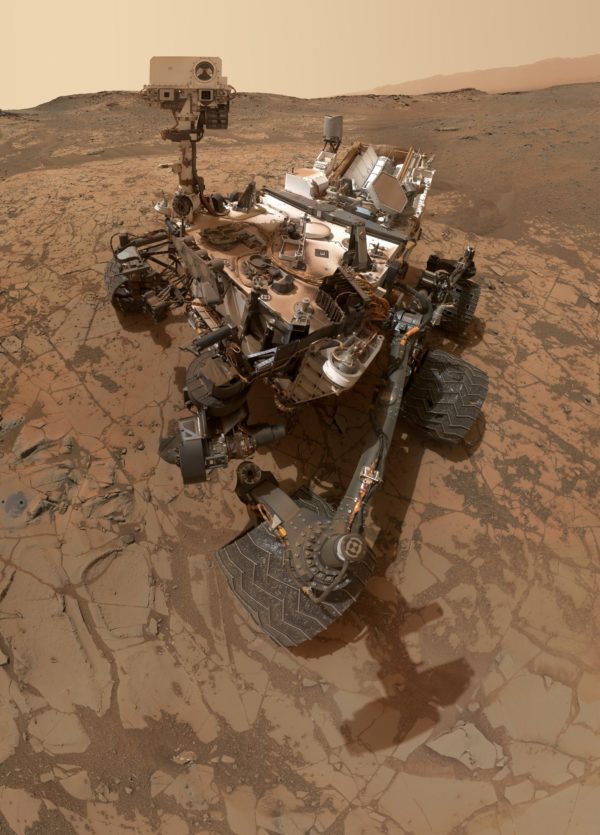 Yet along with all that extra technology, Curiosity seems to have a weak point: its wheels. After landing 10 kilometers from its destination -- Mount Sharp -- it took more than two years just to arrive at its base. By that point, its wheels had literally been shredded by a combination of the terrain and our own inability to anticipate what we would have found on Mars. As a result, Curiosity may be the first rover that fails to outlive the generation that came before. 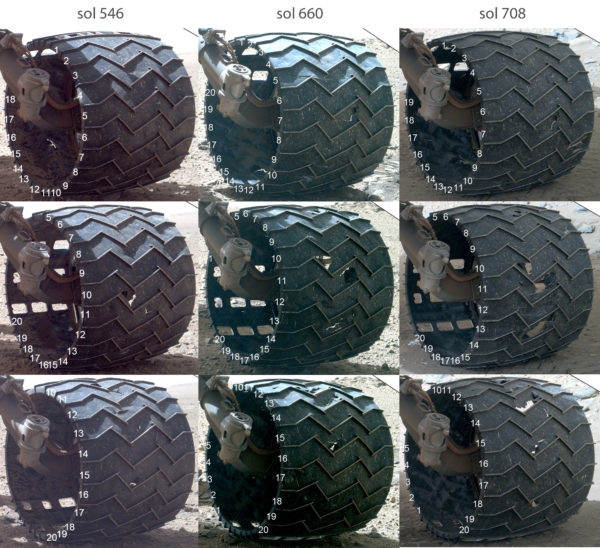 Come get the full scoop over on Forbes, as we look into the "Achilles Wheel" of this rover!

It should be more clear the threat the wheel construction posed to the mission was NOT known before MSSL was on Mars. There was some testing back in 2007 but it was not rigorous enough to uncover the problem.

The article confuses initial tests with the later testing by the Tiger Team to uncover just how bad the design flaw was. As an example, the picture of scarecrow in the JPL Mars Yard has Shaunna Morrison who didn't even star working at NASA until 3 years after MSSL had launched. The close-up of the shredded wheel was also a product of Tiger Team testing.

The wheels were designed to accommodate 1/6th of the rovers weight on Mars over 20 kilometers of the harshest terrain expected at the landing site. The error discovered by the Tiger Team was that the inertial and propulsive forces were not taken into consideration. The front wheels have not only 1/6th of the weight, but when forward progress is held up by a rock they also have to withstand the inertia of the entire rover plus the force of the other 5 wheels trying to propel the rover forward and mashing the rock restrained wheel into the rock. That oversight is why the wheels are failing. In reality the wheels can be driven to failure in as little as 8 kilometers.

The biggest fear is actually not in the wheels falling off but rather becoming mostly detached as was the case with the failed wheel being held in the close up shot. The concern is the detached portion of the wheel becomes a serrated sharp edge that will rip into the wiring harnesses running all over the outside of the rover.

While it isn't as bad as the Mars Climate Orbiter, the design and testing failures of MSSL are embarrassing compared to the awesomeness that is the Opportunity Rover.

FYI, someone at the planetary society is royally pissed about this article I wrote. I'm very curious to see what they put out in response in a week or so.

I'm all for anything that pisses off Bill Nye.

"I’m all for anything that pisses off Bill Nye."

Agree, I would like to back hand that douche bag pseudo scientist liberal jackoff POS!!!

"Agree, I would like to back hand that douche bag pseudo scientist liberal jackoff POS!!!"

Not that we ever expect any reasoned thought from you, but that is an especially racist comment, even for you. You might as well say "How dare a black man be more educated and better spoken than I am."

Agree, I would like to back hand that douche bag pseudo scientist liberal jackoff POS!!!

Not that we ever expect any reasoned thought from you, but that is an especially racist comment, even for you. You might as well say “How dare a black man be more educated and better spoken than I am.”

...And the gross misogynism. You might have well said "A hot piece like Bill Nye should be pregnant and in the kitchen".

Don't neglect to call him out for the "dog whistle" support for pedophilia! Makes my skin crawl.

Not that we ever expect any reasoned thought from you, but that is an especially racist comment, even for you.

Shit. Read "Nye" repeatedly and went to NGT in my mind.

Sorry rag, your comment is still foolish and unwarranted, but not at all for the reasons I gave in my comment. I worked this one big time.

(Thanks for pointing out my stupidity on this Narad.)

@Dean #9: Don't feel too bad. RM has already demonstrated (indeed, wallowed in) his racism quite publicly.

Maybe I'm too Kumbiya, but this seems like a normal RCA / SIN / after the fact analysis of what went wrong, what could have been done better.

Folk have opinions, defend their turf, attempt to avoid being blamed...
Not sure why it turns into a 'bash Bill Nye / Planetary Society' fest.

Isn't this kind of old news? Is it because Forbes never misses an excuse to bash NASA? It will be sad if it shortens Curiosity's mission, but at this stage tearing out big chunks of hair and beating your chest isn't going to accomplish much. I guess it might sell some popcorn.

"“I’m all for anything that pisses off Bill Nye.”

Ah, yes, because he won't agree with you on climate change or your mythology.