What does 'scientific consensus' mean? (Synopsis)

“Those who know that the consensus of many centuries has sanctioned the conception that the earth remains at rest in the middle of the heavens as its center, would, I reflected, regard it as an insane pronouncement if I made the opposite assertion that the earth moves.” –Nicolaus Copernicus

There are certain words that simply get people’s hackles raised, shutting off the part of their brain that normally responds to reason and instead results in an emotional response taking over. For some, that word is “theory,” one of the words with the biggest gap between its colloquial and scientific uses. 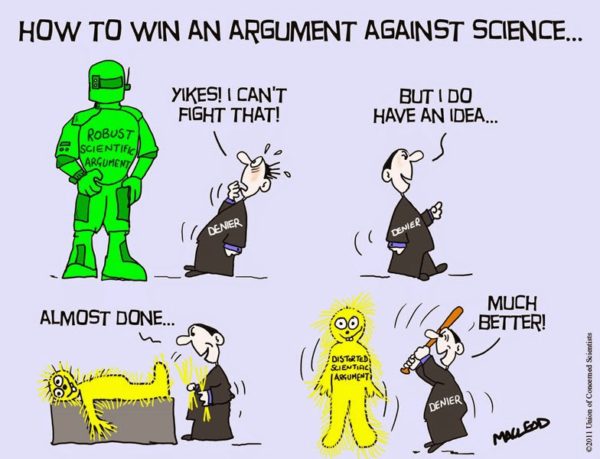 But another such term is “consensus.” You might have grown up — like me — believing that doing something yourself is the only way to ensure it gets done correctly. But when it comes to science, not only is that not the case at all, but a scientific consensus isn’t the conclusion, but rather the starting point. 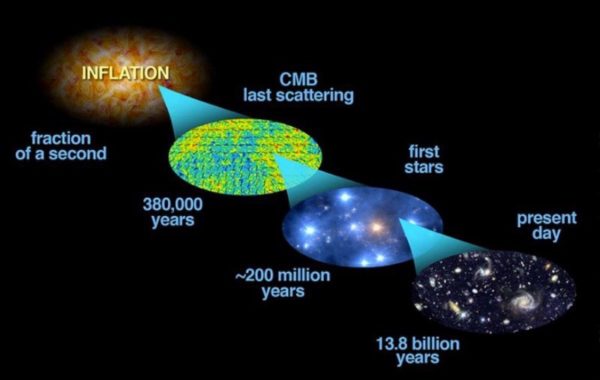 Come find out what it’s all about, and learn what the term you’ve probably even used before — scientific consensus — actually means!

“What does ‘scientific consensus’ mean?”

It means, or is interpreted to mean, a lot more than it should mean.

But I was actually *starting* to like your Forbes article, Ethan!

However, then, disappointment …
“Think about evolution, for example. Many people still rally against it, claiming that it’s impossible. Yet evolution was the consensus position that led to the discovery of genetics, and genetics itself was the consensus that allowed us to discover DNA, the “code” behind genetics, inherited traits and evolution. The safety and effectiveness of vaccines… fluoridated drinking water also fall into this category…”

I thought the Catholic monk Gregor Mendel was the father of genetics. But I don’t recall reading that he believed in evolution.

Ethan, can you point me to documentation that says Mendel DID believe in evolution?

Regardless, EVEN IF he DID believe in it, neither his discovery of genetics nor that of the safety and effectiveness of vaccines nor that of fluoridated water NOR ANY MEDICAL/SCIENTIFIC/TECHNOLOGICAL DISCOVERY beneficial to mankind or animal kind -
NONE OF THEM REQUIRED A BELIEF IN EVOLUTION.

How can you say such crap, Ethan?
Crap that you KNOW, or certainly SHOULD know, is false?
..............
“But with that in mind, when we talk about science being settled, we’re not talking about “scientific consensus” as the final answer, but rather as the *starting point* that *everyone* agrees on… Public health measures like … global warming — driven by human modification of the ecosystem, particularly the atmosphere and biosphere — is the *starting point* for discussions about the Earth’s climate.”

The consensus is the “starting point”?
I’d choose different words.
Maybe something like
“entrance gate guarded by several bouncers.”
If you don’t have the right passwords (“I believe in CAGW”), you don’t get into the party.
In fact, the “bouncers” may even rough you up a bit.
Why, they might even try to put you in jail.
Yes, Sal and Bruno…...
and maybe even RICO, to the rescue!

Regardless, EVEN IF he DID believe in it, neither his discovery of genetics nor that of the safety and effectiveness of vaccines nor that of fluoridated water NOR ANY MEDICAL/SCIENTIFIC/TECHNOLOGICAL DISCOVERY beneficial to mankind or animal kind –
NONE OF THEM REQUIRED A BELIEF IN EVOLUTION.

Actually, the question "Why do you keep repeating these lies?" should go to you sn. You've had enough explanations for why your pissy little footstomping objections (which you never support, by the way) are flat out wrong, that you must know by now you are simply fibbing.

SN, and yet you take the word of dailycaller.com as gospel. What's going on?

This is for you, Ethan.
It’s no doubt full of phony images (kind of like that fake black hole merger pic you’re fond of using).

But the *consensus* would probably be:
This is one wild sci-fi trip (and good song):
https://www.youtube.com/watch?v=aZJ5IExchMY

See Noevo, did you miss Ethan's comment about "consensus" having a different meaning in science as opposed to everyday life?
Your comment above is just silly.

@Julian Frost #5: Unfortunately, See Noknolwedge explicitly (and fully admits) to never actually reading Ethan's posts, nor anything else. He borrows YEC talking points from other Websites and regurgitates them here, demanding "answers" to "his questions" which he dutifully ignores. At least on this site, he doesn't engage in the racism and misogyny which has gotten him banned from other science blogs.

Unfortunately, See Noknolwedge explicitly (and fully admits) to never actually reading Ethan’s posts, nor anything else.

This is a pretty common preface to S.N.'s comments in general, but he did quote from the Forbes item here (it took me over 5 minutes to ascertain this, thanks to the fantastic Forbes UX on my phone).

Then again, if one defines "read" as including comprehension rather than skimming for quotes to latch onto, then yah.

NONE OF THEM REQUIRED A BELIEF IN EVOLUTION

This was covered a long time ago at RI. If one redefines "evolution" as bariminology, no, it is not necessary. On the other hand, if one wants to work on, say, HIV-1, yes, it most certainly is.

Of course, you never state this idiotic premise up front, because you're trolling for attention.

Julian, have you solved the mystery of how I would have gotten the quotes in #1?
……………………
“[See Noevo]… demanding “answers” to “his questions” which he dutifully ignores.”

That reminds me, Mikey, that at least three times in the past I’ve asked you about something you’ve said to me:
“Deceiver…in keeping with your Master’s program.”

I asked you in response:
1) Who do you think my “Master” is?

2) Do you believe this “Master” actually exists, is a real being?

Are you going to dutifully ignore my questions for a fourth time?
If so, why?

Are you going to dutifully ignore my questions for a fourth time?

The irony, it burns.

I just tonight saw the piece linked below.
It minds me of that old (and odd) saying:
“You can’t win for losing”,
except that here it’s just the opposite:
“You CAN win, EVOLUTION can WIN, for losing,
or BY LOSING more and more genes!”

The mind reels with the implications.
http://www.nature.com/nrg/journal/v17/n7/full/nrg.2016.39.html

"Actually, the question “Why do you keep repeating these lies?” should go to you sn."

The answer to which is that SN can't accept being wrong therefore must insist everyone else is.

That others CAN think differently really grinds his gears because he knows there's no foundation for his beliefs, and that those doing without them underlie this truth.

"Are you going to dutifully ignore my questions for a fourth time?"

And yet more irony when you realise See Nowt has made the claim that he has BETTER EVIDENCE YEC is correct yet ran away when asked for it.

Wow, are you a virgin? Yes or no? (psst...we all already know the answer)

Who's going to remind all the politicians and talk show hosts on both sides of the climate debate that they are not experts.

Which would be because you aren't worth answering, bri. Answering would do nothing to stop your whinging cries.

All you do is whine.

"Who’s going to remind all the politicians and talk show hosts on both sides of the climate debate that they are not experts."

Hell, even the morons pushing the "It's a SCAM!" lie claim they're not experts. But they're damn sure it's all a scam and they know there's no risk yet.

Wrong. If a basis fundamental decision was wrong, then everything following will be wrong! Take- photons have no mass, but have momentum and are affected by gravity! Take- math is science! Bogus and wrong to the core.