“It used to be that Pluto was a misfit. Now it turns out that Earth is the misfit. Most planets in the solar system look like Pluto, and not like the terrestrial planets.” -Alan Stern

The combination of New Horizons and Hubble to work together allow us to create the longest-baseline parallax images of all time. Through this combination, we’ve managed to learn more about a distant, long-range Kuiper belt object -- in this case, (15810) 1994 JR1 -- than ever before.

This technique will enable us, if we so choose, to identify, characterize and learn the orbits, rotational periods and even topography and color of dozens of worlds beyond Neptune, if only we choose to extend New Horizons’ mission beyond the end of this year. 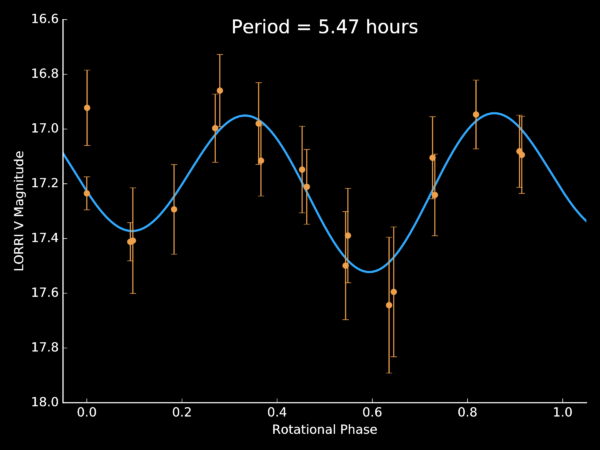 Go get the whole story and some amazing pictures and movies in 200 words or less on Mostly Mute Monday!

Are there any plans for a new hubble with our current up to date technology?
The Webb is a different beast. I think visual images help to inspire and promote a laymen populace to want to spend more resources on things they can actually see.

Hey, Tex, we are going to get some eye candy next week when Juno drops into orbit around Jupiter !