Ask Ethan: Can Gravitational Waves Let Us Peek Inside A Black Hole? (Synopsis)

"Find a place inside where there's joy, and the joy will burn out the pain." -Joseph Campbell 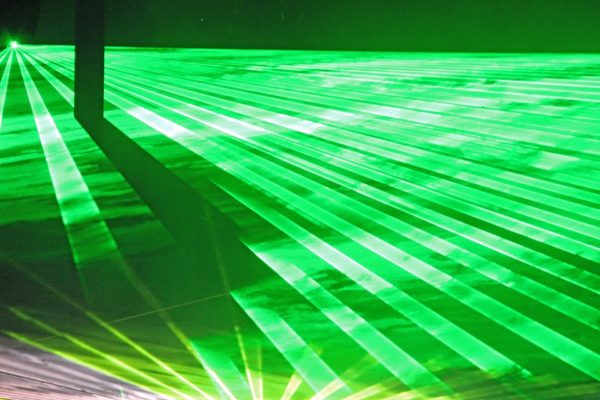 In flat space, it's easy to set up an infinite series of observers that all agree on the speed of light at different locations. Image credit: PixaBay user PixelAnarchy.

But in curved space, different observers don't agree on what the speed of anything, even light, is at different locations in space. Some observers will even see a photon move at speeds greater than c, for that matter. Could that mean that maybe there's a loophole, and that something like a passing gravitational wave could enable a particle or photon from inside the event horizon to make it out after all? 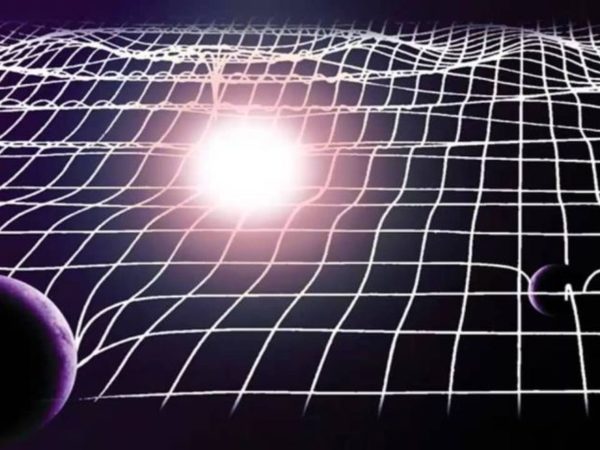 Light and ripples in space; as the light passes through non-flat space, it changes how an observer at any other location perceives the passage of time for the light. Image credit: European Gravitational Observatory, Lionel BRET/EUROLIOS.

It turns out that the answer is no, but the full explanation from General Relativity is more bizarre than anyone would have expected!

Time Sucked into anti-time with all for balance absolute equal for the anti-equal. Two fabrics unequal are balanced. Only escape is at near end of processes.

But if you illuminated a BH with gravitational waves, and observed what happens to these waves as that interact with the BH, could you work out what is happening inside the horizon. This seems to me to be a weaker violation of nothing can get out, but if it was true, it might allow some small amount of information to be extracted.

Now, I'm not saying we could actually do this, but in theory if a gravitational wave source were directly behind the BH, we could detect any anomalous wave forms. So presumably there is some sort of (highly mathematical) thought experiment could be constructed about this?

Hello Ehtan!
I'm sorry that my question does not refer to the post topic.
I can`t find where I can ask you a question. Sorry. My english are not good. But if You read this please give a short answer or email me please.
So... I am interested in the question. If the star Betelgeuse explodes how serious the consequences can sense our planet if its pole faces in our direction?

Speaking of gravitational effects,
this story has an interesting take on their personal repercussions (“Dr Ellis says that humans might suffer from bad backs because they evolved on a world with lower gravity.”).
It also presents an out-of-this-world hypothesis that might help to explain the likes of philip coleman and other ScienceBlog commenters.
http://www.dailymail.co.uk/sciencetech/article-2507377/Humans-NOT-come-…

Thanks for the LOL SN. You do have a talent for finding studies by cranks.

Eric, a larger laugh is that sn feels there is a difference in quality between his comments and those of coleman. If there is, it would sn who has the worse track record.

Point of clarification, please: are "dean" and "Dean" the same commenter?

Narad, yes. The problem comes from my decreasing dexterity and a quirky phone keyboard.

Just making sure, thanks.

"And at no instant could anyone receive information outside of the black hole about what was going on in the interior."

But isn't LIGO detecting gravitational ways resulting from merging black holes during the ringdown phase, when the individual singularities are already inside the newly merged event horizon? Those weren't absorbed by the black hole, but were emanated from it. And that loss of energy resulted in the loss of mass of the final black hole... so do these statements only refer to particles?

@Adam #11: Good questions! LIGO detects gravitational waves from both the inspiral and ringdown phases. In both cases, the waves arise from the motion of the two black holes through the spacetime _outside_ the event horizon(s), not from activity within them.

During inspiral, the quadrupole moment of the whole system as it rotates around its center of mass is what generates the waves.

During ringdown, the event horizon is very briefly not spherical, but has some extremely complex shape (computable in GR) determined by the initial masses and spins of the two black holes.

The ringdown waves are generated in the spacetime _outside_ the event horizion by the "relaxation" of that complex shape to the sphere required for a single black hole.

@Michael Kelsey, thank you for the great explanation!

So, if I understand correctly, the distorted shape of the black hole's event horizon after the merger has nothing to do with whatever may or may not be happening inside? I had imagined that it did, so I'll have fun rereading all these articles! Did I read somewhere that the black holes were inspiraling at a fraction of the speed of light, and that was before the merge? That's amazing.

I've been very interested in this ever since it was brought up on this site last year, because I had heard about black holes evaporating over extremely long timescales due to Hawking Radiation, but not losing multiple suns worth of energy in just a few milliseconds. Is there a reason the two methods of mass loss aren't ever brought up at the same time?

Would any matter falling into a black hole cause perturbations in the event horizon, causing the black hole to lose mass? Or is there a lower mass limit, or a need to have two event horizons merging to cause this?

Thank you very much for your time!