Grand Unification may be a dead-end for Physics (Synopsis)

"Even if there is only one possible unified theory, it is just a set of rules and equations. What is it that breathes fire into the equations and makes a universe for them to describe?" -Stephen Hawking

One of the greatest discoveries of the 20th centuries was not only that there were just four fundamental forces describing all of nature, but that two of them — the electromagnetic and the weak force — unify into a single "electroweak" force at high energies. Given the equivalences between electric charges in the strong nuclear force sector and the electroweak sector, could there be a grand unification between those as well? 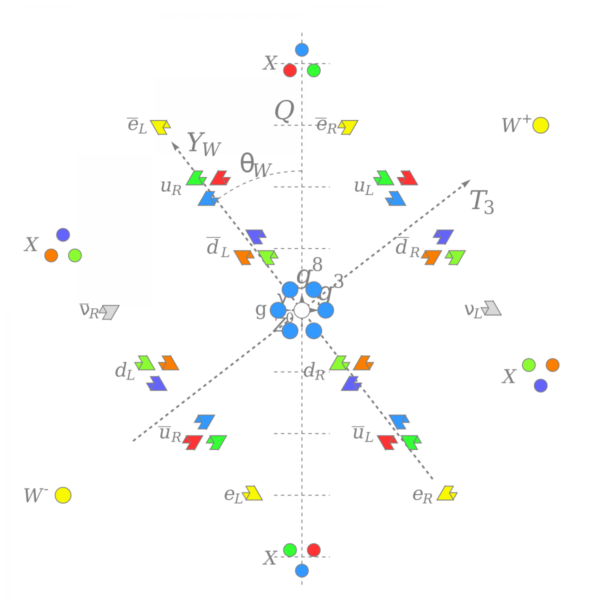 In a great theoretical development, Grand Unification Theories (GUTs) became all the rage, making bold predictions like additional bosons, flavor-changing neutral currents, and proton decay. But in the more than 30 years since their inception, the ideas of GUTs have all fallen flat, implying the question of whether the entire concept of unifying forces and interactions into larger groups and structures is completely wrongheaded. 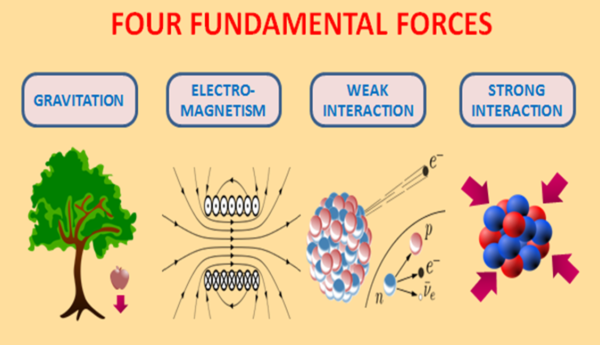 Experiments and measurements don't lie, but it's up to the scientists who work on it to choose to go in a different direction. Perhaps it's truly time.

Steven Hawking is adding a philosophical bent towards physics? :)

Now here is where gravity comes in. Gravity is MUCH weaker than even the nuclear force, which in turn is weaker than the color force. The QM mediator of gravity is the graviton, which just happens to look like a double copy of a gluon.

I don't find fault with the thinking of theorists who believe the universe is like Taco Bell. There is a whole menu of different looking things but when you break it down it is just the same seven ingredients in different presentations.

“It might not be comforting, especially initially, but … there’s no compelling reason to think _____ _______ is anything other than *a theoretical curiosity* and a physical dead-end.”

@Deceiver #4: "Christain fundamentalism". Am I right?

Michael, christian fundamentalism is a physical dead-end, and a dead end for intellectual development, but it's a curiosity only as far as it makes thinking people wonder "how can those fundamentalists be so ignorant?"

Off topic, a little help needed…

The question for Greg is:
Do you agree that Hillary Clinton should NOT have been indicted by James Comey?

This is a test. Fill in the blank!

The question for Greg is:

The answer for S.N. is: Fυck off, nobody's posting your comments for you someplace where you're not welcome.

Some recent candidates for blank filling:

“Venus, not Earth, may have been our Solar System’s best chance at life”

“Ceres’ bright spots are salts; likely due to subsurface water”

“Can Gravitational Waves Let Us Peek Inside A Black Hole?”

“Does Earth really have a second Moon?”

“Origin Of LIGO's Merging Black Holes Finally Discovered! ...
So how did these black holes come to be? After much numerical study, it APPEARS THAT young, metal-poor stars about 40-100 solar masses… Finally, in the final fractions of a second, those ripples in spacetime were enough to vibrate our detectors here on Earth BY LESS THAN A THOUSANDTH THE WIDTH OF A PROTON.”
..............
Priceless.

Yes sn, all the things you list are amazing. It is astounding what can be done by people with an education, and the correct tools, can do.

It is also amazing what ignorant people can dismiss without any serious argument or data, simply because they won't take the time to study (as you demonstrate with each of your posts).

This is a test. Fill in the blank!

I'm sort of following the humor in the Shaw illustration, but does anyone get the "sinh" → "sihn" change?