“You develop an instant global consciousness, a people orientation, an intense dissatisfaction with the state of the world, and a compulsion to do something about it. From out there on the moon, international politics look so petty. You want to grab a politician by the scruff of the neck and drag him a quarter of a million miles out and say, 'Look at that, you son of a bitch.'” -Edgar Mitchell

Can you believe it’s been 70 years since humanity first began exploring our own planet from space? It’s the best way to view clouds, weather patterns, sea ice, deforestation and all sorts of other phenomena that change the way our planet looks over time. 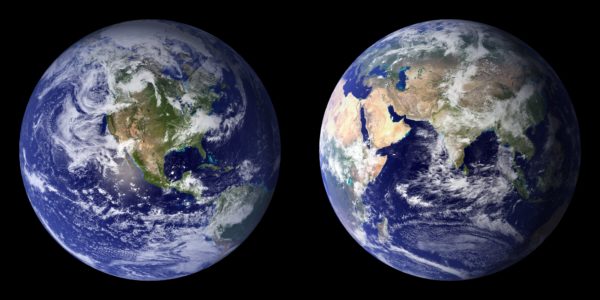 As camera and satellite technology has gotten better and better, we can now -- from low-Earth orbit -- view the entire globe at resolutions of just a few meters per pixel. Meanwhile our most distant satellites are now good enough that they can make out the size, shape and phase of the Earth, including the Moon as well, from tens of millions of miles away. 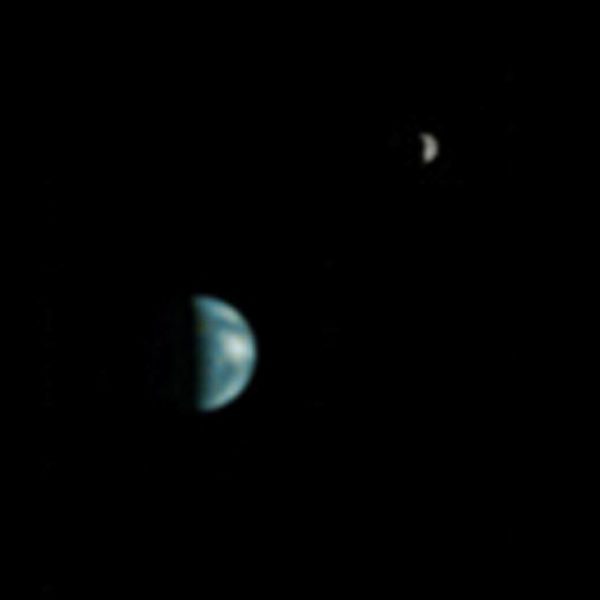 The Earth and Moon, together, as captured from Mars in 2003. Image credit: NASA / JPL-Caltech / Mars Global Surveyor.

Go get the full story, and an amazing video, over on Forbes today!

As camera and satellite technology has gotten better and better, we can now — from low-Earth orbit — view the entire globe at resolutions of just a few meters per pixel.

We're actually tighter than that and the advancement is due mainly to the relaxing of US law. Most of the stuff we see on Google Maps is from DigitalGlobe Quickbird satellites, which had a detail resolution down to 0.6m per pixel (with a 2.4m per pixel color overlay). However with new changes to US law DigitalGlobe's new satellite resolves down to 30cm per pixel.