“All I want is blackness. Blackness and silence.” -Sylvia Plath

Even on the darkest night skies from the most pristine locations on Earth, the night sky is never truly dark. Not even if you look away from the plane of the galaxy, on a moonless night, between the stars and away from any human-made or nature-made sources of illumination. Unlike the views that a telescope like Hubble can get from space, nothing on Earth is ever devoid of photons that have their origin in starlight. 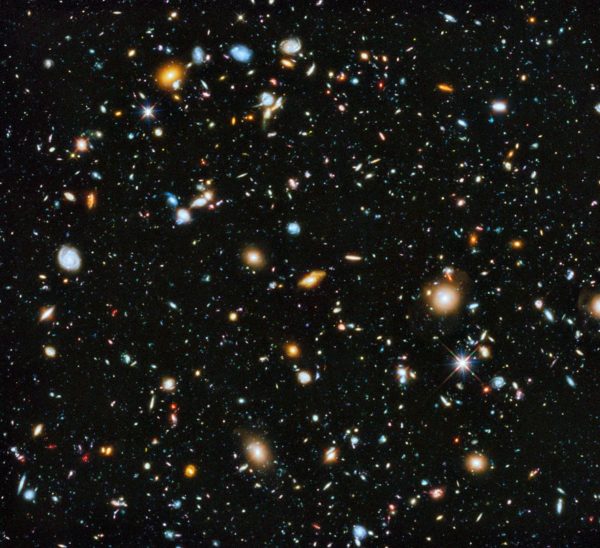 The full UV-visible-IR composite of the XDF; the greatest image ever released of the distant Universe. Every galaxy shown here will eventually accelerate away from us at greater than the speed of light, thanks to dark energy. Image credit: NASA, ESA, H. Teplitz and M. Rafelski (IPAC/Caltech), A. Koekemoer (STScI), R. Windhorst (Arizona State University), and Z. Levay (STScI).

That’s because, unlike from space, even the highest-altitude, lowest-turbulence and most pristine locations on Earth still have to contend with our atmosphere. This atmosphere still reflects and refracts light -- even if it’s starlight, not sunlight -- and exhibits the effect of airglow due to air circulation and interactions with the Sun during the day. 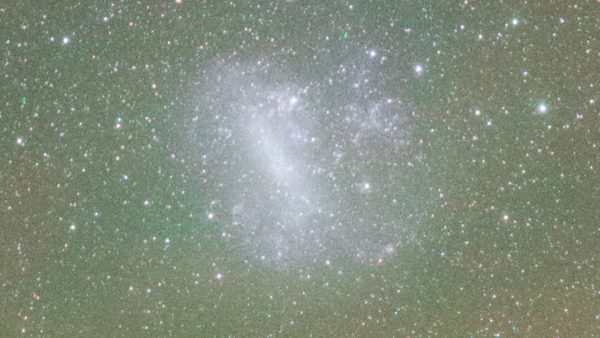 One of the few galaxies -- the Large Magellanic Cloud -- as visible from Earth. The faint background light comes from Earth's atmosphere. Image credit: Y. Beletsky (LCO)/ESO.

No matter where you are on Earth, there’s no escape from 100% of the light.

"When you get just a complete sense of blackness or void ahead of you, that somehow the future looks an impossible place to be, and the direction you are going seems to have no purpose, there is this word despair which is a very awful thing to feel." -Stephen Fry Perhaps the most fundamental…

"Truth in science, however, is never final, and what is accepted as a fact today may be modified or even discarded tomorrow. Science has been greatly successful at explaining natural processes, and this has led not only to increased understanding of the universe but also to major improvements in…

If you were to view from the south pole in winter, how much would the skyglow be diminished? The atmosphere above you hasn't seen sunlight for a couple of months, so I would think
most of these ions would have recombined. You still have the starlight problem (doubly so since the ground is highly reflective), but maybe the absence of skyglow makes up for that?

If you were to view from the south pole in winter, how much would the skyglow be diminished?

You aren't the only interested, it turns out. ;-) This paper from 2010 (just the first thing that popped up) looks at backgrounds in section 2.

^ The automatic turning of ASCII emoticons into images is also a damnable practice.

on issues like these, I'm always torn apart... between doing better science and the footprint you leave on the planet. Because deep down I root for both camps. I am not thrilled to see thousands of workers and heavy machinery carving one of the last natural wild parts of earth like Antarctica.

And maybe it's even cheaper to build and launch smaller, more specialized space telescopes who don't worry about atmosphere then to build large domes on polar caps.

@1: I haven't read Ethan's full article or Narad's link so I apologize if this was already addressed, but for the south pole in winter I would think that the aurora australis would be as big a 'problem source of light' as airglow from the sun under the horizon.

Even beyond the Earth's atmosphere there's still Zodiacal light: the faint but visible scattering of sunlight off dust and tiny bodies orbiting the sun in the same general plane as the planets. You want REALLY dark, you have to go past Jupiter's orbit. :^D