Ask Ethan: Why don't we shoot Earth's garbage into the Sun? (Synopsis)

"There will be peace when the people of the world, want it so badly, that their governments will have no choice but to give it to them. I just wish you could all see the Earth the way that I see it. Because when you really look at it, it's just one world." -Superman

So, you want to shoot Earth’s garbage into the Sun, do you? From a physics point-of-view, this is difficult, but possible. First, you have to overcome the pull of Earth’s gravity, and escape into space. Next, you have to take into account the fact that Earth orbits the Sun at 30 km/s, and to fall into the Sun, you need to take that all away, something that would require a series of gravity assists. 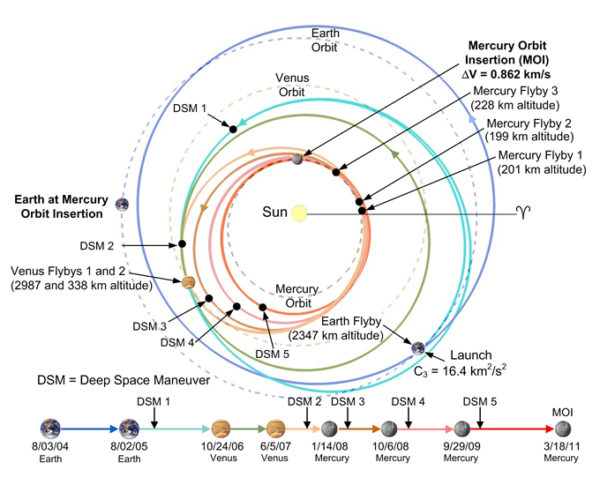 NASA's flight path for the Messenger probe, which wound up in a successful, stable orbit around Mercury after a number of gravity assists. Image credit: NASA / JHUAPL, via http://messenger.jhuapl.edu/About/Mission-Design.html.

But even if you figure all the physics out -- and even if cost is no object to you -- you need to figure out how many launches it would take and how low you can get your launch failure rate. Even if we got the failure rate down to just 0.1%, more than an order of magnitude lower than it’s ever been, we’d still spread hundreds of thousands of points of radioactive waste all over Earth. 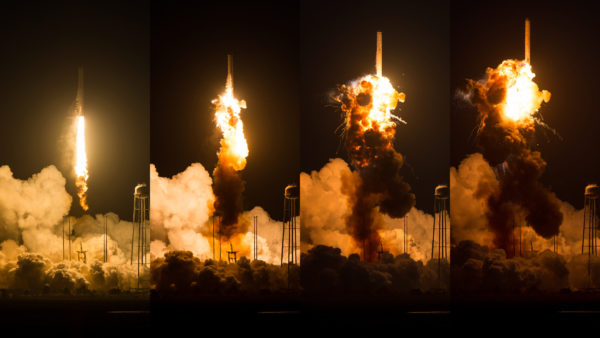 The science is interesting, but there are some very, very good reasons why all of Earth’s garbage, even the most dangerous stuff, is staying right here!

I've always wondered why we don't dump garbage including nuclear waste into the Marianas Trench or other subduction zones.

@1: well, the trash would subduct at geological speeds. Which means if there were any leaks/corrosion/etc. it would just basically contaminate the deep sea environment for tens (or hundreds) of thousands of years before it finally disappeared into the mantle for 'recycling'. Still, its not the worst idea. I think its far better than spending $millions per kg to lose useful mass. I think more standard storage is probably a better idea, because I expect human technological capability will advance much faster than plate tectonics. Meaning I think we'll find a politically secure way to use breeder reactors to turn it into shorter-lived waste, or even maybe hopefully to burn it in fusion reactors. And even if you are pessimistic about fusion development, again, subduction takes tens of thousands of years. I'm not that pessimistic about fusion. :)

Another off-the-wall idea; use waste for RTGs for robotic spacecraft. Sure, it's not as efficient as plutonium. But we have a lot of it, we don't want to keep it, and there's no proliferation issue in using it.

In terms of energy, it would be cheaper to launch nuclear waste into Alpha Centauri than into our sun. Unless you use a gravity assist manouver at Jupiter.
-- -- --
By the way, we now have the chemical understanding to separate all actinide isotopes from the lantanides ( americium was a big problem).
It is the actinides that are really long-lived. Burn them in a reactor desgned for mixed-oxide fuel, or why not keep the isotopes near a *fusion* reactor? The fast neutrons will split the heavy nuclei, ridding us of most transurans in one go.

So what if our radioactive waste was dropped into the Marianas Trench - or other subduction zone?