"You are both fools. You cannot see thoughts, or angels. One is an abstract, the other a fantasy. To compare the two would be silly. Of course, using inferential logic, we can detect the existence of thought by the evidence of its actions, just as I detected the existence of a new form of radiation! Seeing no evidence of God or angels, and applying Occam’s Razor we can effectively rule out God or angels with metaphysical certainty. By the way Mr. Astronaut, you have cancer." -Pavel Cherenkov (allegedly)

It’s true that nothing can move faster than the speed of light, but only if you’re in a vacuum. Once you’re in a material, like water, glass, or even the atmosphere, all you need to do is make your particles move faster than the speed of light in that medium and all the rules change. By moving faster than light, you force these relativistic particles to emit photons in all directions -- Cherenkov radiation -- which forces them to slow down. 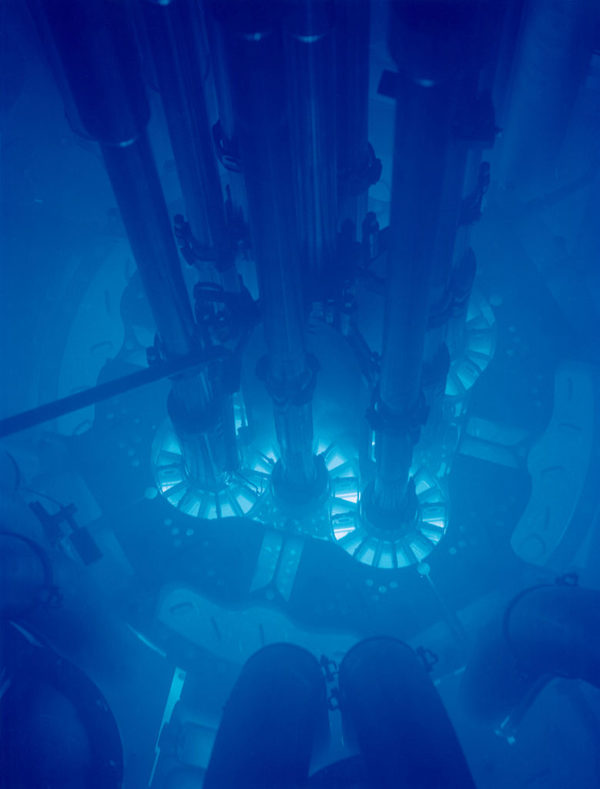 This Cherenkov radiation can be detected by an observatory designed to do exactly this! Since very high energy cosmic rays strike our world and move through the atmosphere, we can detect these Cherenkov photons as their signature, and work to reconstruct where they came from and what caused them. 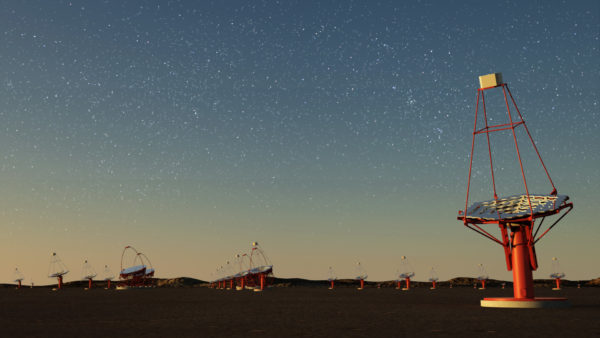 Ground has been broken just this year on the first telescopes as part of the massive Cherenkov Telescope Array (CTA); come find out what science we’re poised to learn from this massive undertaking!

I am being treated to the phenomenon of Cherenkov radiation nearly every day this month (last one just a few hours ago). I am on track to receive radiation treatment (@ 6MV?) for a nasal tumor that has returned since my initial radiation in February.

At the very beginning of the radiation dose I am treated to flashes of light as some of the high-energy photons pass through my eye. As another side effect, the radiation also ionizes some O2 into O3, creating small whiffs of ozone that accompany the flashes.

I would like to add that I personally would have preferred not to every experience this, but it is interesting nonetheless.

@MandoZink #1: I'm sorry to hear about your situation -- hopefully the second round will be effective!

On the physics side, are you getting gamma irradiation or electron beams? An e- beam at 6 MeV would produce Cherenkov radiation in your eye (it's been hypothesized that such flashes, from cosmic rays, were what early astronauts noticed).

A gamma beam would not produce Cherenkov radiation. It might, however, produce scintillation light (organic oils, like your eyeball, are popular choices for scintillation detectors).

@Michael Kelsey
Got radiation again yesterday but was too tired to reply.

Radiologist said the Tomotherapy is emitting photons, not electrons, at 6 MeV. He says the flashes are from the optic nerve being stimulated , not Cherenkov radiation

@MandoZink #3: Thank you for the follow up! Getting semi-poisoned inorder to kill something that will otherwise kill you is awful. I've gotten to watch, but I cannot imagine the reality. Good luck!

Thanks for the detail. Yeah, with a gamma-ray beam, you're either getting direct stimulation on the retina and optic nerve, or possibly scintillation. I'fe you're up to it, don't hesitate to talk with your radiation oncologist about the physics stuff! These folks are scientists, and like all of use scientists, reallly love to talk about their work. Questions about the beam line, how the gammas are produced, all that kind of stuff can help you be more informed and more engaged, instead of just being a "fixed target."