"They most likely form as subsystems within looser associations and evolve by gravitational processes. Strong galaxy interactions result and merging is expected to lead to the ultimate demise of the group. Compact groups are surprisingly numerous, and may play a significant role in galaxy evolution." -Paul Hickson

With hundreds of billions of galaxies in an observable Universe nearly 100 billion light years across, it should come as no surprise that most galaxies are separated by millions of light years from their next-nearest neighbor. Yet even outside of dense galaxy clusters, large numbers of three or more galaxies all grouped together are found to exist.

First catalogued explicitly by Paul Hickson in 1982, these compact groups of galaxies tell an oft-ignored story of our cosmic history: how individual galaxies are brought together in the abyss of space by gravitation, forming stars and even activating central black holes. Most of the compact groups catalogued are in the process of merging into a single, giant galaxy. 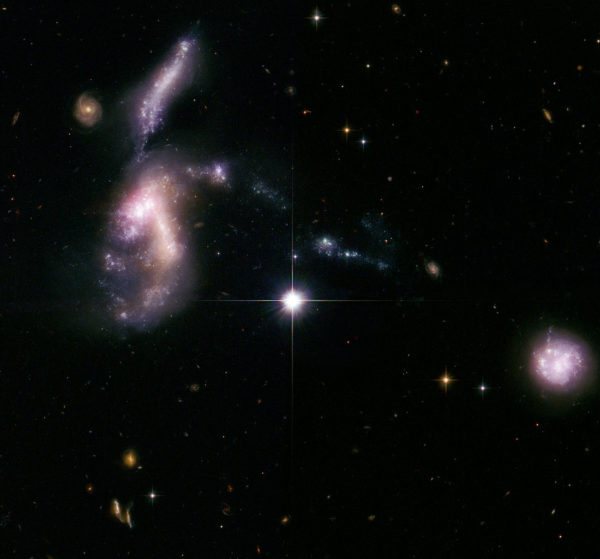 A wide-field, multiwavelength view of three of the galaxies in HCG 31. Image credit: NASA, ESA, S. Gallagher (The University of Western Ontario), and J. English (University of Manitoba).

Come get the whole story in a slew of amazing pictures and no more than 200 words on today’s Mostly Mute Monday!