How far away are the stars? Scientists still don't know (Synopsis) 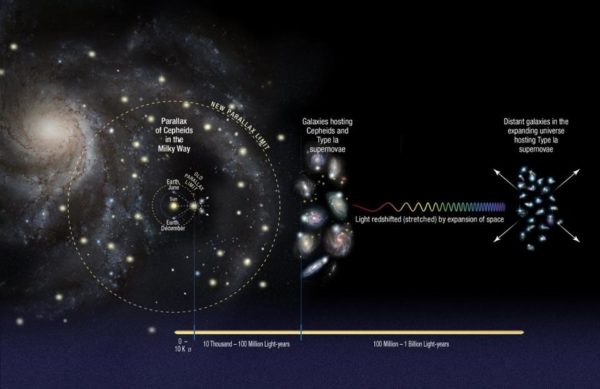 The construction of the cosmic distance ladder involves going from our Solar System to the stars to nearby galaxies to distant ones. Each “step” carries along its own uncertainties. Image credit: NASA,ESA, A. Feild (STScI), and A. Riess (STScI/JHU).

This concept, of the cosmic distance ladder, was one of the most important astrophysical advances of the 20th century. Yet our attempts to measure distances to all but the very nearest stars have been marred by errors of all sorts, including some that our present technology can’t do anything about. But with the advent of the ESA’s Gaia satellite, we just might be prepared to overcome them all, and figure out, at last, how far away the stars truly are. 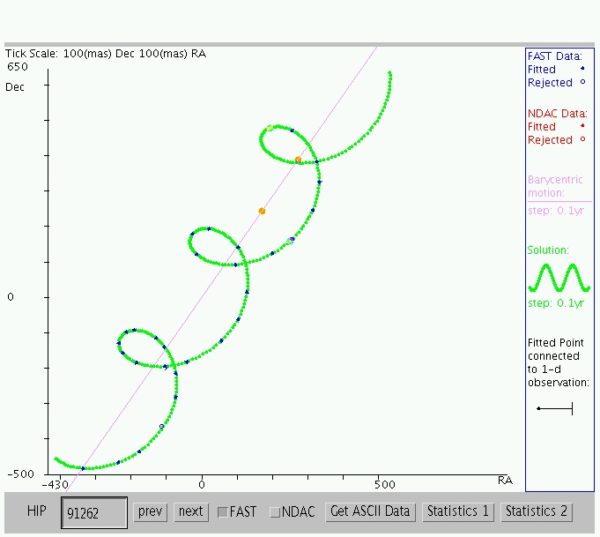 The "real" motion of Vega, just 26 light years away, as made from three years of Hipparcos data. Image credit: Michael Richmond of RIT, under a creative commons license, via http://spiff.rit.edu/classes/phys301/lectures/parallax/parallax.html.

Come get the full story on why this is such a hard problem, and after hundreds of years, we’re finally poised to solve it!

Yay, another page is about to be turned.

My first thought on seeing how messy that parallax data is why you'd only use one satellite.

Wouldn't two on opposite sides of the earth's orbit give you the full possible resolution of the telescope and take the proper motion out of the equation completely? Would that just be too expensive or is there another reason not to do that?