“Our posturings, our imagined self-importance, the delusion that we have some privileged position in the Universe, are challenged by this point of pale light. Our planet is a lonely speck in the great enveloping cosmic dark. In our obscurity, in all this vastness, there is no hint that help will come from elsewhere to save us from ourselves.” -Carl Sagan

How many galaxies are there in the observable Universe? If you had asked this question a century ago, the answer could have been anywhere from one to infinity. If you asked fifty years ago, we’d know the number was finite, since we knew about the Big Bang, but we wouldn’t know whether it was in the millions, billions or much a greater number. And if you had asked just earlier this decade, you would have gotten an answer between 100 and 200 billion. 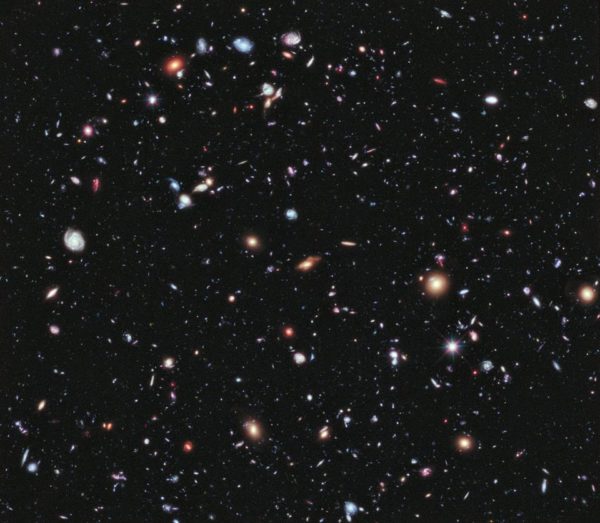 By observing and counting how many galaxies there were in a given region of space, and then extrapolating over the entire sky, Hubble enabled us to make our first true estimate, although this was only a lower limit. Ultra-faint and ultra-distant galaxies are incapable of being imaged by Hubble, leading one to wonder just how many more might be out there. 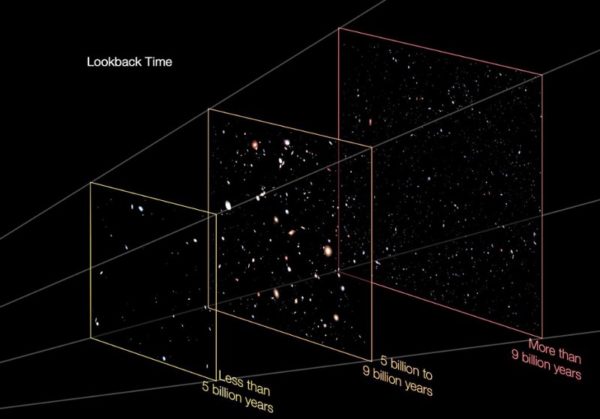 Fewer galaxies are seen nearby and at great distances than at intermediate ones, but that's due to a combination of galaxy mergers and evolution and also being unable to see the ultra-distant, ultra-faint galaxies themselves. Image credit: NASA / ESA.

Thanks to an incredible collection of work by a team of scientists led by Christopher Conselice, we finally have the answer: more than two trillion! Come get the full story today.

The never ending story that can never fully be explored~

@philip : we all explore the whole universe every second of our lives quantumly speaking, there's nothing left to visit.