Five Independent Signs Of New Physics In The Universe (Synopsis)

"The Universe is very, very big. It also loves a paradox. For example, it has some extremely strict rules.
Rule number one: Nothing lasts forever. Not you or your family or your house or your planet or the sun. It is an absolute rule. Therefore when someone says that their love will never die, it means that their love is not real, for everything that is real dies.
Rule number two: Everything lasts forever." -Craig Ferguson

When you think about the Standard Model of particle physics, you very likely think about all the matter, energy, particles, antiparticles, forces and interactions of the Universe. And you might legitimately worry that this is all there is. With the LHC confirming that there’s no low-scale supersymmetry or collider-accessible extra dimensions, and that all the decays and branching ratios align with the Standard Model’s predictions, that worry seems well-founded. 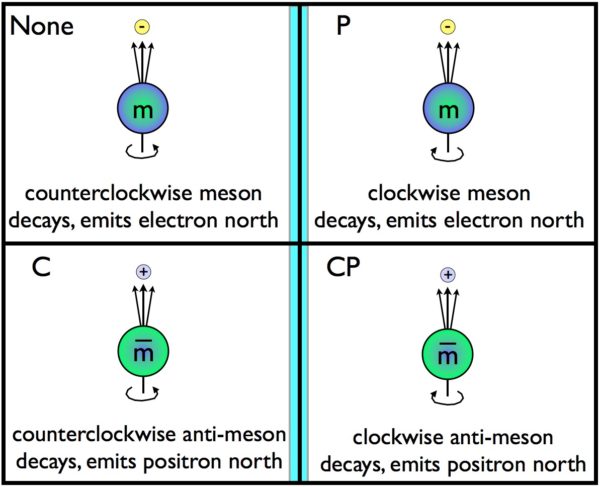 Changing particles for antiparticles and reflecting them in a mirror simultaneously represents CP symmetry. If the anti-mirror decays are different from the normal decays, CP is violated. Image credit: E. Siegel.

Never fear; we know there’s more! The Standard Model may be wonderful for what it does predict, but we know with absolute certainty that it can’t be everything. From dark matter to massive neutrinos, from the strong CP problem to baryogenesis and more, there are five very strong pieces of independent evidence that show there’s more to the Universe than what we presently can explain. 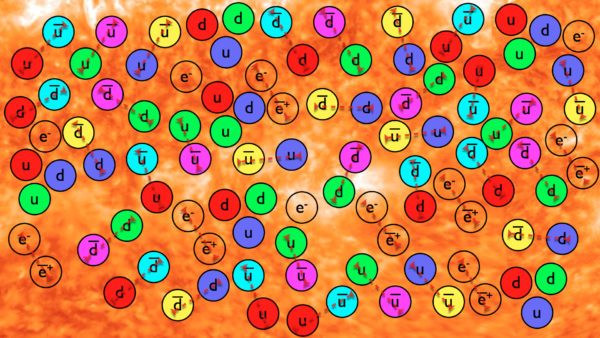 The early Universe was filled with matter and antimatter amidst a sea of radiation. But when it all annihilated away after cooling, a tiny bit of matter was left over. Image credit: E. Siegel.

Come see if you can identify all five independent lines of evidence for new particles and interactions beyond the Standard Model!

New LHC Results Hint At New Physics... But Are We Crying Wolf? (Synopsis)

"In recent years several new particles have been discovered which are currently assumed to be “elementary,” that is, essentially structureless. The probability that all such particles should be really elementary becomes less and less as their number increases. It is by no means certain that…

Comments of the Week #134: From alien evidence to signs of new physics

"Computers don't make mistakes. What they do, they do on purpose." -Dale Gribble, King of the Hill Alright, so I know you're all impatient with the most burning Starts With A Bang! question of all: what was Ethan for Halloween? Well, without further ado, I'd like to introduce you to my avatar for…

Why measuring antimatter is the key to our Universe (Synopsis)

“If antimatter and matter make contact, both are destroyed instantly. Physicists call the process ‘annihilation.” -Dan Brown Antimatter is the counterpart to matter: it exists with the same mass, opposite charge, and if ever the two should touch, they annihilate away into pure energy via Einstein’s…

Why is there something instead of nothing?

"Think binary. When matter meets antimatter, both vanish, into pure energy. But both existed; I mean, there was a condition we'll call 'existence.' Think of one and minus one. Together they add up to zero, nothing, nada, niente, right? Picture them together, then picture them separating--peeling…

Ethan, you neglected the current grand American experiment being run to discover the Moron. Well I guess 'discover' is the wrong word; at this point we've discovered it and are running tests to evaluate its spin properties.

Also - what, no Halloween pics?

Not exactly King Neptune this time, Eric. I'm sure you will see soon enough.
;)