Ask Ethan: If Gravity Attracts, How Can The 'Dipole Repeller' Push The Milky Way? (Synopsis)

"For the first time, astronomers have outlined and named the network of galaxies that includes the Milky Way, adding a line to our cosmic address and further defining our place in the universe." -Douglas Quenqua

There’s been a longstanding puzzle in astrophysics that’s finally coming to a head. For nearly a century, we’ve known that our Universe is expanding, and that the distance to a galaxy determines its average apparent recessional speed from us. But on top of that is an additional motion -- a peculiar velocity -- caused by the local gravitational field of the Universe. 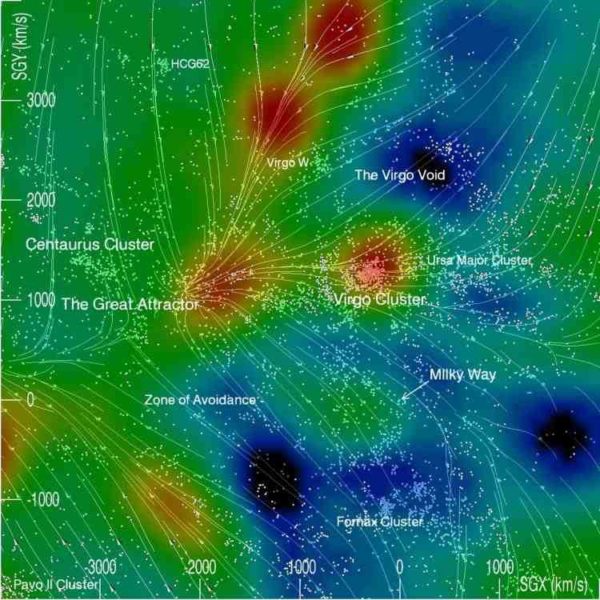 A two-dimensional slice of the overdense (red) and underdense (blue/black) regions of the Universe nearby us. Image credit: Cosmic Flows Project/University of Hawaii, via http://www.cpt.univ-mrs.fr/.

When we look at the motion of our own galaxy, we see it’s moving about twice as fast in one direction as the attractive masses would allow. But underdense regions, where there’s less mass and gravity than average, can serve as an effective repeller, failing to attract other matter just as much as overdense regions can attract it. Thanks to a newly mapped and accounted for cosmic void, we might finally understand how our galaxy is moving through the Universe. 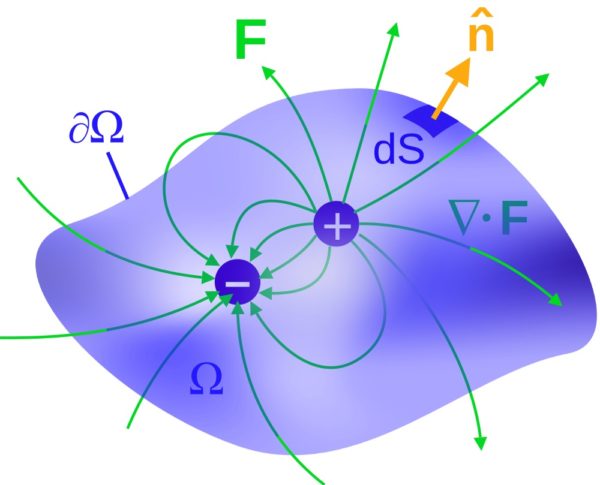 The so-called Great Attractor has nothing on the dipole repeller idea, and at long last the Milky Way’s motion might be understood!

According to this article, galaxies are moving apart from each other. This article talks about the speed that galaxies are moving apart from each other. SO: the GREATER the ("recession") aka speed, the FURTHER apart AND FASTER apart , say, two galaxies are separated,...... From the LAW: Speed equals Distance/Time. This speed depends on two factors: 1.)The FIRST factor discovered by scientists: Force of explosion caused by the "Big Bang". 2.)This article talks about a second factor: Mass of Galaxy. According to this article, the GREATER the mass of two galaxies, the SLOWER apart these two galaxies separate. The EXPLANATION: Again: High School Physics: Force equals Mass multiplied by Acceleration. OR: "Inertia" equals Mass multiplied by Acceleration. THIS Newton Law is for calculating the Force/Inertia of a particle OR body. For FORCE BETWEEN TWO/MORE BODIES: this Newton Law is modified, ALSO High School Physics to become: Force equals (Mass of First Body multiplied by Mass of Second Body) divided by (the square(power of 2) distance between First Body and Second Body)......and a value called the Universal Gravitational Constant (which is the "Factor 1 mentioned above"-......related to Force caused by the Big Bang. ALL IN ALL, as this article mentions, the new information is the second factor affecting the speed(aka "recession") between two galaxies, which is caused by the mass of these galaxies. I would add a point to this article's information: A large part of the speed of the recession between two galaxies is the speed caused by the force of the Big Bang. This SECOND FACTOR DOES EXIST!,......BUT the speed calculation answer change is relatively insignificant. It just makes the answer more accurate.