"Mars' atmosphere is so thin, you do not need a lot of streamlining. By the time the ship is going fast enough for air resistance to matter, it'll be high enough that there will be practically no air." -Andy Weir, The Martian, as spoken by Bruce Ng

If you had taken a trip to our Solar System four billion years ago, you would have found two worlds with liquid water oceans, temperate atmospheres and all the conditions we believe are needed for life. Earth would have been one of them, but Mars would have met all those criteria, too. 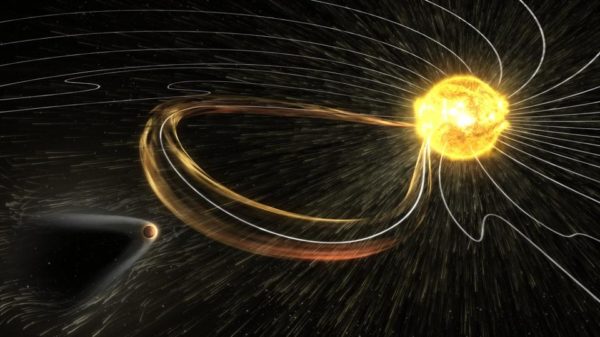 A solar storm, which creates aurorae here on Earth, would create an aurora so spectacular on Mars it would cover the entire world. Image credit: NASA GSFC.

It was long suspected that something happened to Mars around a billion years into the Solar System’s history that caused it to lose its atmosphere, something that should still be going on today. Thanks to NASA’s Maven mission, we’ve measured this atmospheric stripping by the Sun for the first time, and we’ve reached a few incredible conclusions, including that in about two billion years, Mars will be completely airless, and that if we were to terraform Mars today, it would hang onto this new atmosphere for millions of years. 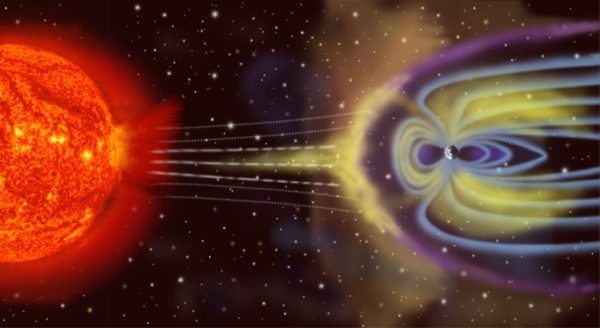 While Earth may not be perfectly shielded from the Sun, our magnetic field allows us to hold onto our nitrogen/oxygen atmosphere, and it should remain the case for billions of years. Image credit: NASA.

Come get the full story of how Mars lost its atmosphere, and learn what NASA’s Maven mission has taught us so far!