"When a massive star explodes at the end of its life, the explosion dispenses different elements-helium, carbon, oxygen, iron, nickel-across the universe, scattering stardust. That stardust now makes up the planets, including ours." -Michelle Cuevas

Every once in a while, a new light appears somewhere in the night sky: the result of a massive star reaching the end of its life. From many millions of light years away, the brilliance of a supernova shines across the cosmos. Just a few days ago, a new light was discovered in a galaxy only 22 million light years away, making it the closest supernova discovered in three years. 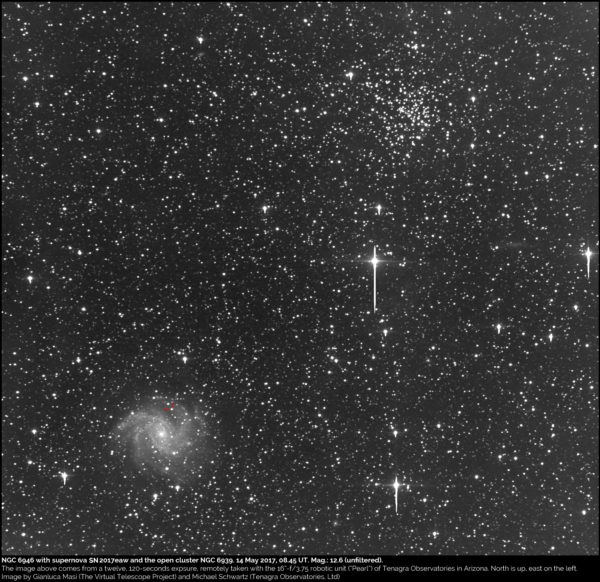 The galaxy NGC 6946, supernova SN 2017eaw (denoted with red markings) and the open star cluster NGC 6939. Although the galaxy and the cluster take up the same approximate area on the sky, the galaxy is 22 million light years away, while the star cluster is within our own galaxy at a mere 3860 light years distant. Image credit: Gianluca Masi / virtualtelescope.eu.

The galaxy housing it is a hotbed of supernova formation, having been home to ten such explosions in the past 100 years: more than we’ve found in any other galaxy. The reason? This entire galaxy, despite having only half the stars of the Milky Way, is a giant star-forming region. Starburst galaxies like this are the best place to look for cataclysmic events like this, and NGC 6946 is maybe the best example of all. 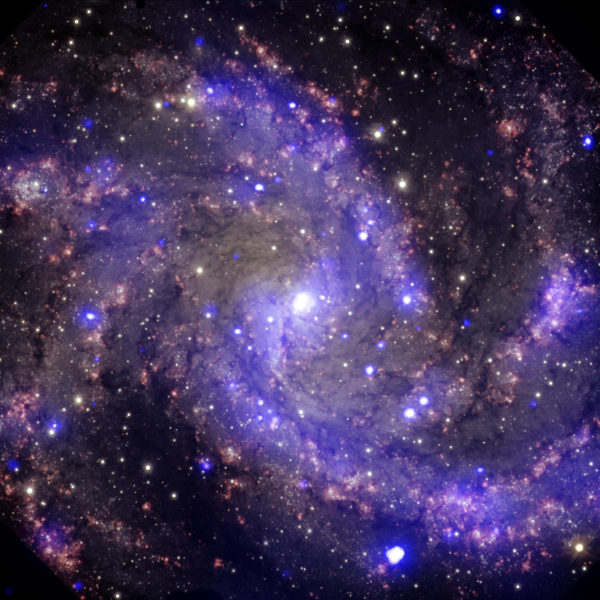 Come see the night sky’s newest, closest supernova, and learn how to see it for yourself!

In the somewhat related topic of firing up some star creation here in the Milky War, one of the simulations Nvidia did when testing their new processor was to model the collision of Andromeda with the Milky Way. If you'd like to see it, the video is below. The simulation starts at around the 5:21 mark. Spoiler Alert, the galaxies do merge but we won't be part of it. Our solar system is going to be flung off into the universe about 5 billion years from now.

I saw that presentation couple of months ago. A more interesting part of it, to me, was trying to recreate the moon landing photo, with all the light paths etc.. and thus showing that indeed it was taken on the moon ;)