“It was quite the most incredible event that has ever happened to me in my life. It was almost as incredible as if you fired a 15-inch shell at a piece of tissue paper and it came back and hit you.” -Ernest Rutherford

Nuclear physics has, for decades now, been regarded less as a window into fundamental physics and more of a derived science. As we’ve discovered that nuclei, baryons, and mesons are all composite particles made out of quarks, antiquarks, and gluons, though, we’ve realized that there are other possible combinations that nature allows, that should exist. 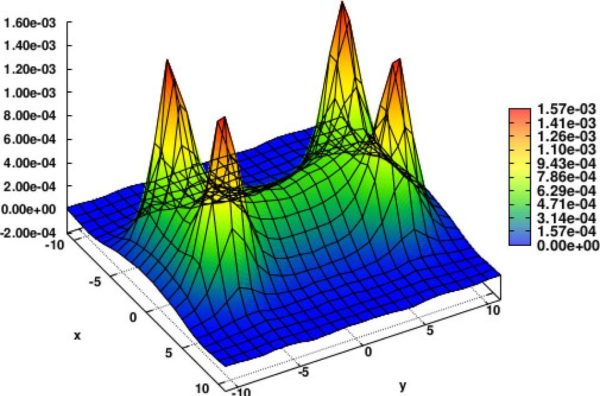 In recent years, we’ve discovered tetraquark and pentaquark states of quarks and antiquarks, and yet there should be even more. QCD, our theory of the strong interactions, predicts that a set of exotic states of bound gluons -- known as a glueball -- should exist. Finding them, or proving that they don’t exist, might be a way to crack open the Standard Model in an entirely new way. 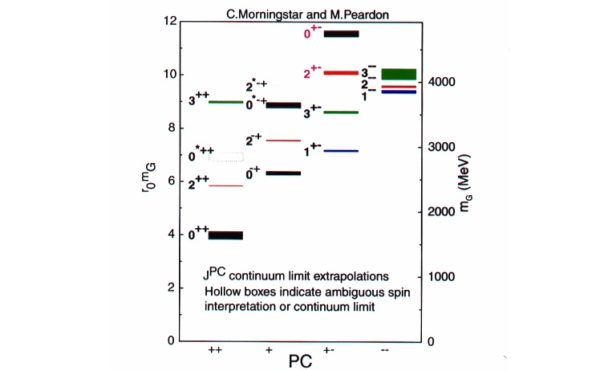 If QCD is correct, then it should be theoretically possible to have quasi-stable bound states of gluons alone: glueballs. This shows one possible predicted glueball spectrum, given our current understanding of the strong interactions. Image credit: R. Brower / C. Morningstar and M. Peardon.

Nuclear physics might, after all these years, hold the key to going beyond the current limitations of physics.

"… there’s almost definitely an entire spectrum of these new sets of particles in existence: tetraquarks, pentaquarks, and possibly more!"

Uh, there can be only one more, a hexaquark, when you're colliding 2 protons with each 3 quarks.

Are there any of these combinations stable - even if only theoretically ?

If there would be stable ones we would have already seen them decades ago. A possible pentaquark (perhaps not) was said to be discovered in the decay of a B baryon with a mass of about 5 GeV. This energy range has been accessible with accelerators for decades. The problem is not the energy, it is the size of the data sample. LHCb has a larger data sample of B hadrons than all previous experiments combined.

@Elle H.C. I think you are just making it up.

Anyway Ethan has responded in "Comments of the week #161"

@Dell #4: Nope, Elle H.C. isn't making up the idea of multiquark bound states. The LHCb pentaquark discovery was two years ago. Several four-quark states have been observed in e+/e- data over the past decade, but still unresolved is whether they are "true" tetraquark states or D-meson molecules.

QCD explicit predicts that valence quarks should form bound states larger than just the two- (meson) and three- (baryon) states we're familiar with. The computations are sufficiently complex that the prediction does NOT come with any specific about mass or quantum number limitations.