The Future Of Astronomy: Thousands Of Radio Telescopes That Can See Beyond The Stars (Synopsis)

"Not all chemicals are bad. Without chemicals such as hydrogen and oxygen, for example, there would be no way to make water, a vital ingredient in beer." -Dave Barry

When we break out the big guns -- space telescopes like Hubble or James Webb -- we can see the Universe as it was billions of years ago, if we look for long enough. From the first moment that the Universe forms stars and galaxies, so long as that light has a path to our eyes, humanity can view it with the right equipment. This record-breaking approach has brought us in contact with galaxies from as early as when the Universe was just 400 million years old: 3% of its current age. 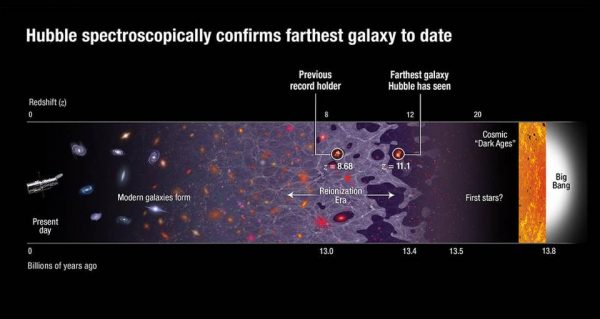 Only because this distant galaxy, GN-z11, is located in a region where the intergalactic medium is mostly reionized, can Hubble reveal it to us at the present time. James Webb will go much farther, but SKA will image the hydrogen that's invisible to all other optical and infrared observatories. Image credit: NASA, ESA, & A. Feild (STScI).

Yet no matter how far back we go, we’ll never be able to see the era from before there were stars or galaxies at all using this approach. But a new, ambitious project just might. The Square Kilometer Array (SKA), set to begin construction next year, will map out the invisible hydrogen in the Universe, including during the epochs in where there are no stars at all. 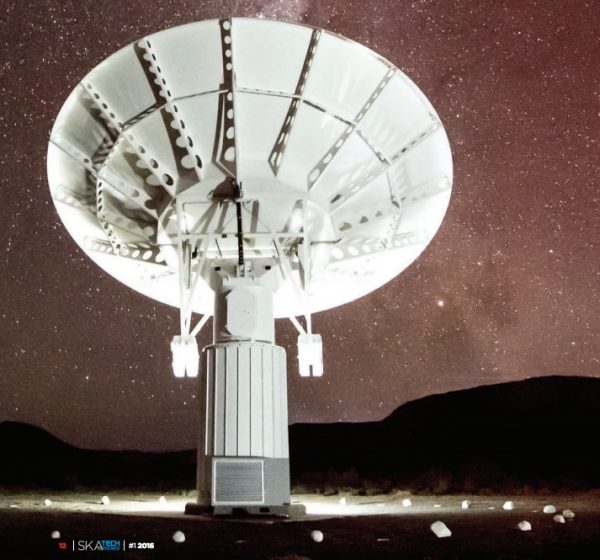 A single dish that's currently part of the MeerKAT array will be incorporated into the Square Kilometer Array, along with around 4,000 other equivalent dishes. Image credit: SKA Africa Technical Newsletter, 1 (2016).

In the truest sense, these thousands of radio telescopes, working together, will reveal the invisible Universe at long last. Come find out how!

Thats pretty cool. I have a question about the array. In the picture, it looks like the dishes are randomly distributed. Or is there some special algorithm that finds an optimal placement?

Incredible to think we can see back in time to when stars were first formed and now with this new 1km wide telescope that can detect hidden hydrogen we will be able to see back before the Big Bang.