When it comes to dying stars, supernovae get all the press. They may be the largest and most massive stars to die, but hundreds of times more common are the planetary nebulae of the Universe, formed by dying Sun-like stars. These astronomical wonders blow off their outer layers -- not just hydrogen but also heavier elements -- to return them to the interstellar medium. 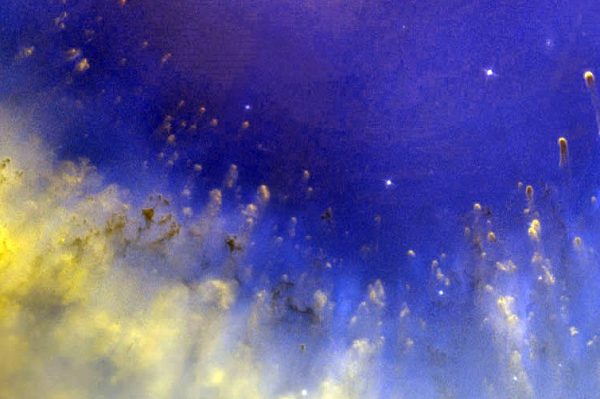 In this contrast-enhanced view, the structure of the evaporating gas globules at the interior edge of the Helix Nebula is put on display. Each globule is only around the mass of the Moon, and evaporates too quickly to form anything of substance. Image credit: NASA, ESA, and C.R. O'Dell (Vanderbilt University); Processing by E. Siegel.

The cool, neutral gas seen at the outskirts has been blown off for tens of thousands of years, but gets heated up by the ultraviolet radiation coming from the central, newly-formed white dwarf. It may be faint, but it’s incredibly hot, and will eventually be the cause of the total annihilation and dissociation of the nebula. 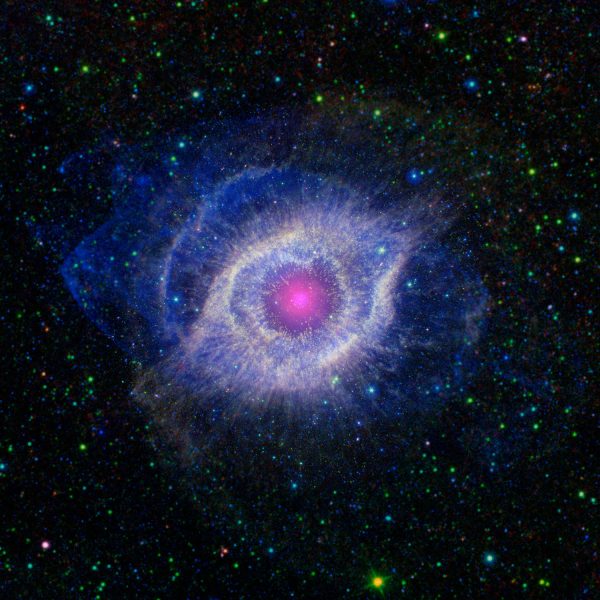 This combined image from NASA's Spitzer Space Telescope and the Galaxy Evolution Explorer (GALEX). In death, the star's dusty outer layers are unraveling into space, glowing from the intense ultraviolet radiation being pumped out by the hot stellar core. Image credit: NASA / JPL-Caltech.

Given enough time, this cosmic death will contribute to the rebirth of new stars. Come get all the details on today’s Mostly Mute Monday!