The Four Ways The Earth Will Actually End

"The surface of the Earth is the shore of the cosmic ocean. On this shore we’ve learned most of what we know. Recently, we’ve waded a little way out, maybe ankle-deep, and the water seems inviting. Some part of our being knows this is where we came from. We long to return." -Carl Sagan

Here on Earth, we hear every so often about a conspiracy of how the world will come to an end. The end of the Mayan calendar; Y2K; an encounter with Nibiru; or a biblical prophesy come true are only a small selection of what people “predict” will bring a demise to our world, and soon. Yet even most of the egregious natural or human-caused disasters won’t bring an end to even our species, much less the entire world. Scientifically, the end of the world will happen in four stages. 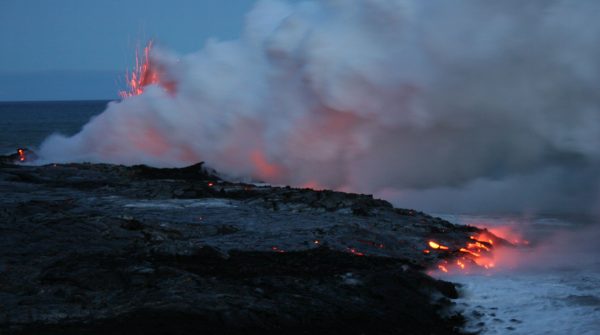 Today on Earth, ocean water only boils, typically, when lava or some other superheated material enters it. But in the far future, the Sun's energy will be enough to do it, and on a global scale. Image credit: Jennifer Williams / flickr.

The first one is straightforward and inevitable: humanity will only continue to exist for so long. But the subsequent disasters that bring an end to our world are entirely predictable, and include the boiling of our oceans, the charring and evaporation of our atmosphere, and finally the loss of the remaining Earth-corpse to the vastness of the Universe in one of three possible ways. The world will indeed come to an end, but none of the conspiracy theories can stand up to the actual science. 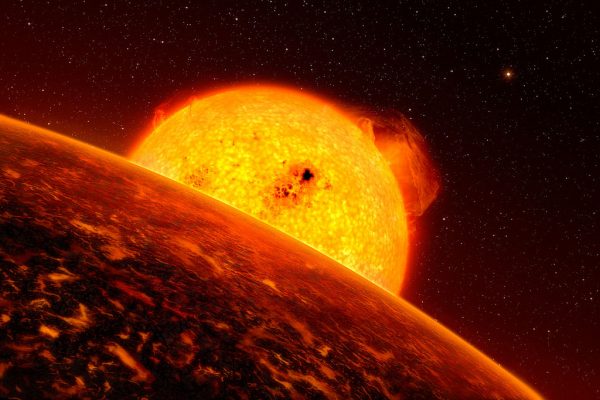 After approximately five to seven billion years more, the Sun will exhaust the hydrogen in its core. The interior will contract, heat up, and eventually helium fusion will begin. At this point, the Sun will swell, vaporize Earth's atmosphere, and char whatever's left of our surface. Image credit: ESO / Luís Calçada.
Tags
Astronomy
environment
Solar System
Categories
Physical Sciences

This is a general comment to readers, not a comment on this article in particular. I want to say that Dr. Siegel's articles are simple enough for me as a layman to understand, but complex enough to be meaningful and challenging. People who use the comments section to post attacks on Dr. Siegel are jerks and should be ashamed of themselves. If they so adamantly disagree with Dr. Siegel, they should create their own blogs. But it's much easier to disparage than it is to create. I for one hope that Ethan continues his blog for years to come, because I enjoy them and look forwarding to reading them.

Bennett Smith
I agree completely, I come for the sheer joy of learning new things about our universe/world and am never disappointed by the articles (thank you Ethan!) or even most of the comments.

Try not to get too upset with the people who seem to be jerks, for the most part we don't really know anything about them or what they are are about because we only have the few words they type here and there to judge them by.

@3: nope, the Earth wouldn't lock to the sun until well after it went nova. AIUI the rate at which locking occurs has to do with relative mass and distance, and we're just too small and far away for it to happen during the sun's expected lifetime.

What would happen first (but still maybe not before the sun explodes) would be for the Earth to become tidally locked to the moon, so that our day and it's month become some equal intermediate time increment.

"... millions of years from now, even if there are descendants of humans still around, they won't be human any longer."

That depends upon what it means to be human.

This is really depressing