Shamelessly stolen from ATTP's “More than half” is the same as “> 50%”!, but I think this captures brilliantly a typical argument with the "skeptics":

TPP has a link to the interesting story of Alfred Russel Wallace's bet with the flat-earthers that the Earth was, in fact, not flat. Somehow, that seems relevant.

While I'm copying, I may as well point you at It’s the Trend, Stupid as an antidote, if needed, to the misc denialists.

Moyhu also has a nice pic, which I've inlined below, and a nice discussion of the different sorts of uncertainties. 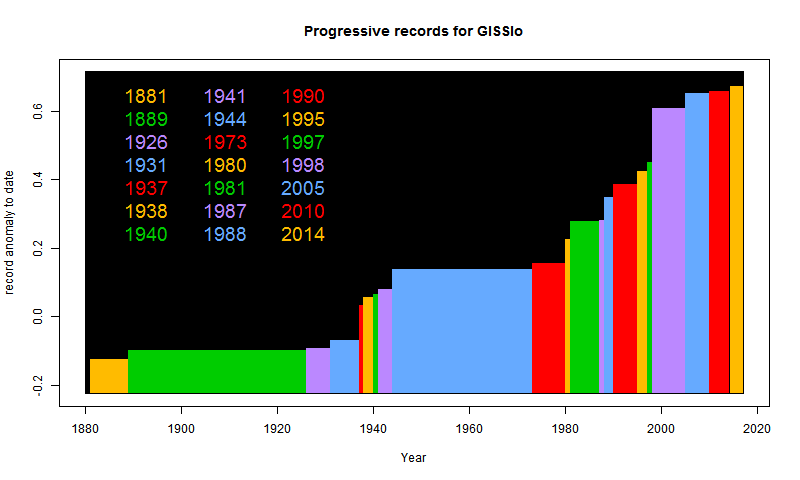 And while on misc, via Paul I find Brown Pundits: Unreal Islam. Paul quotes one bit which is valuable, I prefer:

At the same time, Muslims should acknowledge that they have not constructed the logical and theoretical framework within which extremism can be rejected formally. If anything, the opposite has happened in the last century, with increasingly literalist attitudes gaining strength for political reasons. And that is the core problem: A literal reading of even moderate Muslim beliefs can, and does, lead to behaviors incompatible with modern society. Like Christians, Jews, Hindus and others, Muslims have to turn towards a less literal, more inspirational and humanistic reading of their sacred traditions, drawing from them principles that can stand the test of time rather than literal, ahistorical prescriptions.

The hellish monotony of 25 years of IPCC climate change warnings from the Graun (thanks a); or, if you prefer, The Onion also covers it. And if you haven't signed up you can get the tasteful message unlimited access for our foreign readers can be purchased for only $0.99 for the first month: That's less than a dollar - approximately one day's wages in most non-American countries!.

While we're on totally crap "predictions" and extrapolations that are impermissible:

Nice, huh? As ever for these things, Timmy has the details.

Back to the denialist shit again or just blogging while drunk again?

When I read the onion it told me:

"That's right: Unrestricted access to the most vital news source on the planet can be had in whatever second- or third-world pigsty you're trapped in as you gaze longingly at the beacon of democracy and promise that is America."

[These are people after my own heart, even if they are colonials -W]

Another clip from a Rob Reiner movie for Judith.

Just to observe that, since 1971, record warmest years seem to be happening on average every 3.3 years , or 3 per decade.

Last 3 records have been after above-average intervals (7, 5, 4), maybe another sign of the "hiatus", and maybe a reversion to the mean will see another record soon (looks like 2015?).