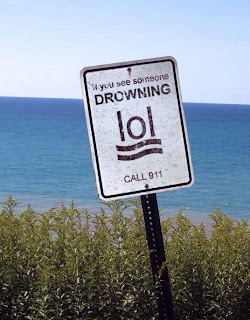 Oh dear. Last summer, Peter Wadhams, in an interview with a reporter for The Times, rather incautiously expressed concern that several scientists researching the impact of global warming on Arctic ice may have been assassinated, in the words of the Independent Press Standards Organisation's response to his complaint.

The Graun reports PW as saying he had been "inaccurately quoted". IPSO say "The Committee had listened to a recording of the complainant’s interview with the journalist, provided by the newspaper, in which he made the statements attributed to him in the article. The article had accurately reported his position as he had explained it to the journalist. There was no breach of Clause 1" ("Accuracy").

Incidentally, the Graun truely lives up to its reputation for crap copyediting; IPSO is called "Independent Press Standards Organissation" and Wadhams at one point becomes Wadmams.

PW had also complained under Clause 2 ("Opportunity to reply"); but since that's actually "A fair opportunity for reply to inaccuracies must be given when reasonably called for" it becomes irrelevant due to the ruling on accuracy.

He'd also complained under Clause 14 ("Journalists have a moral obligation to protect confidential sources of information"). The ruling on this is a bit more complex - but not long; read it yourself if you like - and boils down to "The complainant had requested that one section of his interview, from which no details were published, take place “off the record”. This demonstrated his awareness that the rest of the conversation had taken place “on the record”, and that any comments he had made might be published".

And therefore: "The complaint was not upheld".

For myself, I think what I thought before: it was unwise of PW to say any of this (though I may have been too generous to PW in assuming he had been misinterpreted). Having done so, complaining wasn't sensible either. In their response, The Times says "the complainant was practiced at dealing with the media" which I've said too; this isn't some wet-behind-the-ears postgrad being mugged by the press. It also said "and had spoken freely and at length to the reporter, and that the complainant had introduced to the conversation his concern that fellow scientists may have been assassinated". Surprisingly to me, IPSO say "The Committee noted that, of the approximately 30-minute “on the record” interview, about 20 minutes focused on the complainant’s suspicions about the deaths of fellow scientists". I'd have hoped that it would have been a throwaway few lines at the end, not the bulk of the interview.

Not mentioned is this rather interesting comment from 2014 by someone who signs themselves - but may not be, there is no way to tell - Peter Wadhams: "you may be interested in a parallel with a sudden swath of deaths associated with climate change scientists in the UK, specifically those working on the thinning and disappearance of sea ice".

And he is a professor at Cambridge, you say?

There's still hope for me, then!

"I asked that this be completely off the record because of (a) the sensibilities of relatives ...,
(b) my own scientific reputation (I did not want to be made out to be a crazy person),"

If he had really thought that at the start, the newspaper report would not have been put together and printed. Therefore the complaint was not only foolish in the circumstances, I suggest the complaint also shows worrying signs of him believing what he wants to believe.

Now, if the press would never ask Wadhams anything ever again, because he's clearly not a reliable source of information, and if they would do likewise with all climate risk deniers who lie/misinform/spout nonsense, things would really improve.

Marco, there was a strong hint that he has been strongly asked to leave and may have taken the suggestion.

A news report of Wadhams' presentation at Arctic Circle's assembly last November said that an unnamed ice modeller had objected angrily to the ice-free-summers-by-2020 shtick and that Wadhams' response had included him saying that he 'wasn’t issuing any threats to anyone'.

It's not clear what Wadhams neant by this. Perhaps he just meant that his data-only approach didn't threaten the livelihoods of ice modellers, or perhaps he thought the ice modeller's anger constituted a threat, or - who knows? - perhaps the angry ice modeller did actually threaten him.

Wadhams' presentation is on Arctic Circle's Vimeo channel. It doesn't include any Q&A. The news report:

Does anyone know the context of Alaska Dispatch's 'threats' quote?

New format under your control?

People dying in the high Arctic ?

Full disclosure: back when I was with the Peabody Museum,an Ungava Peninsula polar bear had the temerity to eat one of our graduate students.

People dying in the high Arctic ?

No, two team members from UCL (doing groundbreaking research on satellite observations of sea ice volume/thickness) dying within months of each other. One fell down the stairs on New Year's Eve, I believe. The other was run over by a lorry. The third was from some other university, struck by lightning while walking the dog, I believe.

A horrible tragedy. Wadhams may think whatever he likes, but he never should have said anything about it to a reporter, off the record or not.