ably | July 12, 2010
I've had this quote up on my wall since the very beginning. "We don't make movies to make money, we make money to make more movies." -- Walt Disney I think it probably also rings true for many scientists. We ran a department in Seed for a couple of years called "Why I Do Science" edited by Josh Roebke and Lee Billings with personal essays written by scientists (one of my favorite departments). Here's one by Brazilian neuroscientist Sidarta Ribeiro. I'll find some more and post them. Why do you do science?

sb admin | July 8, 2010
After hosting blogs for four years, it's about time I started my own. So, welcome! Let me begin with a bit about me and what I believe. I believe that science has the unique potential to improve the state of the world. I think this potential is being hindered today by a lack of science literacy around the world and by the largely closed and restricted nature of the world's scientific information. Two connected topics (ie. Science Literacy and Open Science) that I care passionately about and will delve deep into on this blog. I also believe that science can be more than a subject; it can be a… 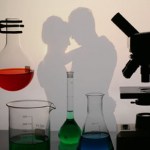 jgoldman | April 26, 2010
"Cooking is like love, it should be entered into with abandon or not at all" --Harriet van Horne Science, too, I think.

clock | February 3, 2009
If you have an important point to make, don't try to be subtle or clever. Use a pile driver. Hit the point once. Then come back and hit it again. Then hit it a third time - a tremendous whack. - Winston Churchill

clock | February 2, 2009
Civilization is a stream with banks. The stream is sometimes filled with blood from people killing, stealing, shouting and doing the things historians usually record, while on the banks, unnoticed, people build homes, make love, raise children, sing songs. - Will Durant

clock | February 1, 2009
Solitude and company may be allowed to take their turns: the one creates in us the love of mankind, the other that of ourselves; solitude relieves us when we are sick of company, and conversation when we are weary of being alone, so that the one cures the other. There is no man so miserable as he that is at a loss how to use his time. - Seneca

clock | January 30, 2009
I want to talk to these people because they stay in power and you change all the time. - Nikita Sergeyevich Khrushchev

clock | January 29, 2009
We live in a time of such rapid change and growth of knowledge that only he who is in a fundamental sense a scholar - that is, a person who continues to learn and inquire - can hope to keep pace, let alone play the role of guide. - Nathan M. Pusey

clock | January 28, 2009
I do not think there is any thrill that can go through the human heart like that felt by the inventor as he sees some creation of the brain unfolding to success.... Such emotions make a man forget food, sleep, friends, love, everything. - Nikola Tesla

clock | January 25, 2009
Give me the fruitful error any time, full of seeds, bursting with its own corrections. You can keep your sterile truth for yourself. - Vilfredo Pareto

clock | January 24, 2009
The dream begins, most of the time, with a teacher who believes in you, who tugs and pushes and leads you on to the next plateau, sometimes poking you with a sharp stick called truth. - Dan Rather

clock | January 23, 2009
Time is a fixed income and, as with any income, the real problem facing most of us is how to live successfully within our daily allotment. - Margaret B. Johnstone

clock | January 22, 2009
Statues of marble or brass will perish; and statues made in imitation of them are not the same statues ... But print and reprint a thought a thousand times over, and that with materials of any kind ... the thought is eternally and identically the same thought in every case. - Thomas Paine

clock | January 19, 2009
Fortify yourself with a flock of friends! You can select them at random, write to one, dine with one, visit one, or take your problems to one. There is always at least one who will understand, inspire, and give you the lift you may need at the time. - George Matthew Adams

clock | January 17, 2009
Great is the power of steady misrepresentation; but the history of science shows that fortunately this power does not long endure. - Charles Darwin

clock | January 16, 2009
What a phenomenon it has been - science fiction, space fiction - exploding out of nowhere, unexpectedly of course, as always happens when the human mind is being forced to expand; this time starwards, galaxy-wise, and who knows where next. - Doris Lessing
Advertisment