Heroes should never be forgotten, but unfortunately too many of them in the field of science go missing from our classroom textbooks. Equally disturbing is that a disproportionate number of these heroes overlooked are women and minorities.

While the average American young person will likely have no trouble detailing the latest antics of such stars as Ashton Kutcher, Lindsay Lohan, or Kanye & Kim, most, sadly, would be hard-pressed to tell you who the following trailblazers in science were:

-- Molecular biologist Rosiland Franklin, who was responsible for much of the research and discovery work that led to the understanding of the structure of deoxyribonucleic acid (DNA). This paved the way for James Watson, Francis Crick, and Maurice Wilkins to receive the Nobel Prize for the famous double-helix model of DNA in 1962. Franklin died at age 37 from ovarian cancer - four years before the three scientists were awarded the Nobel, based in many ways on her work.

-- Charles Drew, the renowned African-American physician and surgeon who overcame barriers of racism and prejudice to pioneer blood transfusion and to become the first person to develop the blood bank. Later, during World War II, he established the American Red Cross blood bank, which today is the largest program of its kind in the world, saving countless lives. 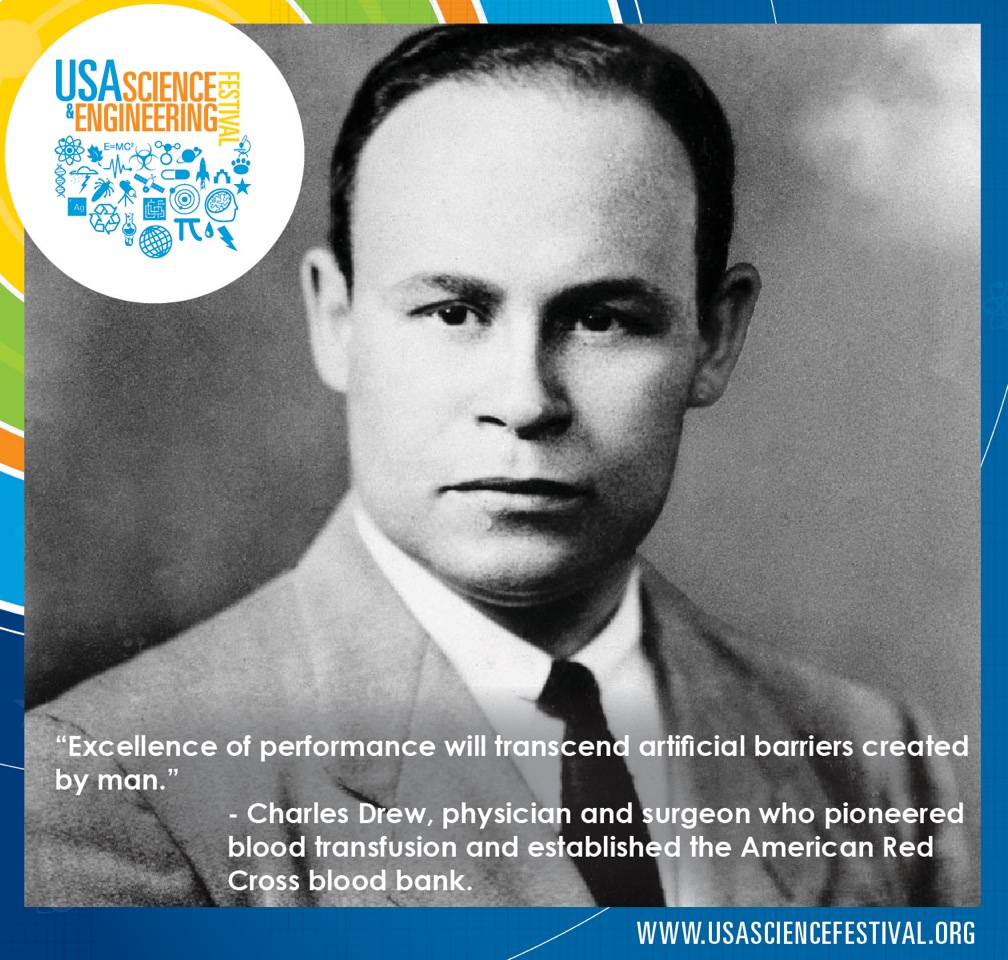 -- Fazlur Khan, one of the most influential structural engineers and architects of the 20th century. Born in Bangladesh, he later immigrated to America where his most famous works included designing the John Hancock Center building in Chicago, and Chicago's Willis Tower (formerly the Sears Tower), which, standing at 1,451 feet and 108 stories high, is the second tallest building in North America behind New York's One World Trade Center. 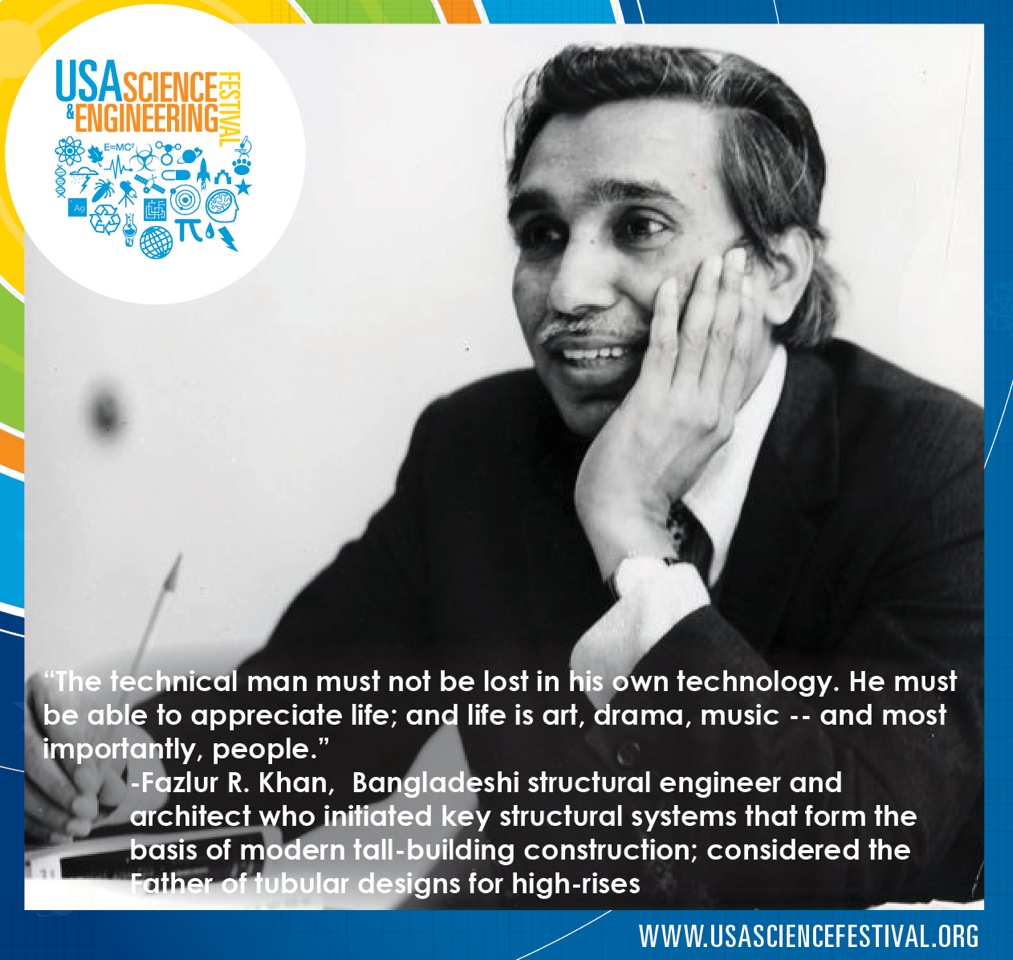 While the achievements of these individuals are amazing, most of our children will complete their pre-college and college years without ever hearing of them and other often-forgotten heroes in science, which in many ways is a tragedy. We must ask ourselves: How can young students know where science is going if they do not know its past and the diverse array of innovators who helped mold it?

To celebrate and recognize such pioneers, the USA Science & Engineering Festival has introduced Role Models in Science & Engineering Achievement, an inspiring website to motivate and inform young learners and others from all backgrounds about the noted contributions of women and minorities throughout history to science, technology, engineering and mathematics (STEM). I invite you to view the bios on Rosiland Franklin, Charles Drew, Fazlur Khan and a host of other remarkable innovators whom you most likely will not see in contemporary textbooks, by clicking here.

This site -- updated on a regular basis with new bios -- has not only been extremely well received by students from all over the country, but also by teachers and science professionals who welcome it as a personal and classroom learning resource. In addition, we hope the website serves to help spur an interest in STEM careers among minority and female students by introducing them to role models who in many cases have overcome formidable obstacles towards their achievements.

In fact, inspiring tomorrow's young innovators is what the USA Science & Engineering Festival (the nation's largest celebration of science and engineering) is all about -- and our 2014 Festival and finale Expo weekend will be no exception. From our high-profile Nifty Fifty (times three) school visit program featuring some of the country's premiere STEM professionals to our celebrated Lunch With a (Nobel) Laureate sessions, and the exciting X-STEM-Extreme STEM Symposium next April 24 in Washington, D.C. -- the Festival is set to inspire students!

Plus, during Expo weekend, April 26-27 in DC, join us at the Walter E. Washington Convention Center for an unforgettable celebration of science when more than 750 STEM organizations and institutions from all over the United States will present a wide array of exciting hands-on science exhibits, stage shows and other activities with leading professionals to inspire the next generation of scientists and engineers.

Yes, heroes and role models do matter, and should not be forgotten. We invite you to discover why with us at the Festival!

By Larry Bock  Co-Founder of USA Science Science & Engineering Festival    Like many who follow research developments in high technology, I am constantly amazed at the power of science, engineering, technology and mathematics (STEM) to solve real-life problems -- especially problems across…

Host a Science Festival, and Take Science Discovery to the Streets of America

By USA Science & Engineering  Festival Founder Larry Bock "Somewhere, something incredible is waiting to be known." - Carl Sagan The excitement, the rigors and the risk of scientific discovery: Sagan loved and shared these emotions more effectively and openly with us than perhaps any other…

By Larry Bock  Co-Founder of USA Science Science & Engineering Festival  Engineers are some of the most necessary problem solvers on the planet. They conquer the daunting technological challenges -- both immediate and long-range -- that stand in the way of human progress and quality of…

A Resolution We Cannot Afford to Break

By Larry Bock USA Science and Engineering Festival Executive Director They say New Year's resolutions are meant to be broken. But as another year begins, here is a national challenge we cannot afford to ignore, and should resolve to address without delay: the declining number of young Americans…
Advertisment