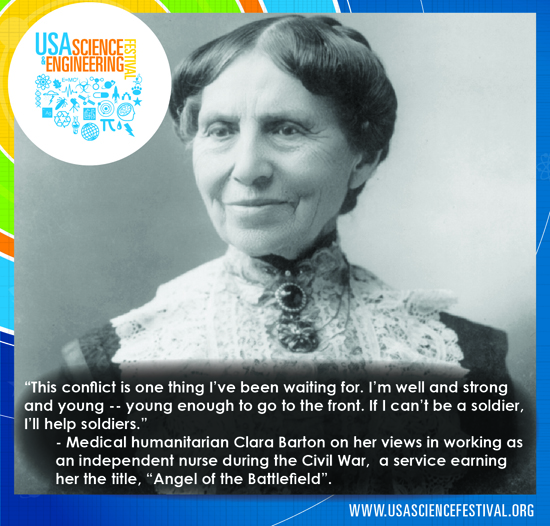 Her work as a dedicated battlefield nurse during the Civil War, and her founding of the American Red Cross helped set the standards for emergency medical care and disaster relief.

She was so timid, shy and depressed as a child that she was removed from school. But later Clara Barton transformed these drawbacks into a career of helping others, hallmarked by her service as a valued nurse in treating wounded soldiers in the Civil War and later founding the American Red Cross. Learn how Clara -- known for her gutsy, no-nonsense attitude as a leader -- built a solid reputation at a time when relatively few women worked outside the home.

Read more about the amazing life of Clara Barton here.