The USA Science & Engineering Festival, supported by presenting host sponsor Lockheed Martin, is pleased to announce the launch of the 2013/14 school year “Nifty Fifty,” an innovative program that brings over 150 noted science and engineering professionals to schools across New York, California and the Washington, D.C. metro area to speak about their work, careers, and discoveries. Featuring some of the most inspiring role models in Science, Technology, Engineering and Mathematics (STEM), this signature program of the Festival presents students with the latest discoveries in green technology, engineering, human health and medicine, astronomy and space exploration, nanotechnology, computer science, and more. 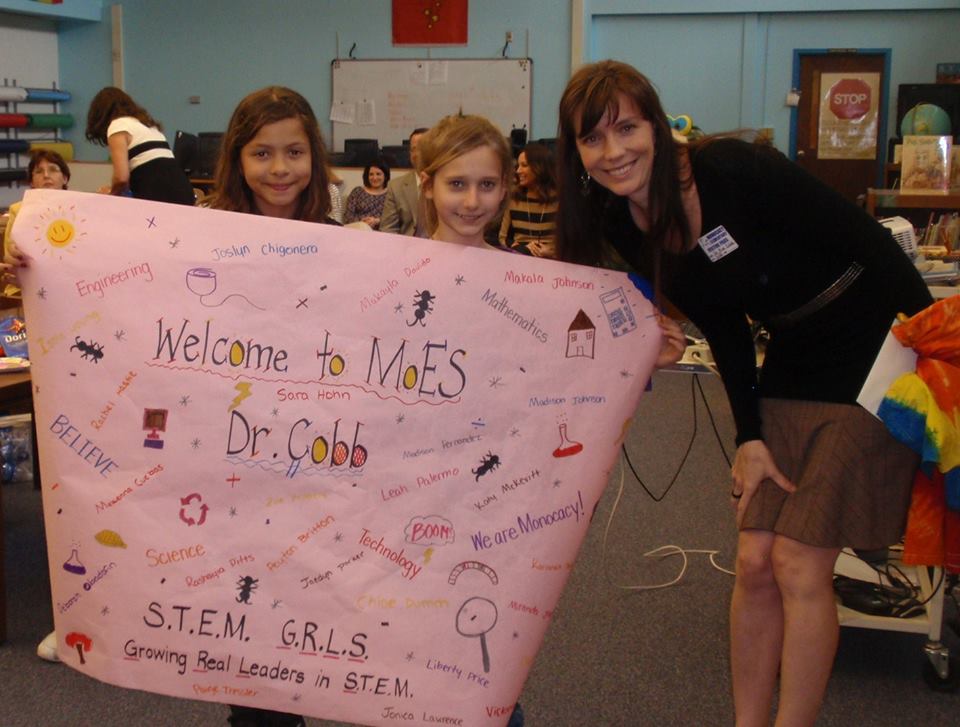 The Nifty Fifty program quietly launched in 2010. Officially kicking off in October 2013, the 2013/2014 program will close in April 2014. This year’s program will include schools in Maryland, Virginia, New York, California, and Washington, D.C., and is on its way to expanding to a fifty state effort. Schools can still apply to take part by going to: http://www.usasciencefestival.org/schoolprograms/niftyfifty.html. 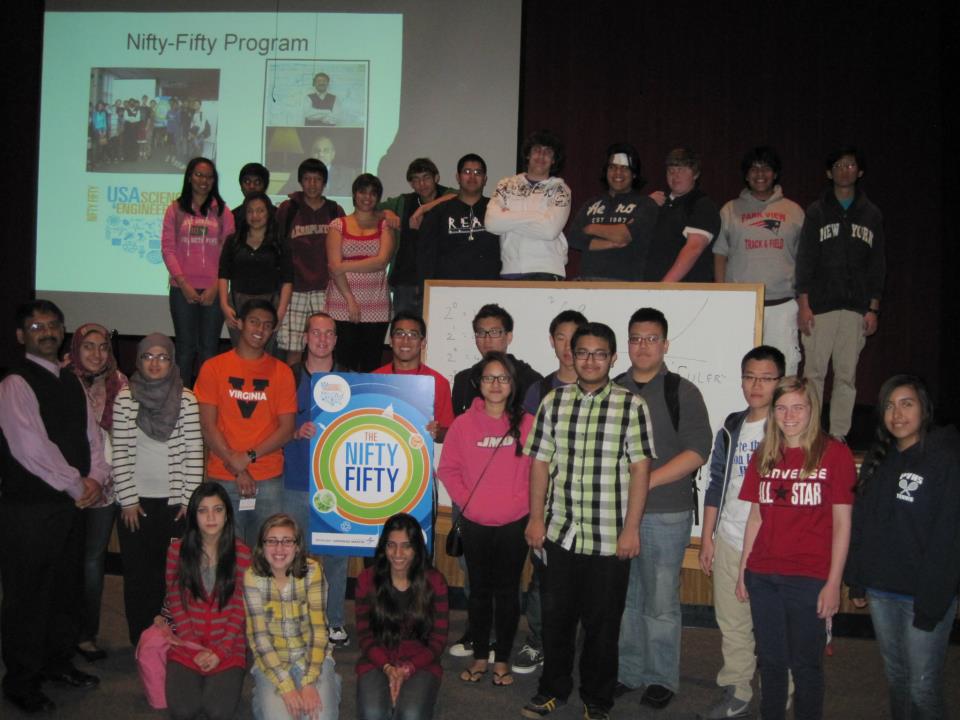 “The goal of the Festival is to create wonder and to inspire young people,” said Larry Bock, founder of the USA Science & Engineering Festival. He added, “The Nifty Fifty program is at the very core of our mission to stimulate and motivate students, exposing them to incredible role models who open new pathways for their futures in science, technology, engineering and mathematics.” 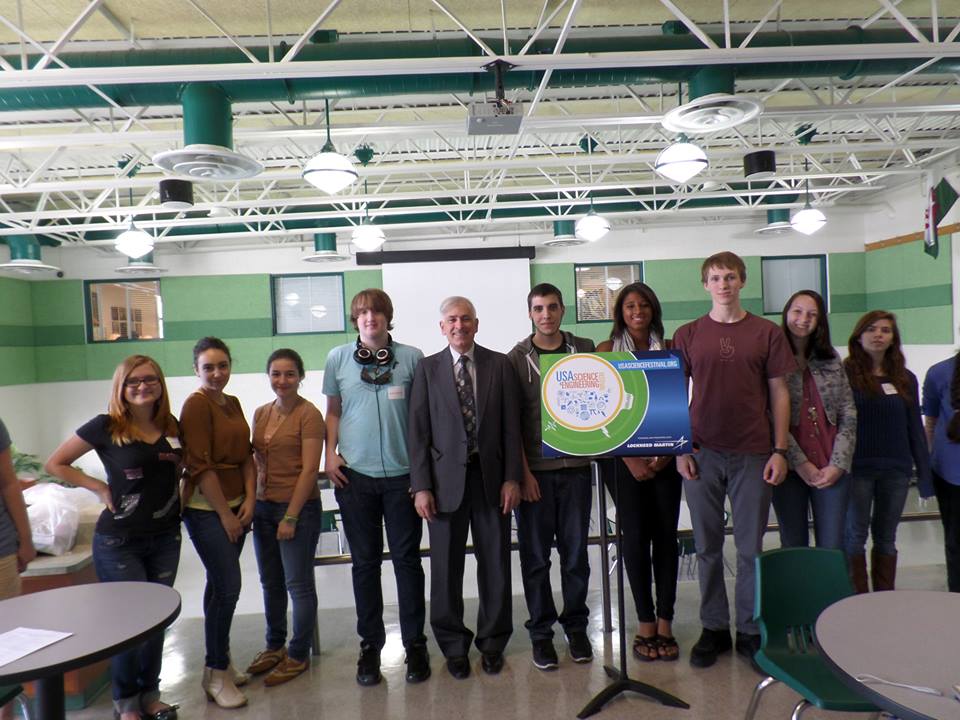 An incredibly diverse group of leading science and technology visionaries are taking part in this year’s Nifty Fifty, including: Dr. Reggie Brothers, Deputy Assistant Secretary of Defense, who ensures that America remains safe through science and technological innovation; Dr. Elizabeth Cottrell, Geologist, Smithsonian Institution, who will take students on a journey to the center of the Earth with her latest findings on volcanoes and the planet’s core and mantle; Dr. Anthony S. Fauci, Physician and Scientist, NIAID, who as Director of the National Institute of Allergy and Infectious Disease serves as a key advisor to the White House on a wide range of health issues, from the global AIDS epidemic to bioterrorism; Dr. Diandra Leslie-Pelecky, who studies the physics of NASCAR when not researching nanoscience; Dr. Donald A. Thomas, Astronaut, who has been on four different Space Shuttle missions but now focuses on motivating the next generation of young scientists as director of Towson University’s Hackerman Academy of Mathematics and Science; Dr. Geoffrey Ling, a world renowned specialist in brain and spinal cord injury who is revolutionizing the development of highly functional prosthetic limbs for returning wounded soldiers; Dr. Alfredo Quiñones-Hinojosa, a former migrant worker turned internationally known neurosurgeon and researcher at Johns Hopkins School of Medicine; and, Hayat Sindi, Ph.D. who works to overcome cultural and gender barriers in her native Saudi Arabia and has co-founded a biotech company that is changing the face of how developing countries diagnose disease.

To find out more about Nifty Fifty Speakers and many other Festival events and activities visit www.USAScienceFestival.org, connect with the Festival on Facebook, and follow us on Twitter @USAScienceFest.

By F. Mark Modzelewsk Effort will highlight STEM’s massive impact on vocational education and careers The USA Science & Engineering Festival (www.USAScienceFestival.org) is pleased to announce that mikeroweWORKS (mikeroweworks.com) will be hosting the “mikeroweWORKS Pavilion” at this year’s…

By Larry Bock  Co-Founder of USA Science Science & Engineering Festival  Seemingly as fast as the speed of technology, another new year is upon us, leaving us to ponder and predict what the next 12 months will bring. You only have to view a recent issue of Popular Science which lists the top…

The USA Science & Engineering Festival  is the proud recipient of the 2013 Hoyt S. Vandenberg Award from the Air Force Association in recognition of the Festival’s contributions to aerospace education and for its efforts in encouraging young people to pursue the fields of science, technology,…
Advertisment