"You couldn’t be here if stars hadn’t exploded, because the elements - the carbon, nitrogen, oxygen, iron, all the things that matter for evolution and for life - weren’t created at the beginning of time. They were created in the nuclear furnaces of stars, and the only way for them to get into your body is if those stars were kind enough to explode..." -Lawrence Krauss 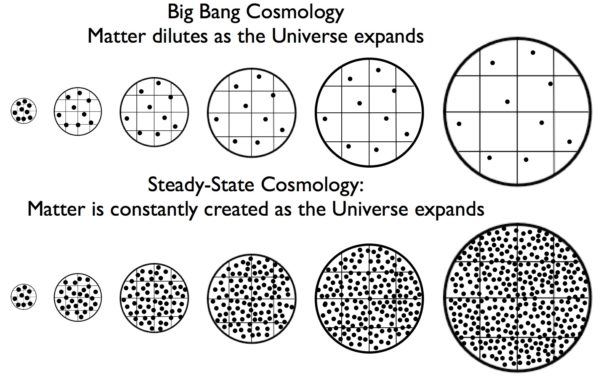 In the Big Bang, the expanding Universe causes matter to dilute over time, while in the Steady-State Theory, continued matter creation ensures that the density remains constant over time. Image credit: E. Siegel.

The Big Bang theorists preferred a Universe where the hot, dense stage of the early, post-Big Bang Universe created the heavy elements, while the Steady-State camp predicted those elements would originate in stars. 60 years ago, in 1957, theory and experiment came together to show that stellar nucleosynthesis is the answer. 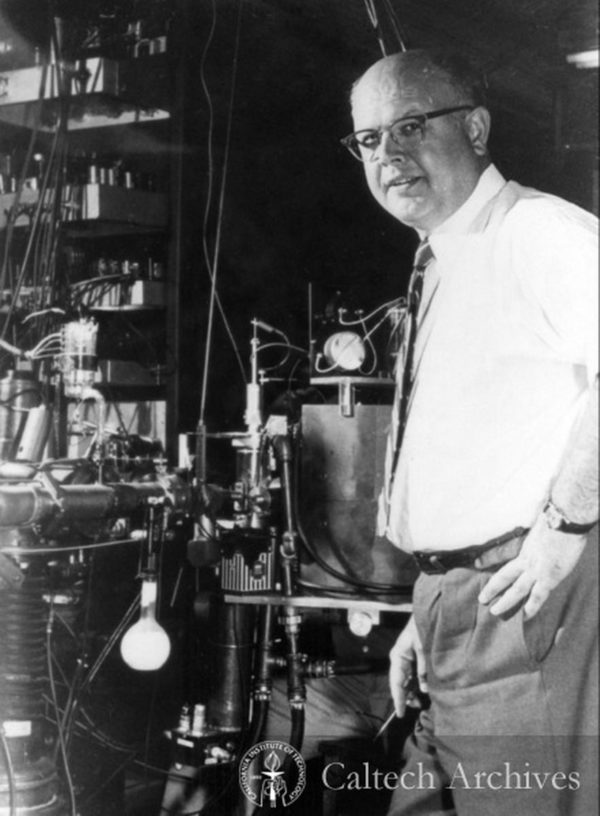 Willie Fowler in the W.K. Kellogg Radiation Laboratory at Caltech, which confirmed the existence of the Hoyle State and the triple-alpha process. Image credit: Caltech Archives.

That didn’t mean the Big Bang was wrong, but it did mean that the build up of the periodic table didn’t happen early; it happened late! Come get the full story thanks to the incredible Paul Halpern.

It’s a delightful contrast that Fred Hoyle, now known more as a champion of the failed Steady State theory, was one of the principles in developing the successful stellar nucleosynthesis theory.