Explore the Science of Happiness, Love and Other Emotions With Social Psychologist Dacher Keltner 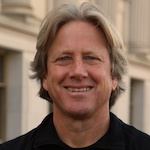 What are the origins our emotions, such as love, happiness, compassion and empathy -- feelings which help define us as humans?

Welcome to the research world of social psychologist Dacher Keltner where he is exploring the biological and evolutionary roots of these emotions in earnest. Widely known in his field, Dacher is professor of Psychology at the University of California, Berkeley and founding faculty director of the university's Greater Good Science Center.

His research focuses on three time-honored questions. The first is the origins of love, gratitude and other emotions and their relationship to social interaction. Says Dacher: ¨My laboratory is currently are looking at how individual differences in positive emotions, such as awe, compassion, desire, and pride, shape the individual's relationships, physical environment, and sources of pleasure.¨

A second focus is the study of power, status and social class, and his third area centers on the study of how humans negotiate moral concerns. ¨In studies of moral judgment, I have shown how emotions such as anger, sadness, and fear influence judgments of causality, fairness, and risk.¨ These studies also delve into related human behavior such as teasing, gossip, and jealousy.

His research has added new dimensions to the study of psychology, including among students. For example, at UC Berkeley, his class, titled The Science of Happiness, is regularly rated as among the university's most popular courses.

Dacher is the co-author of two best-selling textbooks, one on human emotion, the other on social psychology, as well as Born to Be Good: The Science of a Meaningful Life, published in 2009, which discusses the evolutionary factors related to the emotions that promote human goodness.

He has also published over 140 scientific articles, and has written for The New York Times Magazine and Utne Reader, and has received numerous national prizes and grants for his research.

His studies have been covered in TIME, Newsweek, the New York Times, the BBC, CNN, NPR, and in many other outlets. For his excellence in teaching and mentoring, he was selected as the Outstanding Undergraduate Research Mentor in 2002, and the Outstanding Teacher, Division of Social Sciences, in 2002. WIRED Magazine recently rated Dacher's podcasts from his course Emotion as one of the five best educational downloads, and the Utne Reader in 2008 selected him as one of its 50 most promising visionaries.

Dacher received his BA in Psychology and Sociology from UC Santa Barbara in 1984 and his Ph.D. in Social Psychology from Stanford University in 1989.