We're two games down in the big World Chess Championship. The challenger is Boris Gelfand of Israel, squaring off against the defending champion Viswanathan Anand of India. Both games were quick draws, but things have been a little more interesting than that makes it sound. Gelfand whipped out the Grunfeld Defense in game one, which has never been part of his repertoire. Game two was a Semi-Slav. Gelfand, perhaps, had slightly the better of it in both games, but neither ever strayed far from equality. Ten more games to go, so let's see what happens after we get past the feeling-out phase.

Meanwhile, the U. S. Championship continues apace. Here's a little tactical exercise from the first round. White was Hikaru Nakamura, black was Robert Hess. This position actually arose out of ye olde Evans Gambit, one of the oldest openings in the books. It is white to move and win: 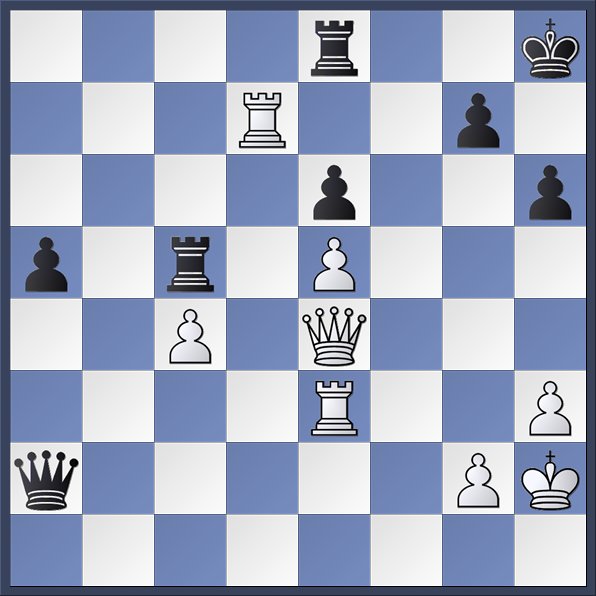 Of course, white can win prosaically with 1. Rg3 or 1. Qg6. Black's pieces are just too far away from the kingside to help with the defense. But Nakamura found the flashiest, and most convincing, win. Answer below the fold. 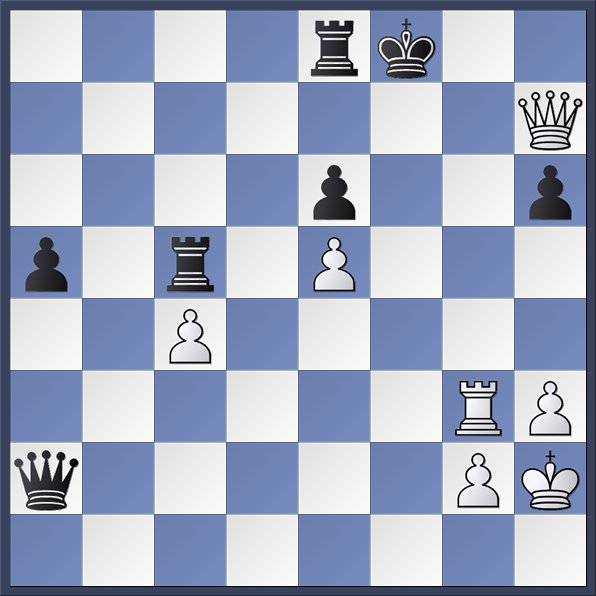 Now black is up a rook, but he is just helpless against the threat of mate on g7 or g8. A nice win for Nakamura!