After some nervous moments, Viswanathan Anand defeated Boris Gelfand to keep the title of World Chess Champion. When the classical games resulted in a tie (one win for each with ten draws), the match was decided via a mini-match of four rapid games. All four of the games were exciting and hard-fought, with neither player making the most of his chances. The first game was a draw after Anand mishandled what was probably a winning position. Game two was a real barn-burner. First Anand seemed to be winning easily. Then Gelfand showed some impressive bishop-fu to take over the advantage. But then he pressed to hard to try to win and ended up on the weaker side of a drawish endgame. Still, at a normal time control Gelfand would have drawn easily. But with only seconds left on his clock he blundered and lost.

Gelfand might have gotten right back into it in game three. The position below will serve as today's tactical exercise. It is Gelfand, playing white, to move: 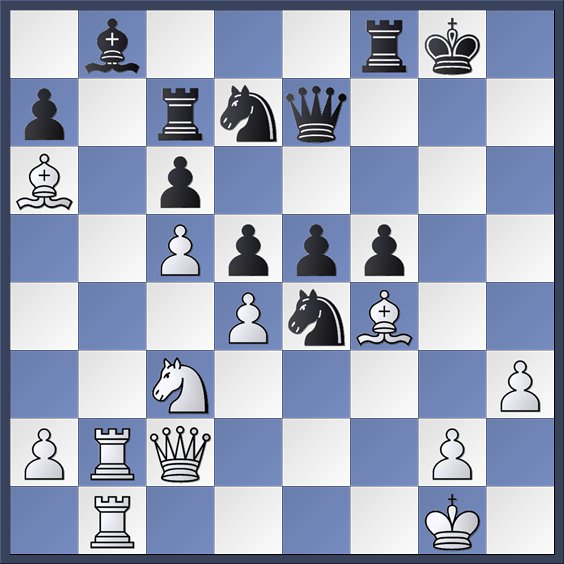 Black just moved his pawn to e5, blocking white's dark squared bishop on f4. Play continued 1. Bxe5 Nxe5, and this is where Gelfand missed his chance. He played the seemingly obvious 2. Rxb8, which squanders much of white's advantage. Instead he should have played the zwischenzug 2. Nxe4!, leading to this position: 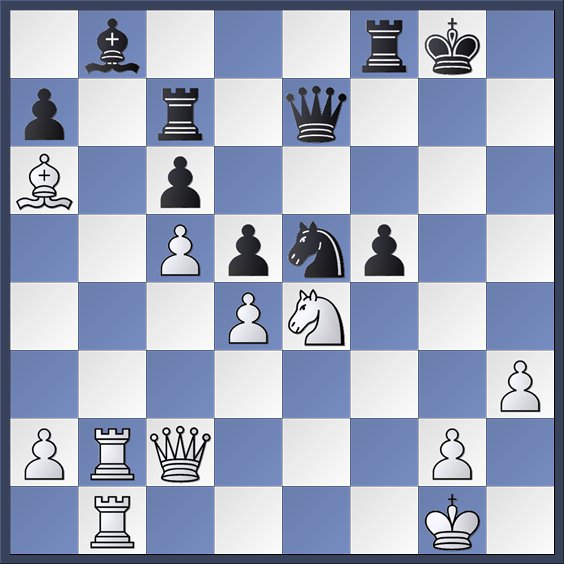 What does black do now? If he replies with 2. ... fxe4 white plays 3. dxe5, and suddenly black's bishop on b8 is all kinds of screwed. Seriously, there is no way to protect the bishop from white's marauding rooks. Black can keep from losing further material with 3. ... Nd7, but after 4. Nd6, white has both a material advantage and an overwhelming position.

This left Gelfand in the unenviable position of having to win with black in the final game. He gave it his best shot and generated a solid initiative, but Anand's defensive skills were up to the task.

So Anand remains the world champion. There had been some speculation prior to the match that Anand would retire at its conclusion, but so far he has made no official announcement to that effect. Clcik here for post-match comments from both Anand and Gelfand.

Why is your chessboard icon turned 90 degrees?